‘Get Smart’ About the Business of Your Book 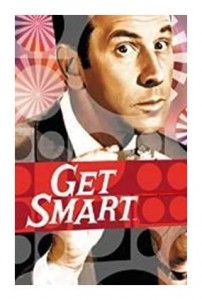 Distribution is not a dirty word. No one talks about it much in literary circles and it is something you may not have thought much about as an author.

Perhaps you are more conscious of its importance when it comes to films and music. Distribution determines what movies appear in which theaters. What selection of music is available as CDs in a brick-and-mortar store or from an online music seller like iTunes depends on distribution.  Anyone these days can make a movie or an audio recording and upload it to the internet.

Getting found and getting paid? That’s a different story. If you want your movie screened in theaters, your CD in music stores, or your book into Barnes & Noble, you need a publisher with a good distributor.

Distribution involves the methods by which producers deliver goods or services to consumers.

What do distributors do?
They provide sales, marketing, credit and collection services, warehousing, inventory control, order fulfillment, shipments, and delivery of books to wholesalers and retailers. This is a part of the publishing business largely ignored by aspiring authors.
The distributor’s sales reps meet with booksellers and sell your book from their catalog. A distributor represents a group of imprints and/or publishers. Distribution determines your major hurdle as a self-published author or your success in the commercial trade. Bookstores, libraries, schools, gift shops, museum stores, and other vendors buy inventory through established distribution channels.
How does distribution in book publishing work? 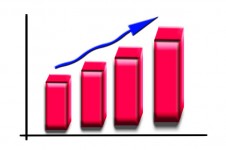 Publishers sell books to distributors at 60% off list price and they resell them to wholesalers and retailers who sell them to readers.

Yes, I did say 60% discount. For some authors (usually those who took all English classes and avoided Business and Economics), this sticks in their craw and they get it in their head they can eliminate the ‘middle man’ and increase their profit margins. Think again. In economic terms.

When you go to the grocery store you pay a list price for a tomato. Consider the farmers who pay to haul their produce to sell to wholesalers and retailers who truck it to their stores and markets. Of course the farmer would like to be paid the retail price for every perfect tomato. The reality is the farmer isn’t in the retail business and every hour spent selling is an hour not spent growing tomatoes. In order to most efficiently bring produce to market, farmers sell their produce at less than the retail price. Significantly less.

This is true of more than tomatoes. The mark-up on retail merchandise is much higher on goods other than books.

Production. Consumption. Distribution. Three parts to the economic process of publishing. The producers are the publishers and book buyers are the consumers.

Who are the distributors of books?
The big traditional commercial publishers – Hatchette, Penguin Random House, HarperCollins, Simon & Schuster – are their own distributors. 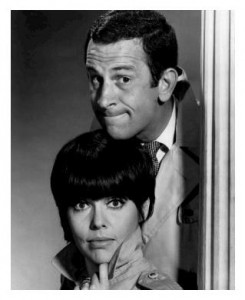 two are now owned by Ingram). They provide access to sales channels for small, independent, and academic publishers. There are two distributors who serve as the world’s largest and most trusted distributors of content to libraries and schools: Baker & Taylor and Ingram.

If you are an author who is considering a contract from a publisher, ask about distribution. The success of your book depends on it.

This first appeared in the Swenson Book Development Newsletter. Please subscribe to our once a month newsletter.