Two novels. Both are set during the Second World War and yet neither is a war story. 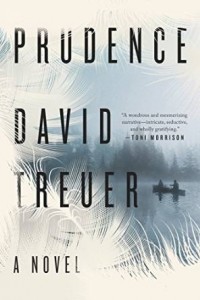 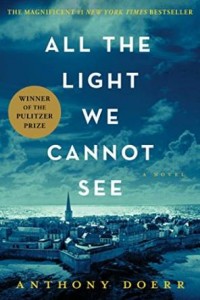 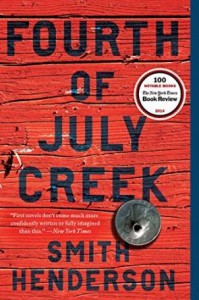 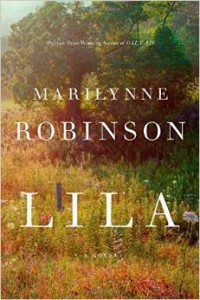 Smith Henderson’s Fourth of July Creek comes highly recommended by Cathryn Prince and it is one of three novels on my short list for July. Trying to help an undernourished and nearly feral 11-year-old boy in Montana, social worker Pete Snow comes face to face with Benjamin Pearl’s profoundly disturbed father, Jeremiah. Pete’s family starts to spin out of control and it puts him in the center of a massive manhunt when Jeremiah Pearl’s paranoid survivalist activities spark the interest of the FBI.

Kate Atkinson’s A God in Ruins and Marilynne Robinson’s Lila: A Novel are the other two works of fiction I plan to read this summer and study as a writer. Robinson revisits the characters and setting of her two previous novels Gilead and Home with this story of the minister John Ames’ wife, Lila. Family, secrets, faith, and grace are themes to Robinson’s novels. Kate Atkinson in Life After Life explored the possibility of infinite chances and the power of choices as Ursula Todd lived through turbulent times in the last century over and over again. Atkinson covers the same century – now from the POV of Ursula’s younger brother, Teddy. “He had been reconciled to death during the war and then suddenly the war was over and there was a next day and a next day. Part of him never adjusted to having a future.” 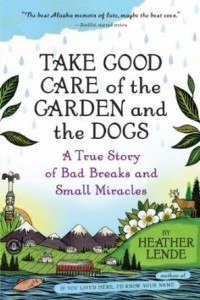 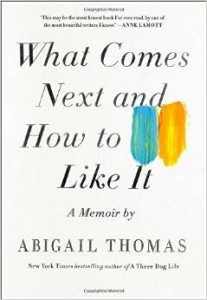 Four memoirs. Two are by authors whose previous books are like old friends. Abigail Thomas, A Three Dog Life, and Heather Lende (Take Good Care of the Garden and the Dogs, and If You Lived Here, I’d Know Your Name) have new books out this spring.

In her bestselling and beloved memoir, A Three Dog Life, Abigail Thomas wrote about the tragic loss of her husband. In her new book, What Comes Next and How to Like It: A Memoir, Thomas writes about aging, tragedy, friendships, and canine companions. This is the story of how she faces whatever comes next with grace, compassion, and courage. Some say there are two kinds of memoirs. One type offers an extraordinary story. The second is an ordinary story told in an extraordinary fashion. Thomas writes the second kind. You will be tempted to underline sentences to reread for the mastery of writing craft. 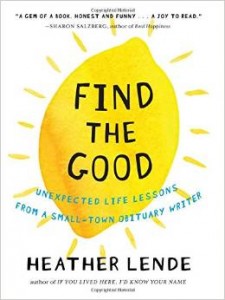 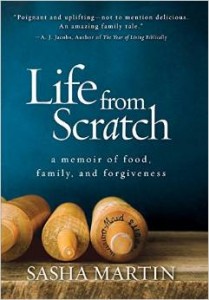 Sasha Martin, Life from Scratch, is the third memoir on my list. Martin takes the reader on a journey without leaving home. Her four-year culinary obsession to eat a meal from every country in the world from her Tulsa kitchen went from a stunt memoir to a poignant and critical examination of her relationship to her mother, men, and memories. The subtitle, ‘a memoir of food, family, and forgiveness,’ suggests the universal themes of her story. How Martin accomplishes this move from stunt to stunning writing is why I plan to read this book. 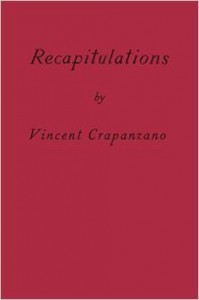 Vincent Crapanzano is a distinguished anthropologist whose memoir, Recapitulations, is written as a wistful novelist would; watching himself as if he were someone else. When I was a graduate student in the 1980s I read his book, Tuhami: Portrait of a Moroccan, and it left a strong impression. He presented Tuhami’s bizarre account of himself as married to a camel-footed she-demon. A master of magic and a superb storyteller, Tuhami lives in a hovel near the kiln where he works as an illiterate tilemaker. Crapanzano pointed out the limits of anthropology and draws on phenomenology, psychoanalysis, and symbolism to explore what is real and what is true. The Hamadsha: A Study in Morocccan Ethnopsychiatry by Crapanzano made the ritual self-mutilation of this sect of Islam comprehensible to a white girl from Wisconsin who couldn’t fathom faith-based back slashing and head banging. But it was his work Waiting: The Whites of South Africa that I won’t ever forget. Crapanzano argued the focus of attention is wrongly placed on the victims of apartheid and not enough attention on the victimizers. So Crapanzano lets the whites in a village near Cape Town speak of their past and future, their attitudes and expectations, their feelings and beliefs about blacks and coloreds, their reactions to criticisms from abroad. Painful to read, it laid the problem bare. Now Crapanzano has turned the lens to his own life growing up the son of a psychiatrist on the grounds of a psychiatric hospital, his school years in Switzerland, and then at Harvard in the 1960s, his personal affairs, travels, and teachings. I expect him to put the nails in the coffin of modern Anthropology. 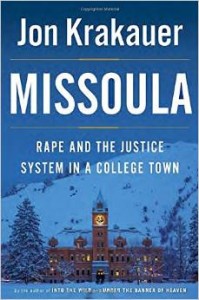 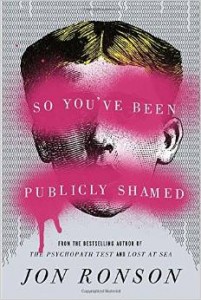 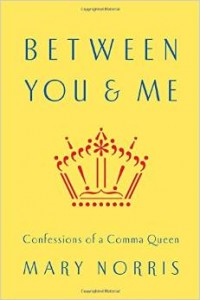 Jenna Goodman recommends Missoula: Rape and the Justice System in a College Town by Jon Krakauer. The Department of Justice investigated 350 sexual assaults reported to the Missoula, Montana, police between January 2008 and May 2012 and few of them were properly handled by either the university or local authorities. Krakauer reports the human drama behind this national plague of campus rape.

One of my favorite science writers, Deborah Blum, happened to have been in South Korea with Sir Tim Hunt at the World Conference of Science Journalists earlier this month. “The problem with girls in science labs” catapulted into the Twitterverse and within days Hunt resigned his academic position after it became clear he’d been given an opportunity to retract his statement and instead doubled down. This happened the same week as the Texas pool party where police overreacted. The white woman who phoned in the complaint of too many blacks in her neighborhood was fired from her job in response to the social media outcry. And then Rachel Dolezal was outed as a white woman passing as black. Days later Dylann Storm Roof killed 9 parishioners at AME in Charleston. So You’ve Been Publicly Shamed by Jon Ronson is a book I plan to read as I think about these current cases and news events. Hat tip to Rob Costello whose review bumped this one up my list.

Mary Norris is an editor whom I adore. She started working at The New Yorker in 1978 and has been a query proofreader at the magazine since 1993. Her expertise and wisdom is legendary. Between You & Me: Confessions of a Comma Queen promises to be a laugh-out-loud boisterous book. Can’t wait to read it? You can watch Mary Norris in these New Yorker videos of the Comma Queen.

What will you read this summer?

One thought on “Recommended. Summer. Reading.”