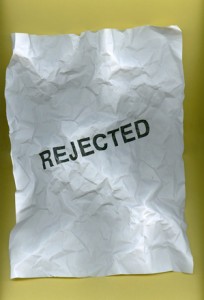 skip the stories about famous books that were rejected thirty, forty, or fifty-seven times before getting published and becoming well-loved classics. And forget about Stephen King’s nail on the wall that became so heavy with rejections it pulled loose from the wood. Intellectually, we all know rejection is a part of the game, but emotionally… well, emotionally, it’s a different story. So how can we deal with it better, which is to say without becoming bitter, disheartened, or outright depressed?

The truth is, successful writers have all found a way to deal with rejection. They accept it or, at least, work through it. As a test of this statement, consider what happens to those who bow under the pressure: they stop writing. From this perspective, then, it’s really a problem of movement. Of momentum. Successful writers are those who keep moving. They, like everyone else, face rejection and keep going. No matter if it’s a form letter, an editor or agent writing personally to say, “thanks, but no thanks,” or a bad review, the professional writer continues to write.

Here are some ways to keep the momentum going after a project is rejected:

Reframe rejection as a positive step in your growth and development as a writer. Consider looking it this way: you’ve worked hard creating a story or maybe even a full book manuscript. You’ve edited and rewritten and edited. You’ve researched markets, and, finally, submitted. To a certain degree, it’s a case of mission accomplished. The next step is a binary decision on the part of another person: yes, or no. Either way, you’ve worked hard and put yourself out there as a writer. Well done.

Give yourself an appropriate time frame to feel badly about a rejection before moving on. Some of us have intense emotions that need to be explored/expressed. That’s fine, but set limits. Whether the limit is five minutes (to rant and rave with the door closed and all the windows shut), or two days, stick to it. As soon as it’s over, say, “okay, that was________. Now, it’s time to get to work.”

Find a writer friend who understands. Talk it through or, even better, send an email update that identifies the rejection but closes with the next positive step you intend to take, which could be rewriting the piece, starting something new, querying a new batch of agents, or hiring a professional editor.

Think of it not as rejection but as feedback. A “no” or “this isn’t right for us” is simply feedback from one person about your work. Provided that it isn’t outright malicious, feedback is good. Read it, consider it, and plan your next step. That’s all you can do. It’s all you should do. If you hear the same thing from two or more sources, such as a comment about the unlikeability of your main character, consider it more strongly. 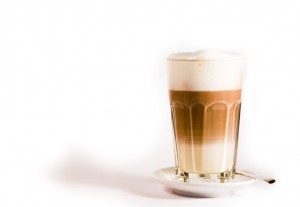 rejections with small, sustainable rewards (for working hard and putting yourself out there as a writer). A five-dollar cup of coffee with ridiculous amounts of caramel and cream. Or how about this: a great book at your favorite bookstore!

If you have writer friends whose careers are skyrocketing, and hearing about their success makes you feel bad – even though, intellectually, you’re happy for them – it’s okay to give yourself some distance.

I don’t know of a single author who has been successfully published without facing rejection. I like to consider it a part of the process, like blisters on a marathoner’s feet or callouses on the guitarist’s fingertips. Rejection is the proof you are out there trying. Those who don’t submit their work don’t get rejected. Those who don’t get rejected don’t get published. Therefore in order to get published, you need rejection. Use it as a stepping stone to your success.

3 thoughts on “Dealing With Rejection”