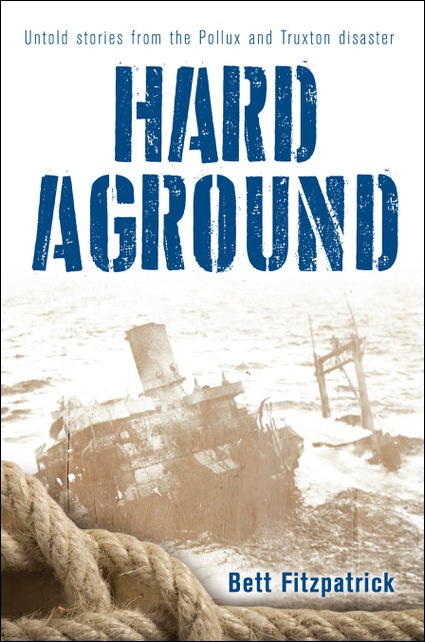 In the pre-dawn hours of February 18, 1942, three American warships zigzagged in convoy along the south coast of Newfoundland. Caught in a raging blizzard, the three ships ran aground on one of the most inhospitable stretches of coastline in the world—less than three miles apart, within eight minutes of each other. The Wilkes freed herself. The Truxton and Pollux could not. Fighting frigid temperatures, wild surf, and a heavy oil slick, a few sailors, through ingenuity and sheer grit, managed to gain shore—only to be stranded under cliffs some 200 feet high. From there, local miners mounted an arduous rescue mission.

In Hard Aground, based on eyewitness accounts of survivors and rescuers, and corroborated by archival and historical research, Bett Fitzpatrick tells the story of the men who saved themselves, the miners who carried survivors up the cliffs on their backs, and to the people of St. Lawrence who opened their homes and their hearts to the victims. 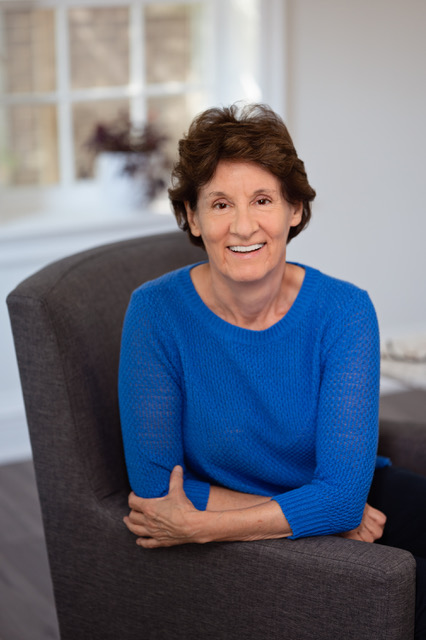 Among them are seaman Edward Bergeron, who scaled the cliff and brought help, Lanier Phillips, the only black man to survive, Ena, who collected food and blankets and snapped the only pictures of that horrific day, and Clara, who took the last survivor home and nursed him through the night.

Bett (Dorion) Fitzpatrick, grew up in Newfoundland when there wasn’t a child who didn’t know the story and the people who carried up the cliffs the 186 U.S. service men who survived the shipwrecks of the USS Truxton and USS Pollux. Award-winning author of Melanie Bluelake’s Dream (1995), Bay Girl (1998), and Whose Side Are You On (2001), Fitzpatrick retired from teaching and lives in Kitchener, Ontario, where she practices yoga, hikes weekly, and writes almost every day.

To celebrate the launch of Hard Aground (Boulder Books) on November 17 (see the Facebook event for details), I am pleased to share this interview with Bett for Swenson Book Development.

Audrey Arnold: What inspired you to write this book?

Bett Fitzpatrick: As a child, I heard tales of the Truxtun and Pollux running aground in Chambers Cove. My cousins and I spent many summer afternoons on the barrens above the cliffs. We youngsters played in the brook while the adults filled flour sacks with cranberries and partridgeberries, enough to last the winter. When the berry picking was done, they made a fire in the gully for a mug-up: raisin buns, bread and molasses, and sugary tea. In the fall, the men roamed the coastline gunning for ducks, but everyone stayed clear in the winter. It wasn’t until I was a teenager and Joe Doyle shinnied down the cliff one summer day and scrambled back up with a button in his hand that I began to wonder about the why and how of the disaster.

Audrey: Tell us about your journey through writing and publishing Hard Aground. What has it been like?

Bett: Hard Aground evolved over a period of twenty years, first in my head and then in my heart. The events were so compelling I originally intended to write a non-fiction book. However, what moved me most was the heart of the story­—the compassion, the humanity, and the heroics of those who lost their lives, those who survived, and those who rescued them. In the end, I decided to write an amalgam of both: part non-fiction, using documented information about the places, dates, events, and actual people, and part historical fiction, creatively telling the story using crew from the Truxtun and Pollux and rescuers from St. Lawrence and Lawn.

Audrey: What would you say was the largest hurdle you’ve had to overcome in writing and publishing this book? 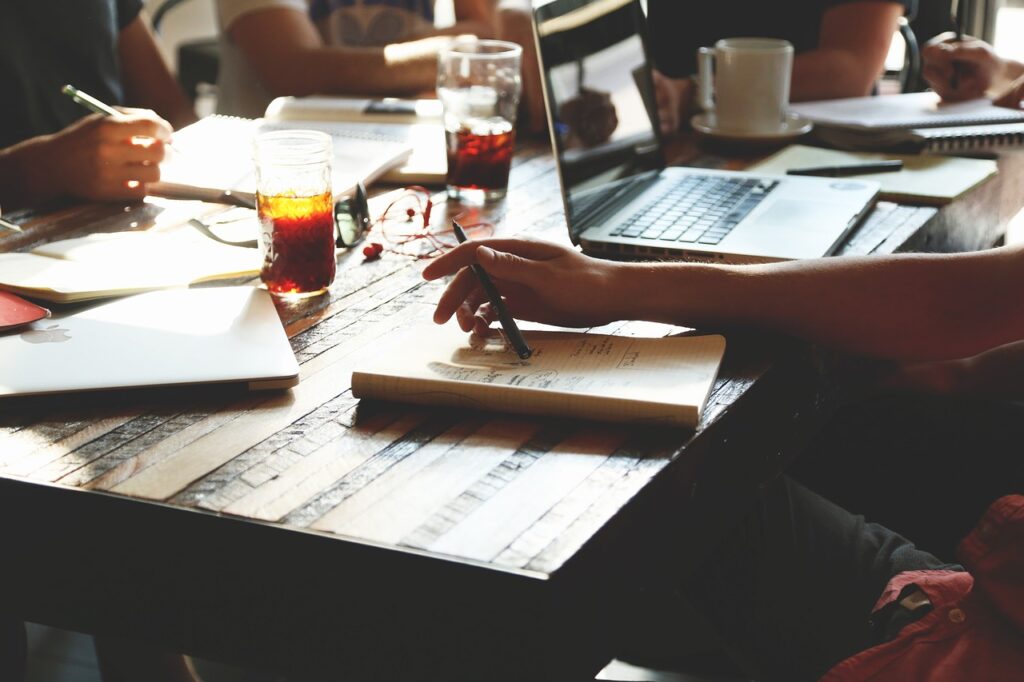 The most difficult part wasn’t the writing itself but how to approach the story, how to rein in the accounts of three ships running aground as well as the rescue operation. The first draft consisted of vignettes as a way of setting the parameters of the story down on paper. From there, I decided to try free verse and rewrote the whole manuscript using that form, though a poet I am not! Years later, through discussions with Jill as a development editor, I settled on telling the story through the characters. When the manuscript was accepted by Boulder Books I worked with a structural editor regarding timing and the order of events. It was indeed a learning process!

Audrey: How has your journey toward publication impacted you, and what was your favorite part of this whole process? 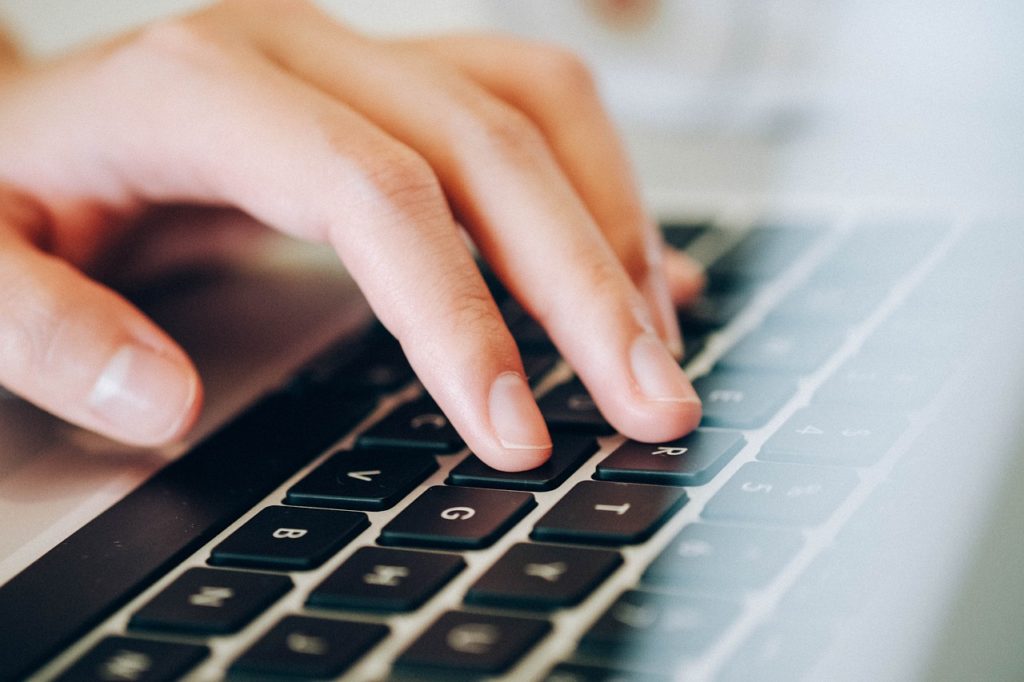 Bett: After a hiatus from writing which lasted about ten years, I once again began to feel like a writer, and I loved it! My favorite part is settling at my desk and just writing. I can play with a word, a phrase, or a sentence for hours! And I like working with editors through the editing process as well. This person’s whole focus is to make my manuscript sing! I may not always agree when my editor wants to change some wording to which I am attached, but after leaving it overnight, I can usually see the wisdom in their remarks and appreciate their insights and guidance in making my manuscript the best it can be.

Audrey: What impact do you hope your book has on readers?

Bett: Hard Aground is inspired by true events and real people. While it has been eighty years since the USS Truxtun and the USS Pollux ran aground just a few kilometers along the coast from where I grew up, the event is still commemorated every year on February 18. For years, many of the American sailors who survived visited St. Lawrence and the sites of the shipwrecks. I would like to keep the memory of the survivors and their rescuers alive.

Hard Aground deals with a little-known aspect of World War II in bringing to light not only the largest noncombat disaster in American Navy history, but an over-looked Canadian/American connection during the war years, adding a distinctly North American element to a conflict which was otherwise waged in the Pacific and European theatre.

This is a story of tragedy, of everyday heroism, and the very best of human nature.

Get your copy of Hard Aground today!

One thought on “Keeping History Alive—an Interview with Bett Fitzpatrick”