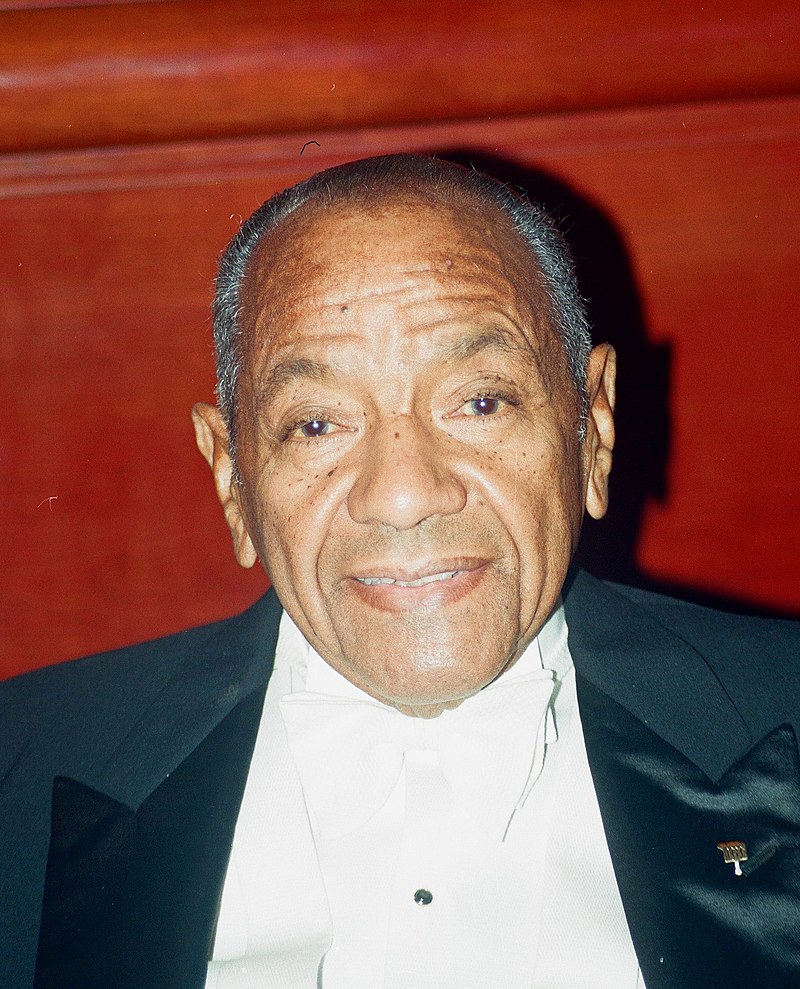 As many of you may know, February is Black History Month. President Gerald Ford recognized it during the celebration of the United States Bicentennial in 1976, urging Americans to “seize the opportunity to honor the too-often neglected accomplishments of black Americans in every area of endeavor throughout our history.” Today, we at Swenson Book Development would like to take time to recognize one outstanding man, Carl T. Rowan, and his incredible achievements.

Carl Rowan, born on August 11, 1925, was a journalist, author, and television commentator, and he is the only journalist to have won the Society of Professional Journalists’ Sigma Delta Chi medallion three years in a row. Growing up during the Great Depression, Rowan’s family was poor, and in his autobiography Breaking Barriers, he writes about having “no electricity, no running water, no toothbrushes, no telephone, no radio, and no regular inflow of money.” 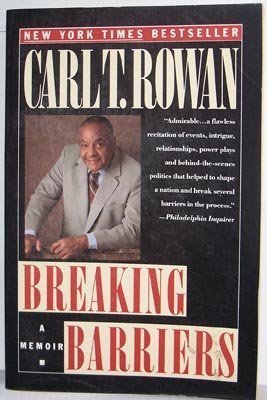 However, he didn’t let his impoverished circumstances stop him from getting an education. An article on blackpast.org states, “One of young Carl’s teachers encouraged him to read and write as much as possible, even going to the library for him because, as a black person, Rowan wasn’t allowed to check out books for himself.” Rowan graduated as valedictorian from Bernard High School in 1942, going on to enroll in the Tennessee Agricultural and Industrial State College with money that he’d saved up working at a hospital for tuberculosis patients.

When the United States entered the Second World War, Rowan entered the Navy and became one of the first fifteen African Americans to receive a commission as an officer during World War II. This commission, Rowan stated, changed his life by allowing him to use the G.I. Bill of Rights to earn a college degree. In 1947, He graduated from Oberlin College in Ohio with a bachelor’s degree in mathematics, and the following year, earned a master’s degree in journalism from the University of Minnesota.

Rowan’s first job in journalism was for the Minneapolis Tribune as a copy editor, and in 1950, he became one of the first African American reporters for a major newspaper. He covered the war over the Suez Canal in 1956, as well as events in Europe, India, Pakistan, and Southeast Asia, and in the Deep South, he wrote articles about the civil rights movement, including the Supreme Court’s desegregation ruling. Because of his excellent work as a journalist, Rowan became the first African American to receive the Minneapolis “Outstanding Young Man” award. 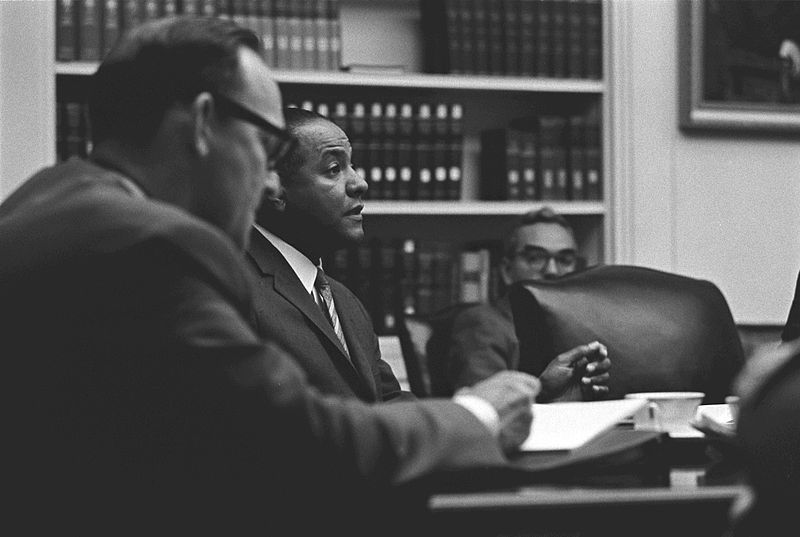 The New York Times says that “his passionate reporting on race relations made him one of the most highly visible and vocal black men in America,” and in 1961, President John F. Kennedy appointed Carl Rowan deputy assistant secretary of state for public affairs, during which time he was a part of press coverage of U.S. military involvement in Vietnam. He then went on to become a United Nation delegate during the Cuban Missile Crisis, U.S. Ambassador to Finland, and finally, director of the U.S. Information Agency, during which time he became the first African American to hold a seat on the National Security Council.

In 1965, Rowan resigned from government work to write a newspaper column, published three times a week, for the Field Newspaper Service Syndicate and to appear as a television commentator. Rowan once stated, “First, I see myself simply as a newspaperman and commentator. I inform people and expose them to a point of view they wouldn’t get. I work against the racial mind-set of most of the media.” 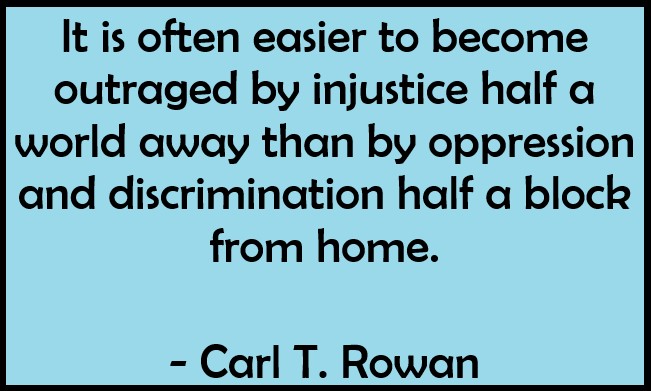 After learning about black students who were “embarrassed to stand when their names were called in an honor roll ceremony,” Rowan started Project Excellence in 1987, a scholarship program “designed to make it easier for top-performing African American high school students to attend college.” By the time of his death in 2000, “the program had given out twenty-six million dollars in scholarships to over eleven hundred fifty students,” according to noteablebiographies.com.

During his lifetime, Carl Rowan authored eight books, including biographies of Jackie Robinson and Thurgood Marshall, wrote columns that appeared in over one hundred newspapers, appeared regularly in both radio and television commentaries, and was a “frequent lecturer.” In 2001, U.S. Secretary of State Madeleine Albright named the State Department’s press briefing room after him, calling it the Carl T. Rowan Briefing Room. Truly, the world benefitted from the work of such an incredible man. His son, Carl Rowan Jr., once stated regarding his father, “[He] viewed himself as a pioneer for racial justice, and he understood that the best defense against discrimination was an aggressive offense of education and a commitment to excellence.”