For 26 years, the Reader’s Loft bookstore in Green Bay has served the community, but on August 31, the store closed its doors. This comes following store owner Virginia Kress’s announcement of her retirement on the Reader’s Loft website and Facebook page. “These past 26 years have brought so much joy I don’t even know how to properly express it,” she writes, “Not just the books themselves but all the people that have come into my life as a result; customers, authors, and co-workers alike. My goal from the beginning was to create a haven from the frantic world we all find ourselves living in. I hope you have found over the years that The Reader’s Loft was a place of refuge and peace for you. From our book clubs to writing circles to poetry readings I hope you have also found nourishment for your mind and soul. I will miss you all!”

However, the announcement wasn’t all sad news. Kress also revealed that Amy Mazzariello, who worked as the bookstore’s buyer and events coordinator for 13 years, will be opening a new independent bookstore in downtown Green Bay called Lion’s Mouth. Opening in October, the new bookstore will be located at 401 N. Washington St., but “will offer the same basic services as [the Reader’s Loft], featuring new and used books, specialty gifts and cards, searches for out of print books, online sales of both new and used books, space for reading and writing groups, story times for kids, and various other literary special events.” Lion’s Mouth Bookstore’s website is set to be ready by the end of September.

Already a big part of the area’s literary community, Mazzariello is also board Co-President of Green Bay’s UntitledTown Book and Author Festival, which has brought in several notable authors, such as Margaret Atwood, R.L. Stine, Roxanne Gay, Susan Orlean, Walter Mosley, and many more. Lion’s Mouth Bookstore’s location in the heart of downtown will put it right in the center of UntitledTown’s festival activities, making it a convenient location for festival-goers to stop in and browse for books to be signed. 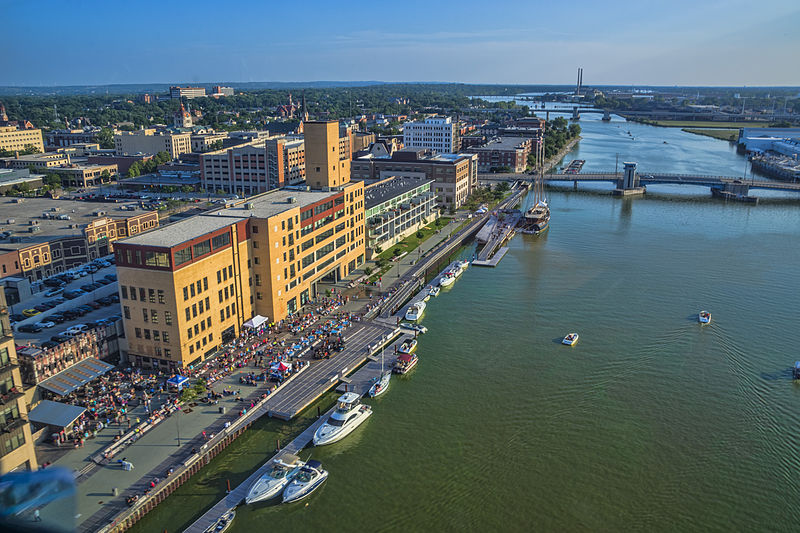 “I am looking forward to being in the Downtown District,” states Mazzariello on the bookstore’s Kickstarter page, “There are a number of hotels, the Brown County Central Library, the court house, the Meyer Theater, corporate offices, condos and apartments, the Fox River Trail, and the CityDeck, a place where kids tend to gather and hang out. I really think as a bookseller it is important to be where the kids are. They are our future readers after all, and I want Lion’s Mouth to help create a book culture for them, too.”

The store’s Kickstarter aims to create a group called “the Friends of Lion’s Mouth,” and donations to the campaign will go towards funding community events in the greater Green Bay area for the first two years that the bookstore is in business.

Mazzariello writes that she is “working towards cultivating a book culture in an area largely known as Packer Country, and she is eager to see what this next chapter will reveal.”

In the pre-dawn hours of February 18, 1942, three American warships zigzagged in convoy along the south coast of Newfoundland. Caught in a raging blizzard, the three ships ran aground on one of the most inhospitable stretches of coastline in the world—less than three miles apart, within eight minutes of each other. The Wilkes freed herself. The Truxton and Pollux could not. Fighting frigid temperatures, wild surf, and a heavy oil slick, a few sailors, through ingenuity and sheer grit, managed to gain shore—only to be stranded under cliffs some 200 feet high. From there, local miners mounted an arduous rescue mission. In Hard Aground, based on END_OF_DOCUMENT_TOKEN_TO_BE_REPLACED