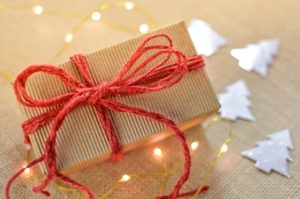 Looking for something to read or gift this holiday season? Here are my book recommendations for the best of 2017. None of these titles are written by my clients. Each one of these books is something I’ve enjoyed as a reader during the last year and give you my best word-of-mouth recommendation. I read four or five books a month for pleasure and these are at the top of my list for 2017.

The Twelve Mile Straight: A Novel by Eleanor Henderson

It was her first novel, Ten Thousand Saints, which hooked me on Eleanor Henderson’s writing and I liked the book better than the movie. But this novel is exquisite. An American classic novel. Good to the last page. Set during the Depression in rural Georgia, this story of two young women, one white and one black, is captivating for the way it explores and exposes relationships between men and women, blacks and whites.  The creative way she carries threads of the story through the entire manuscript is worth noting. For the central plotlines, they are mythic and epic. No spoilers here.

This debut novel stars a young female autistic protagonist for the reader to champion. Ginny Moon tells her own story in her own words. When Ginny was taken from her birth mother, she left baby doll behind and is desperate to get it back and make things right. The Moons adopted Ginny and she is in a much less dangerous place with her forever family. But she finds her mother online and plans her escape. Benjamin Ludwig came to the Fox Cities Book Festival and I enjoyed his presentation on voice and character.

The Hate U Give by Angie Thomas

Considered Young Adult and running in the #1 New York Times bestseller list for months and months, Angie Thomas’ debut novel will blow you away. Starr Carter lives in a poor neighborhood and attends a fancy suburban prep school. She witnesses the fatal shooting of her childhood best friend Khalil at the hands of a police officer. Khalil was not armed. The title comes from Tupac Shakur lyrics. T.H.U.G. stands for The Hate U Give. Soon to be a major motion picture.

The New Yorker called it the greatest American novel you’ve never heard of and every few years another bestselling author claims its perfection and influence. Bret Easton Ellis called the novel “almost perfect.” Ian McEwan calls it beautiful. Emma Straub says it’s the most beautiful book in the world. Rumor has it Casey Affleck has been cast to star in an adaptation of Stoner. This cult-favorite 200 page novel was originally published in 1965 about an undistinguished English college professor, workplace politics, marriage, daughter, affair, and love for teaching and pursuit of literature. The cold, plain, factual narrative flows like a river. Crisp, clear, and fast.

Books for Living: Some Thoughts on Reading, Reflecting, and Embracing Life by Will Schwalbe

From the author of End of Your Life Book Club, Will Schwalbe has another book that is for anyone who enjoys reading. It’s a love story to reading good books and their power to save us. Reading is more than entertainment, though there is that. This is the second time I’ve gotten to meet Will Schwalbe in Appleton for the Fox Cities Book Festival and he’s a kindred spirit, a book lover. Books are also a way to make sense of the world, to find answers to essential questions we may not have even been able to ask but wanted or needed to know. Each chapter is about a book that came into Will Schwalbe’s life when he needed it. Book help us honor those we’ve loved and lost and help us decide how to live each day.

“Women who’ve gone through the belly of hell…and brought something good back.” I first heard Sagashus. I heard her on the radio, Wisconsin Public Radio, when I was driving across town. I listened to a voice I could trust because I heard her heart, her honesty. Then I heard her speak at the Fox Cities Book Festival and several of the women whose stories were included here and the photographer gave a moving presentation. When I opened the book, it was even more than I expected. Each woman tells her own story in her own words. That creates an intimacy between writer and reader where truth and beauty are found between the covers of a great book. Brilliant.

I’ve followed the work of the Sioux Chef for several years as he has created a distinctive presence in the culinary world. Born in Pine Ridge, South Dakota, he has worked as a caterer and food educator and is opening up a restaurant in Minneapolis. The University of Minnesota Press published a stunningly beautiful book which is more than a cookbook, though there are recipes. Contemporary and authentic, Sherman dispels outdated notions of Native American fare and provides a healthy and delectable introduction to indigenous cuisine from the Dakotas and Minnesota.

Wisconsin author Michael Perry won me over many years ago with Population 485. This year I also enjoyed his collection of columns in Roughneck Grace. But it’s his venture into French Renaissance philosophy which he blamed on a kidney stone that caught my fascination with his particularly Midwestern style of telling a story in short form and calling it an essay. Perry’s plain-spokenness is well matched to the philosophical mucking through everyday experiences of down-to-earth people who are trying to be better persons and citizens.

Chickenshit Club: Why the Justice Department Fails to Prosecute Executives by Jesse Eisinger

After the financial crisis of 2008, why were no bankers put in prison? Why do CEOs who commit wrongs do so with impunity? Pulitizer Prize-winning journalist Jesse Eisinger explains the history of the federal bureaucracy which has prosecutors too scared of failure and too daunted by legal impediments to do their jobs. The ways in which the laws work for white-collar criminals compared to organized crime (gambling, drugs, prostitution, gun-running) will astound you. James Comey coined the term, chickenshit club, for those prosecutors who only went after cases they could win. Mueller makes an early appearance in the days of Enron. A fascinating look into the corporate de-fanging of federal regulations.

The complications in women’s lives are well described in this collection of short stories of characters I feel as though I’ve met before. The challenges, emotional and social, faced by the female personages are almost implausible except Gay paints them with the precision of probability. She nails the portrait of a community in the upper peninsula of Michigan. There is a chorus of unforgettable women in these tales.

The Best We Could Do: An Illustrated Memoir by Thi Bui

With haunting images and poetic language, Thi Bui documents the story of her family’s escape after the fall of South Vietnam in the 1970s and the difficulties they faced as immigrants. When she becomes a first-time mother, Thi Bui discovers the sacrifices made by her own parents when they were her age.

I’ve read both of Amy Stewart’s previous historical novels about the Kopp sisters. I’m saving this one for my holiday reading pleasure.

I’m a fan of Masha Gessen’s journalism and this year she has been doing some incredible work. Biographer of Vladmir Putin, Gessen follows the lives of four people born at what promised to be the dawn of democracy in Russia. She charts their paths against the regime that would crush them all. I’m eager to understand the reemergence of the old Soviet order in today’s unstoppable mafia state. This book is the winner of the 2017 National Book Award in Nonfiction.