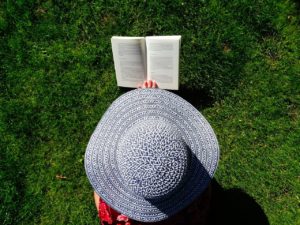 Summer is for reading. And this summer World War II has never seemed more relevant. To reward reading and reflection on this history, Swenson Book Development LLC is offering a three book giveaway. Marcel’s Letters, Chasing Portraits, and Shot from the Sky are the three titles by author clients who have agreed to reward one lucky winner with all three books.

To register to win, leave a comment below. The random drawing will be held August 11. The winner will receive in the mail these three titles which all make history fresh and reveal an unknown aspect of World War II history. Marcel’s Letters brings to the light the little known STO—Service du travail obligatoire—forced labor of French men under the Vichy regime to work for Hitler’s Nazi regime. Chasing Portraits is a quest to discover the lost art legacy of a great-granddaughter of Moshe Rynecki, a Warsaw artist who painted a visual ethnography of Jewish culture exterminated in the Holocaust. And Shot from the Sky is the unknown history of American POWs in Switzerland. 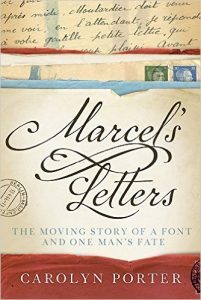 Carolyn Porter is the author of Marcel’s Letters: A Font and the Search for One Man’s Fate (Skyhorse Publishing, June 6, 2017). Seeking inspiration for a new font design in an antique store in small-town Stillwater, Minnesota, graphic designer Carolyn Porter stumbled across a bundle of letters and was immediately drawn to their beautifully expressive pen-and-ink handwriting. She could not read the letters–they were in French–but she noticed all of them had been signed by a man named Marcel and mailed from Berlin to his family in France during the middle of World War II. As Carolyn grappled with designing the font, she decided to have one of Marcel’s letters translated. Reading it opened a portal to a different time, and what began as mere curiosity quickly became an obsession with finding out why the letter writer, Marcel Heuze, had been in Berlin, how his letters came to be on sale in a store halfway around the world, and, most importantly, whether he ever returned to his beloved wife and daughters after the war.

Elizabeth Rynecki is the author of Chasing Portraits: A Great-Granddaughter’s Quest for Her Lost Art Legacy (Berkley Books, September 6, 2016). Moshe Rynecki’s body of work reached close to eight hundred paintings and sculptures before his life came to a tragic end. The everyday lives of the Polish-Jewish community depicted in Moshe Rynecki’s paintings simply blended into the background of Elizabeth Rynecki’s life when she was growing up. But the art transformed from familiar to extraordinary in her eyes after her grandfather, Moshe’s son George, left behind journals detailing the loss her ancestors had endured during World War II, including Moshe’s art. Knowing that her family had only found a small portion of Moshe’s art, and that many more pieces remained to be found, Elizabeth set out to find them. Before Moshe was deported to the ghetto, he entrusted his work to friends who would keep it safe. After he was killed in the Majdanek concentration camp, the art was dispersed all over the world. With the help of historians, curators, and admirers of Moshe’s work, Elizabeth began the incredible and difficult task of rebuilding his collection. Spanning three decades of Elizabeth’s life and three generations of her family, this touching memoir is a compelling narrative of the richness of one man’s art, the devastation of war, and one woman’s unexpected path to healing. 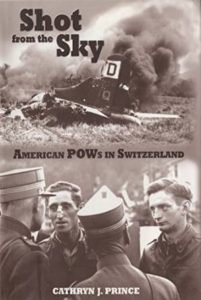 Cathryn Prince is the author of Shot from the Sky: American POWs in Switzerland (US Naval Institute Press, April 30, 2016, paperback). Shot from the Sky uncovers one of the great, dark secrets of World War II: neutral Switzerland shot and forced down U.S. aircraft entering Swiss airspace and imprisoned the survivors in internment camps, detaining more than a thousand American flyers between 1943 and the war’s end. While conditions at the camps were adequate and humane for internees who obeyed their captors’ orders, the experience was far different for those who attempted to escape. They were held in special penitentiary camps in conditions as bad as those in some prisoner-of-war camps in Nazi Germany. Ironically, the Geneva Accords at the time did not apply to prisoners held in neutral countries, so better treatment could not be demanded. When the war ended in Europe, sixty-one Americans lay buried in a small village cemetery near Bern.

To win one copy of these three books, leave a comment below with your email address (which will not be published on the website comments section). Tell me why you want to read more about WWII today.

UPDATE AUGUST 11. THE LUCKY WINNER OF ALL THREE BOOKS IS MARY MURRAY.

In the pre-dawn hours of February 18, 1942, three American warships zigzagged in convoy along the south coast of Newfoundland. Caught in a raging blizzard, the three ships ran aground on one of the most inhospitable stretches of coastline in the world—less than three miles apart, within eight minutes of each other. The Wilkes freed herself. The Truxton and Pollux could not. Fighting frigid temperatures, wild surf, and a heavy oil slick, a few sailors, through ingenuity and sheer grit, managed to gain shore—only to be stranded under cliffs some 200 feet high. From there, local miners mounted an arduous rescue mission. In Hard Aground, based on END_OF_DOCUMENT_TOKEN_TO_BE_REPLACED