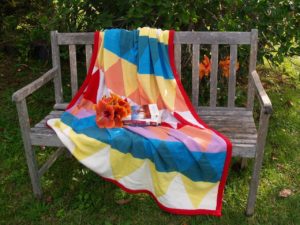 August is a reading month. Summer reading is for everyone, though it’s essential for developmental editors, agents, and acquisition editors. Some take their books to the beach. Editors to the porch. I have a handful of new client projects to read this month.

So what am I reading?

Having read his poetry, essays, and novels, I’m eager to read Alexie’s memoir. At Untitled Town Literary Festival this past April, I heard Sherman Alexie read an excerpt from this tribute to his mother. Recently Alexie pulled back from his book tour schedule to deal with his grief. If you haven’t read his Facebook post explaining why, you can read more here.

I have a weakness for graphic memoirs and this one is an incredible work of art. The story of a family’s immigration during the Vietnam War.

What have I read that I recommend for your August reading pleasure?

Not since Jessamyn Ward’s Salvage the Bones have I read such a compelling account of the real world through the eyes of a black teen-age girl protagonist. Starr Carter attends a suburban white school, dates a white guy, and lives in a poor black neighborhood. She witnessed the death of her best friend as a middle-schooler and then during a police stop of her childhood neighbor who was giving her a ride home, an officer shoots Khalif.

True crime buff, I’ve watched the Netflix series, Making a Murderer, more than once. When Jerome Buting came to Oshkosh this May for the Lakefly Writers Conference, I had the pleasure of having dinner with Buting, his wife, Nickolas Butler, and other Wisconsin writers. This work of nonfiction lays bare an uncomfortable truth about the lack of justice in our justice system. The way in which economic and racial disparities in our culture are magnified by our courts and lawyers is heartbreaking.

Nickolas Butler, The Hearts of Men: A Novel, Harper Collins, 2017.

This is the perfect summer book because it’s ostensibly about summer camp. From boys to men, Butler explores the inner landscape of the male psyche through compelling characters tied together by their experiences at a Wisconsin summer boys’ camp. His previous novel, Gunshot Lovesongs, impressed me immensely and I recommend it, too.

Christina Baker Kline, A Piece of the World, William Morrow, 2017.

If you liked Orphan Train, then you know historical fiction in the hands of Christina Baker Kline is well-crafted. Andrew Wyeth’s painting Christina’s World inspired her to write Christina’s story. She vividly imagines the life of a woman with a complicated relationship to her family and her past and a special bond to Andrew Wyeth.

Holocaust-era art, true-crime story, confidence and leadership, metereology, and more memoirs are on my to-be-read list for September and October.

What am I waiting for?

Erdrich paints a startling portrait of a young woman fighting for her life and her unborn child against oppressive forces that manifest in the wake of a cataclysmic event. Though she wants to tell the adoptive parents who raised her from infancy, Cedar first feels compelled to find her birth mother, Mary Potts, an Ojibwe living on the reservation, to understand both her and her baby’s origins. As Cedar goes back to her own biological beginnings, society around her begins to disintegrate, fueled by a swelling panic about the end of humanity.

What books would I like to be pitched? Here’s my manuscript wishlist.

What are you reading?

What books would you recommend for pleasure reading?

In the pre-dawn hours of February 18, 1942, three American warships zigzagged in convoy along the south coast of Newfoundland. Caught in a raging blizzard, the three ships ran aground on one of the most inhospitable stretches of coastline in the world—less than three miles apart, within eight minutes of each other. The Wilkes freed herself. The Truxton and Pollux could not. Fighting frigid temperatures, wild surf, and a heavy oil slick, a few sailors, through ingenuity and sheer grit, managed to gain shore—only to be stranded under cliffs some 200 feet high. From there, local miners mounted an arduous rescue mission. In Hard Aground, based on END_OF_DOCUMENT_TOKEN_TO_BE_REPLACED