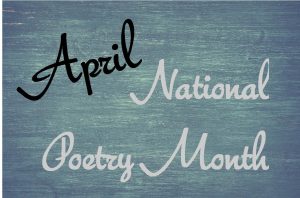 April is National Poetry Month. Do people hate poetry? According to novelist and poet Ben Lerner, yes. His new book, The Hatred of Poetry, argues we are always looking for our humanity in poetry and find mere poems instead.

There are three reasons why I haven’t picked up an epic poem for decades. 1. The Epic of Gilgamesh. 2. The Illiad. 3. The Odyssey. My high school exposure to these ancient classics made me shy away from this literary form because they were difficult to read and hard to understand.

The only novel-in-verse which captured my imagination as a child was Henry Wadsworth Longfellow’s The Song of Hiawatha (1855). Hearing it read aloud by my grade school teacher introduced me to the idea that words make music. If I hadn’t grown up near Minnehaha Falls, I’m not certain those opening stanzas would have imprinted on my memory in quite the same way. “By the shore of Gitche Gumme, by the shining Big-Sea-Water…”  It is a poem I have returned to over the years with greater appreciation for its form and much deeper criticism for romanticizing the noble savage. If I had grown up in Massachusetts instead, perhaps I could recite Longfellow’s Paul Revere’s Ride (The Landlord’s Tale, 1860). As a poet, Longfellow became part of a cultural resurgence of the verse novel in the mid-nineteenth-century. Other bestsellers of the day included Aurora Leigh (1857) by Elizabeth Barrett Browning, Lucile (1860) by Arthur Hugh Clough, and The Ring and the Book (1869) by Robert Browning.

In the modern period, epic poems all but disappeared in the U.S. until the late 1980s. Particularly popular in the Caribbean, the form took on new life with poets like Derek Walcott (1930-2017). Since the 1990s, novels-in-verse have become extremely popular in Australia and New Zealand. In more recent years, this revived literary form has taken hold in the U.S. as a subgenre in YA.

The break-out success in 2014 of Jacqueline Woodsen’s Brown Girl Dreaming (Puffin Books, October 11, 2016) brought to my attention a burgeoning new subgenre for young readers: historical novels-in-verse. Awarded the Newberry Honor, the National Book Award for Young People’s Literature, the Coretta Scott King Book Award and an NAACP Image Award for Outstanding Literary Work in Young Adult Fiction, Brown Girl Dreaming is an account of growing up in the 1960s and 70s in South Carolina and New York as an African American.

Much to my delight, this past year has yielded a number of historical novels-in-verse. I strongly recommend these five new releases to readers young and old.

Skila Brown, To Stay Alive: Mary Ann Graves and the Tragic Journey of the Donner Party (Candlewick, October 11, 2016). First-person narrative of a young survivor of the tragic Donner Party of 1846.

Marilyn Nelson, How I Discovered Poetry, (Speak, March 8, 2016). A first-person account of growing up in the 1950s, Nelson portrays her growing self-awareness and artistic sensibilities against the backdrop of racial tensions, the Cold War, and the emergence of the feminist movement.

Young readers of these books will find their humanity in this kind of poetry. Celebrate National Poetry Month with one of these delightful books and share it with a young reader.