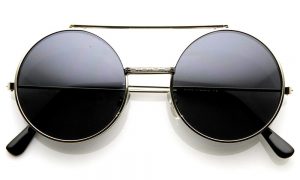 If you watch a lot of movies, then you’ve likely seen continuity errors. In Jurassic Park, there is a scene where programmer-turned-thief Dennis Nedry converses live with an accomplice on his computer but the workstation clearly shows he’s speaking to a pre-recorded video instead. Plot hole. Arnold Schwarzenegger plays an action hero in Commando where he badly damages his Porsche giving chase and in the next scene the car has magically fixed itself. Oops. In Tarantino’s Pulp Fiction, there’s a continuity error in the apartment scene when Jules and Vincent escape a hailstorm of bullets. If you look behind the hitmen, you can see bullet holes on the wall before any shots were fired. Temporal disorientation. And then there is Django Unchained set in antebellum 1858 in which Tarantino has the titular character wear a pair of shades. Sunglasses weren’t introduced in the US until after 1929 when Sam Foster sold them from a Woolworth on the Atlantic City boardwalk. Movie fans are quick to identify these kinds of mistakes.

In the movies, continuity editing is the process of putting together the story across time and space from all the various camera shots. Because the medium of film is so visual, continuity errors are more likely to be noticed as visual bloopers instead of fatal plot flaws. 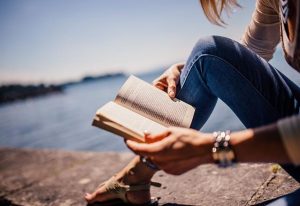 Continuity errors break the audience’s connection with the material. They can no longer suspend their disbelief. In short, it is a contract violation. The writer has an unwritten agreement with its audience to do everything possible to create a fictional universe where they are invited to enter and remain, undisturbed, within that world until the closing credits or the last page.

As the writer, you agree to do anything to avoid jarring them from this inner world. When you sign your contract with your audience to write a story, you make a commitment to provide them with a satisfying narrative.

Continuity errors are inconsistencies in the unwritten laws of literature.  Readers have a rule that when they open a book and start on the first page, the author starts the clock on the sense of the “fictive present.” When the reader begins, the author must move forward in time chronologically (unless otherwise indicated). Page two narrates events which occur after page one. As the narrative moves forward, time moves forward.

Reward your readers by eliminating any redundancies. If you have already mentioned something, assume your reader paid attention. Repetition is used for effect and emphasis only.

The story begins in one moment of time and it ends at a later point in time. There are reasons to break these rules as a writer, but the reader brings this expectation to every book in the same way they expect to read words from left to right. 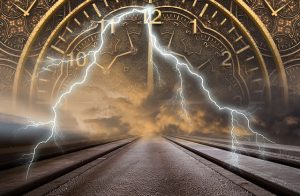 Intentional breaks in continuity may be part of your narrative structure but you need to find ways to communicate the unwritten rules you will ask your readers to follow. Time and space (not merely location, but the physical world inhabited my characters) must be expressed effectively so the reader can construct your imaginary world inside their own heads. In order for a reader to comprehend shifts in time they need language markers for flashbacks and foreshadowing to work effectively. Effective use of verb tenses is critical.

With each sentence, paragraph, and page, the reader begins to build expectations and use reason to narrow the narrative possibilities. The author may be unaware of the signals sent to readers. For example, if every description of female characters other than the protagonist’s wife are sensual and flirtatious, then the reader begins to expect the protagonist is unhappy in his marriage. If you introduce such cues to readers it builds erroneous expectations and you have an unsatisfied reader.

Chekhov’s gun is a principle used in continuity editing. You don’t want to make false promises to readers unintentionally, so you need to make sure every element in a story serves the plot or argument. Irrelevant material is cut. Anton Chekhov said if you introduce a pistol in the first act, then it should be fired before the end of the second act. 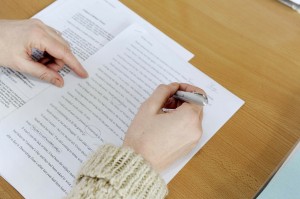 Continuity editing focuses on the storyline. It’s about coherence. Does the story hang together? Narrative coherence is best defined as the extent to which a story makes sense. The internal logic to the imaginary world created by your words is how readers judge a book. Based on the merits of the evidence you present, they draw their own conclusions.  If there are logical fallacies or false facts, the author has made the same kind of blooper as Tarantino putting sunglasses on his antebellum protagonist.

Ludicrously improbably situations are called farce. That’s a different literary genre than the one you likely intended to write. Working with a developmental editor on continuity can help you anchor the time-space scheme your work-in-progress.