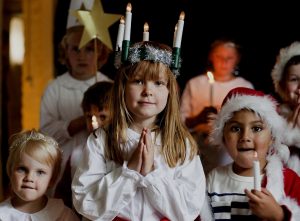 The shortest days of the year are here. In my family’s Scandinavian tradition, TODAY, December 13 is Santa Lucia Day. According to legend, she brought food and aid to Christians hiding in the catacombs in the third century. In the annual holiday festivals, Lucia is represented by a blonde girl in a white dress with a red sash who wears a crown of candles on her head to bring light to the long dark winter.

The solstice will occur at 4:44 am on Wednesday, December 21. Then, as the days begin to lengthen, the cold strengthens.

In the cold months when the days are shorter, we need to sleep more. Twelve hours of sleep during the shortest days of the year is recommended. Yes, really. Sleep is seasonal and it’s only natural. 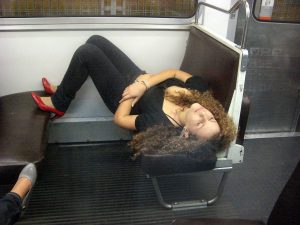 Failing to get enough sleep heightens the risk for a variety of major illnesses, including cancer, heart disease, diabetes, and obesity, according to findings from the Harvard Nurses’ Health Study. Contrary to popular misconception, you cannot make up sleep you lose, reports the National Sleep Foundation.

Many of us deprive ourselves of sleep to the point where it is dangerous to drive, according to studies by the Federal Highway Administration’s Turner-Fairbank Highway Research Center. We push ourselves to the limits during this hectic time of year right when our mammalian bodies want to hibernate.

Sleep is the body’s restorative process. It’s inexpensive preventative health care. It is when we are too tired that accidents happen, mistakes are made, and we tax our immune systems. We make ourselves more vulnerable to germs and viruses. 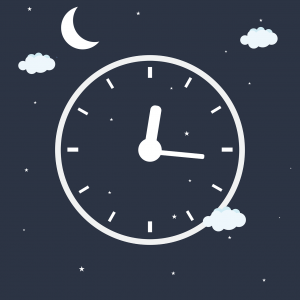 The body’s way of conserving energy during winter is sleep and this can mean a savings to your electric bill. If you are awake primarily in daylight hours and asleep for most of the hours in darkness, then you’re consuming less energy. It’s hard for us to imagine what it was like before electricity became widely available. When the Rural Electrification Act of 1936 passed, electricity became accessible to rural folk at the same price as city people paid. Night turned into day. And a “day” became three eight-hour work shifts.

Before electricity, when it got dark at night, people went to bed. And slept. This nineteenth century nocturnal pattern constituted common sense. Remember Benjamin Franklin’s motto:

“Early to bed, early to rise, makes a man healthy, wealthy, and wise.” 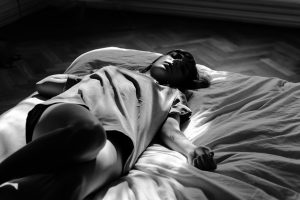 When psychiatrist Thomas Wehr and his colleagues at the National Institute of Mental Health simulated the daylight hours of a winter day and conducted a study with subjects who went into the dark at 6 pm to lie down and rest until the lights came back on at 8 am. Similar to the records of people from the 1800s, Wehr found subjects slept a “dead sleep” and later a “morning sleep” with a wakeful period described as a watch in between. The longer night gives rise to a sort of mid-night comfort, an hour or more of quiet contemplation and reflection.

This is the magic hour for creative connections to be made, whether subtly in a pre-conscious state of awareness or in sudden Eureka moments that drive a writer from bed to write down notes. For writers, sleep is essential to the creative process. Deep sleep. Dream sleep. To be rested allows the writer to focus. When you get too tired, you can forget about making any progress on your manuscript. Take a nap. Permission granted.

Getting good sleep doesn’t cost anything. You don’t have to join a club or pass a test or subscribe online. And it will save you money, energy, and years on your life. Research from Harvard Medical School found an increased risk of mortality among those who sleep less than six hours a night. 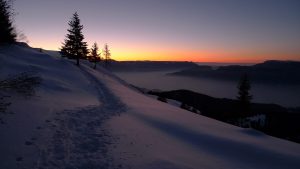 Live by the seasons—and by the Sun, the Moon, the stars—and fall into a natural rhythm of sleep and wakefulness. Your increased performance, improved health, energy savings, and sense of well-being will provide positive reinforcements to the change in your sleep patterns.

Sleep more. Write more. And to all a Good Night!