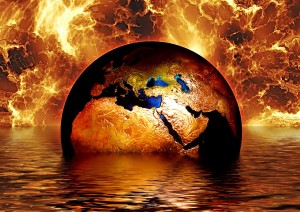 The world is coming to an end. At least, that’s what it feels like. In contemporary fiction, apocalyptic stories have captured the attention of young adult readers. Suzanne Collins’ The Hunger Games, Rick Yancey’s The 5th Wave, and Veronica Roth’s Divergent series—these novels found millions of fans and have become immortalized on the silver screen. But why?

One answer that comes to mind involves the stories that flood the news and internet every day. The Pulse nightclub shooting in Orlando was a hate crime that claimed 49 lives in a matter of minutes. Videos of police officers killing blacks surface on a daily basis. The environment is being destroyed faster than it can be renewed. These are only a few of the many problems that plague the United States. My generation grew up in a world where we assumed the future looked bleak, so naturally literature which shares this world view appeals to many young readers.

Stories of the apocalypse are not new. The nuclear era ushered in a new wave of dystopian novels. George Orwell’s 1984 was published in 1949 and predicted a world where the government monitored your every step. Walter M. Miller Jr.’s A Canticle for Leibowitz, published in 1959, described a world destroyed by a nuclear holocaust. Margaret Atwood’s The Handmaid’s Tale (1985) chronicled government attempts to control a woman’s mind and body. Each generation has their own version of the apocalypse, and each generation has an apocalyptic novel which reflects their fear.

Looking at 21st century apocalyptic novels, there’s an intensified focus on “Us vs. Them.” Aliens attempt to wipe out humanity in The 5th Wave. Wealthy rulers of The Capitol are pitted against the rest of the poorer Districts in The Hunger Games. Even I Am Legend is about one man verses a horde of vampire monsters.

The days of white privilege are coming to an end. More demands for equality means the top one percent are challenged by the other ninety-nine percent. These novels fill the needs of readers who embrace resistance to injustice if not authority. The plots involve rising up against the government, or the oppressors, or the ones who hold all the wealth. In many cases, the villains of these post-apocalyptic worlds are all three. This, of course, doesn’t bode well for the ones who have held all the power for the past few centuries.

The world is changing, and for some that translates to an apocalypse. For those with no future, it might look more like revolution or liberation. Young people find their voices to demand changes in how the system works, a system which served the past and previous generations but not ours or the future. This upcoming election is a prime example of that tension between the older generations and new voters. The 2016 Election is reason enough for young adult readers to turn to post-apocalyptic novels, and the outcome of the nation is in the balance. 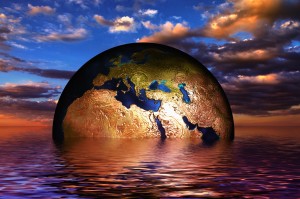 In twenty years this craze in popular fiction may be looked at with the same disdain as the zombies, trolls, vampires, and alien novels of the new millennium but I suspect they will become part of the literary canon in the tradition of Orwell, Miller, and Atwood. Books have always had a way of connecting the real world and the world of imagination. For whatever reason, readers find resonance between the themes in fiction and those which flash on our screens. Let’s hope the future isn’t as dark as some of the worlds that currently line the shelves of bookstores.

One thought on “The Young Adult Apocalypse”