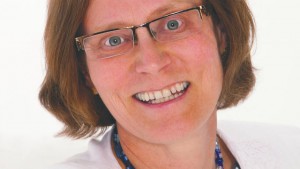 A book award ceremony can refresh and energize you while you plug away at a manuscript. For more than three years I’ve worked on a manuscript. I’m a newspaper journalist, but that doesn’t make writing a book any easier for me. I’m used to weekly deadlines and writing short stories.

I’ve been in a funk lately. A couple weeks ago I treated myself to a massage. My massage therapist asked me if I were attending the book award ceremony happening an hour after my appointment. I left and pointed my car in the direction of the University of Minnesota-Duluth campus; the venue for the free event.

The buzz of chattering friends filled a university ballroom as local authors and book aficionados gathered for the Northeastern Minnesota Book Awards and book fair. Adult beverages, appetizers, and the shared love of books added to the camaraderie of the event.

Before the awards, author Michael Fedo spoke about the trials and tribulations of getting published, negative critiques, and meager earnings. Fedo is the author of nine books including The Lynchings in Duluth and The Zenith City: Stories from Duluth.

The 150 people in the audience on May 26 waited with bated breath as the winners were announced. Forty-four books in six categories had been nominated. The categories were memoir, poetry, art and photography, fiction, nonfiction and children’s literature. Winners received $200. Both winners and honorable mentions received glass plaques and NEMBA book seals. 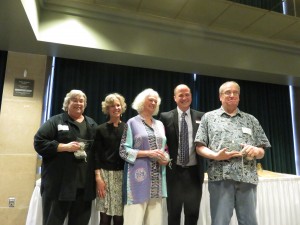 Here the editors of a book of poetry pose with two local library directors who handed out the awards. They won an honorable mention for the book “Amethyst and Agate: Poems of Lake Superior.” From left are: Pamela Mittlefehldt, Carla Powers (Director of the Duluth Library) Mara Hart, Matt Rosendahl (Director of the University Library) and Jim Perlman. (Photo by Naomi Yaeger)

Established in 1998, the NEMBA recognized books that best represent Northeastern Minnesota in the areas of history, culture, heritage or lifestyle.

I’ve always considered myself more of a reporter than a writer. I like to share information, but don’t really have self-confidence in my writing skills. To help me gain more confidence in writing, I’ve taken classes and workshops where I’ve met local writers. Some are beginners and some have already had work published. By doing this, I’ve made friends with a handful of published authors. I actually knew some of the authors nominated.

One of those authors was Eddy Gilmore. He didn’t win but said he still had fun. His book, The Emancipation of a Buried Man, was nominated in the memoir category. He told me he enjoyed the mix of people.

“There was such a wide-array of talent,” Eddy said.

Claire Kirch covers the Midwest for Publishers Weekly. She lives in Duluth and our paths have crossed many times. She has attended many book award events. Some of them can be what she calls “big city affairs.” She told me that she liked this event because it was so “homey.” She wasn’t covering the event for her job. She came for the fun of it.

Margi Preus, a bestselling author of several books for young readers and a Newbery Honor Award winner in 2011, also attended the award ceremony. She had been nominated for her new book, Enchantment Lake: A Northwoods Mystery.

“It’s always refreshing and energizing to be around other writers,” Marie Zhuikov said. Zhuikov is a member of Lake Superior Writers and an author herself. She said her book club gets ideas on what book to read next by browsing the book fair.

I encourage you to seek out a book award event. It will be fun and a time to mingle, get inspired, and get your creative juices flowing.

Naomi Yaeger is the former editor of the Duluth Budgeteer News and is working on a historical novel about Minnesota small town life in the 1930s and 1940s. Visit her website at www.naomiyaeger.com