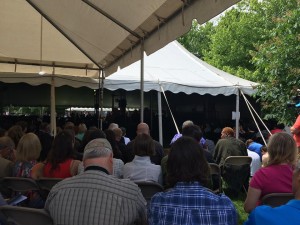 Amidst the nervous titter of soon-to-be graduates, I could feel the excitement boiling under the clean, black robes at Lawrence University’s graduation ceremony. This year’s commencement speaker was Lan Samantha Chang. An Appleton WI native, Chang is the author of Hunger, All is Forgotten, Nothing is Lost, and Inheritance. Hunger is a novella and collection of short stories, published in 1988. Chang’s prose follows the intertwined loves and lives of immigrant families, influenced by her own experience as the daughter of two Chinese immigrants. Hunger was nominated for the Los Angeles Times Book Prize and PEN Center USA-West’s annual literary award and has been praised as “a work of gorgeous, enduring prose” by the Washington Post. Currently, she is the University of Iowa Writer’s Workshop Program Director and the May Brodbeck Professor of Liberal Arts and Sciences. Chang used her experience of choosing a career path as the basis of her commencement address, leveling herself to the recent graduates by counterbalancing the fear of the future with calm support. 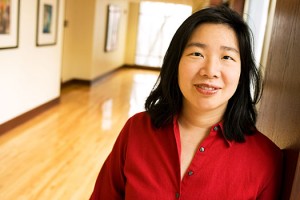 Lan Samantha Chang recalled her own experience, sitting at graduation, wondering how to answer the dreaded question: what are you doing next? “I have no idea.” Her father pressured her to become a doctor, a path she pursued instead of fulfilling her “impractical” dream of being a writer. At 25 years old, with $35,000 in student loans, Chang finally decided to follow her own path, not what her parents thought best for her. “What I truly wanted to do was impractical, it was foolish. It was the first time in my life I gave myself permission to do this. It was then that the surprises began.” As a writer, Chang received creative writing fellowships from Stanford University, Princeton University, the Guggenheim Foundation, and the National Endowment for the Arts. During her graduate program, Chang recalled how comforting it was to be surrounded by a like-minded community of people “for whom writing was the only thing that mattered.” For her, the surprises confirmed her choice to pursue her life as a writer. One of the most compelling pieces of information Chang shared as a writer was that she frequently deletes more words than she types. This look into her writing process served as advice for the writers in the crowd, yet the metaphor extended to the larger population: despite constantly deleting or backtracking, Chang never stops trying and pursuing. 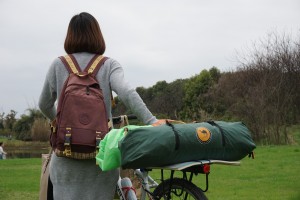 Chang likened the experience of graduation to her parents’ immigration and arrival in Appleton where her father taught at the Institute of Paper Chemistry. She described how stepping into the new world of adulthood is not unlike starting a new life in another country. “You will emerge from this transition in a new place, the new country of your adult life… Like an immigrant you will have nothing to lose.” Chang explained how she felt at her own graduation, wishing she would have known then her path, and her new world, would work out. With that guarantee she could have relished in those post-grad years a little more. This change in mindset, in knowing that there is a path for the future, stuck with me long after the ceremony ended. Much like many of the graduates, my career plan isn’t clear and there’s a certain form of anxiety surrounding the imminent change in my life. Chang, as a successful and happy writer, spoke to the Lawrence graduates as a calm prophet who inspired hope for their potential paths, with guaranteed surprises along the way. I was touched by Chang’s final words to the graduates: “I wish you every best thing.” Chang embodies what all graduates aspire to be: someone who acknowledges the struggle of finding a path while enjoying the unplanned events. As a stunning writer and personable speaker, Chang’s commencement provided not only ease for aspiring writers, but hope for all graduates stepping into their new world.