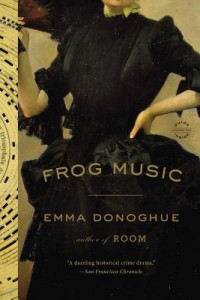 From the author of the bestselling novel, Room, Emma Donaghue penned this novel based in San Francisco during the summer of 1897 in which the city suffered a smallpox epidemic and a record-breaking heat wave.  The story begins when a young woman named Jenny Bonnet is shot dead through the window of a railroad saloon. The survivor, her friend Blanch Beunon, is a French burlesque dancer who risks everything to bring Jenny’s murderer to justice – even if it might be the father of her child.  In Blanche’s search for answers, the secret life of Jenny is revealed to be more complicated than public persona as a notorious character who rides a bike, dresses in men’s clothes, and hunts frogs whose legs are served fresh in the finest of restaurants. Alison Owen and Debra Hayward of Monumental Pictures plan to make a feature adaptation of Frog Music. Donoghue, who adapted Room for the big screen and received an Academy Award nomination, is writing the screenplay. 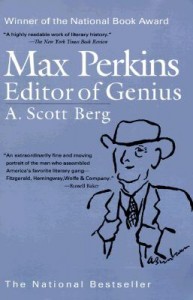 Max Perkins revolutionized American literature working as an editor at Scribner and is known as the driving force behind literary superstars like F. Scott Fitzgerald, Ernest Hemingway, and Thomas Wolfe. Berg’s biography is one of the best books on the publishing industry ever written. First published in 1978, it has been released on the fiftieth anniversary of Max Perkin’s death. The biographical drama film, Genius, stars Jude Law, Nicole Kidman, Guy Pearce and Academy Award-winning actor Colin Firth in the role of Perkins. June 10 for release date in the U.S. Read the book before it comes to a city near you. 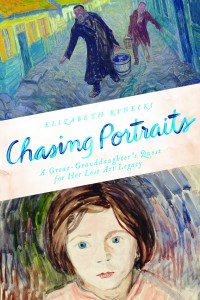 The everyday lives of the Polish-Jewish community depicted in Moshe Rynecki’s paintings simply blended into the background of Elizabeth Rynecki’s life when she was growing up. But the art transformed from familiar to extraordinary in her eyes after her grandfather, Moshe’s son George, left behind journals detailing the loss her ancestors had endured during World War II, including Moshe’s art. Knowing her family had only found a small portion of Moshe’s art, and that many more pieces remained to be found, Elizabeth set out to find them. Before Moshe was deported to the ghetto, he entrusted his work to friends who would keep it safe. After he was killed in the Majdanek concentration camp, the art was dispersed all over the world. With the help of historians, curators, and admirers of Moshe’s work, Elizabeth began the incredible and difficult task of finding his lost art legacy.  Emmy-award winning cinematographer Slawomir Grunberg filmed Elizabeth Rynecki in Poland and Israel. The book will be out before the documentary, currently in post-production. 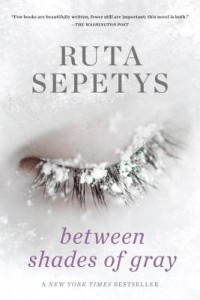 In her debut YA novel, Sepetys offered an account of the forced relocation of countless Lithuanians when the Russian invaded their country in 1939. Of Lithuanian descent, Sepetys has written a remarkable WWII story about the overlooked Baltic experience. Sixteen-year-old Lena is deported with her mother and brother to a forced-labor camp in Siberia after the Soviet secret police arrest her father. Lena meticulously documents daily events in her drawings hoping her messages make their way to her father’s prison camp to let him know they are still alive. Starring Bel Powley and Martin Wallstrom, this coming-of-age story does not yet have an official release date. The movie is titled Ashes in the Snow, and they are currently filming in Lithuania. Sepetys has written two more novels, Out of the Easy, set in the French Quarter of New Orleans during the 1950s, and her new release, Salt to the Sea, another WWII story about the sinking of the Wilhelm Gustloff in the Baltic Sea. 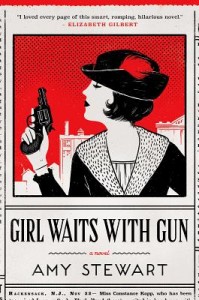 Constance Kopp doesn’t quite fit the mold. She towers over most men, has no interest in marriage or domestic affairs, and has been isolated from the world since a family secret sent her and her sisters into hiding fifteen years ago. One day a belligerent and powerful silk factory owner runs down their buggy, and a dispute over damages turns into a war of bricks, bullets, and threats as he unleashes his gang on their family farm. When the sheriff enlists her help in convicting the men, Constance is forced to confront her past and defend her family — and she does it in a way that few women of 1914 would have dared.  The sequel, Lady Cop Makes Trouble, is on its way (Houghton Mifflin Harcourt September 6, 2016). In the second book in Stewart’s Kopp Sisters series, Constance heads to New York City and New Jersey where she makes friends with lady reporters and lady lawyers. Elizabeth Banks’ production company has already optioned the first book for a limited TV series.