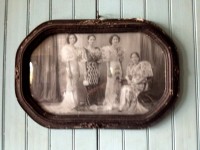 Memoir has become nearly as popular a genre as fiction. It’s the stuff of which movies are made. Almost everyone I meet thinks they have a story worth telling.  And today nearly everyone thinks they can publish their memoir.

Brooke Warner, publisher of She Writes Press, recently suggested in The Huffington Post the pursuit of publication is a birthright. Finding a traditional publisher, however, is not.

If you write a poem it does not make you a poet. This is not to suggest the only value found in writing poetry is in getting paid for it. The same is true for memoir. There are many reasons to write. Publishing is only one of them.

A memoir intended to be sold as a book requires a writer collapse three roles into one: author, narrator, and protagonist.

As an author, you write for an audience, for your readers. It means going public. Your personal life goes under review and readers judge you.

Writing your story and publishing your story are two very different things. You need to write first before you can publish. But writing your story for the public may involve rewriting when you consider the ramifications of your words on those you write about and the effect it has on readers.

As the narrator of the story, you write from your first-person point-of-view. The readers, however, judge a narrator on a variety of qualities, including how reliable you are.  The narrator’s style and voice may not be self-evident to the author as distinct from the protagonist’s, but readers and editors are quick to notice when they are out sync. 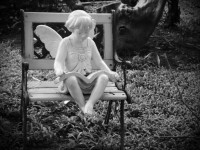 When I review memoir manuscripts I routinely find the author has written a version of their story in which they weren’t fully cognizant of how readers might perceive them. A mother who only uses examples of shopping trips or expensive vacations as demonstrations of love towards her children. A grieving spouse immortalizing the dead as a saint. A narrator who introduces every character with a physical description of what they wear. Co-dependent unreliable narrators who can’t see their own behavior as enabling abuse, addiction, or illness. Flirtatious dialogue with every female character when his wife is not in the scene. Unintentional representations of self as narrator. Fatal flaws when pitching your work to an agent or publisher.

Memoir writers often keep journals and this is good discipline for introspection. Quoting directly from one’s journal as though you are a historian referring to a diary in an archive is something that rarely works as a stylistic device. Quoting yourself makes you a pretentious narrator to a reader.

Another word of warning. Unless you are already a professional writer, bookseller, published author, poet, or a recognized celebrity, the writing of the memoir itself is not a compelling subplot. The self-referential narrator who writes about their writing creates a wall between the reader and narrator. It’s a device that rarely works. Anne Lamott is an exception to this rule, of course. That’s her brand.

As the protagonist, you are the major character in the story. You must be the hero and this is your journey. Readers make judgments on what is written and what is left unwritten about the character of the protagonist. Audiences read between the lines to make inferences the writer may or may not have intended. The source of distortion in self-representation in memoir sometimes stems from wanting to protect someone (self, family, other characters) from part of the truth to your story. Or a lack of self-awareness or critical self-reflection on the part of the writer about their own role and character in the plot. 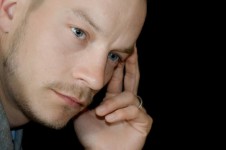 Most successful memoir writers have been in psychotherapy for years. Critical self-reflection is an important part of the writing craft in memoir. Thinking about yourself critically as a narrator, a protagonist in a plot, and a public figure as an author is the burden of a memoirist. Therapy can also be helpful during and after publication. Once the book comes out your relationships with people change. Your life is under scrutiny on so many levels.

If someone doesn’t like a character in a fictional tale, the author has no reason to take personal offense. When disparaging remarks are made about your memoir, it IS a personal attack instead of professional criticism. If a reader is not persuaded by your argument with evidence in your third-person narration there may be ego at stake in your work of nonfiction, however, your identity is not slandered. If your public persona as an author doesn’t match with the character description and narrative voice in your memoir, readers will find you disingenuous and inauthentic.

You shall be judged by readers in three ways. As an author. As a narrator. As a protagonist. Readers crave memoir to incite them to greatness. Inspire bigger selves, better selves. Those are big shoes to step into as a writer.

If you want to publish your memoir there must be a reason grander than fame and fortune. Why do others need to hear your story? How will it serve their needs, interests, and desires? When you take the “me” out your memoir manuscript and put the reader in your shoes to walk with you through this life-transforming experience, you have a reason to seek publication. Writing to publish has its payoff when the reader is satisfied with the story.

Homo Narratus. The human brain is hard-wired for memoir. The story structure follows Aristotle’s dramatic arc. The three-act play. The hero’s journey. Movement. Transformation. Emerge at the end of the story a different person. 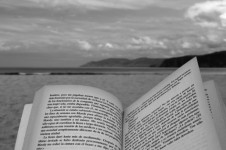 The reader needs to experience the struggles of the protagonist and yearn for you to reach your goal. You and the reader have differences. Your job as the protagonist is not to eradicate the differences between you and readers by generalizing your experience: stay with the specifics and details. Your job as narrator is to transcend the differences with the tension and conflict in a strong storyline. As author your job is to craft a narrative arc with a heroic protagonist who rises to meet the challenges or resolve the issues and moves forward.

Writing a memoir is not easy. Writing one that will sell and satisfy readers is an enormous challenge. Ironic as it may seem for the genre of memoir, it’s not about you. It’s about the readers.

In the pre-dawn hours of February 18, 1942, three American warships zigzagged in convoy along the south coast of Newfoundland. Caught in a raging blizzard, the three ships ran aground on one of the most inhospitable stretches of coastline in the world—less than three miles apart, within eight minutes of each other. The Wilkes freed herself. The Truxton and Pollux could not. Fighting frigid temperatures, wild surf, and a heavy oil slick, a few sailors, through ingenuity and sheer grit, managed to gain shore—only to be stranded under cliffs some 200 feet high. From there, local miners mounted an arduous rescue mission. In Hard Aground, based on END_OF_DOCUMENT_TOKEN_TO_BE_REPLACED