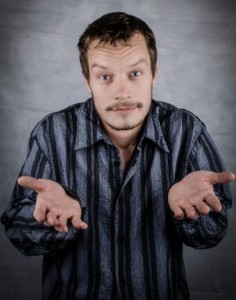 So you’ve just finished the latest offering by James Patterson, Robert Ludlum, or Pitticus Lore, and you’re wondering if it was traditionally authored, co-written, ghosted, or something else entirely. Good question. In the case of Patterson, who has put out 140 novels thus far – 15 in 2014 alone – he pays others to write the books for him. These writers don’t receive royalties, but their names are listed on the cover below their boss’s. Patterson’s process is to come up with the vision and a detailed outline for each book. He also edits.

Robert Ludlum acknowledges his co-writers openly (on the covers), but an as yet unnamed writer has written at least five Ludlum books since the master’s death in 2001. The story goes that Ludlum left unpublished and/or partial manuscripts and detailed notes for the books; his estate then found a writer to edit and complete them.

And then there’s James Frey, who survived an Oprah bashing for his alleged memoir, A Million Little Pieces, only to embark on a venture he refers to as his fiction factory, whereby he scouts promising MFA students and pays them $250 for completing a commercial novel on spec. If any of the novels are published, the authors get 30 – 40% of revenues, depending on whether the concept was theirs or Frey’s. Frey’s company, Full Fathom Five, has the right to decide whose name is listed on the cover, and a significant penalty applies if the author speaks up about it.

So what does this mean for you? What are the pros and cons? If you’re on the getting paid/hired end of things, good ghostwriters are often well compensated and respected, you have little to none of the non-writing distractions to bother with, such as publicity, promotion, or worries about sales figures. The cons weigh a bit heavier: no glory or recognition, no log of titles linked to your name, no author website to proudly display your titles and covers. And no royalties! In fact, you might even have a hard time convincing close friends and family you were the writer of these books, especially if you name is buried in the acknowledgements page along with the listed “author’s” spouse, agent, editor, and gardener.

Work-for-hire is different from ghosting in that there is usually some kind of acknowledgment. As in (famous person’s name) with (unknown author name). Many celebrity books are work-for-hires, and it’s a good bet that the second name – the one you’ve likely never heard of before – did most, if not all, of the writing. Terms of contract vary, but typically the publisher provides the hired author a one-time payment and copyright belongs solely to the publisher; the author does not receive royalties no matter how well the book sells. Meanwhile, co-authorship implies a more traditional collaboration, whereby both authors may share in conceptual development, generating story/plot ideas, and the actual writing of the book. Co-authors might both receive a percentage of advance money, royalties, options, and authorship credit.

Whether or not you consider one of these offers depends on:

If you are a natural collaborator, but insist upon having your name credited on all books, ghosting may not be a good fit. On the other hand, if credit is less important, and you love the idea of getting a good payout upfront, then ghosting might be just the thing. But keep in mind that all successful ghostwriters, co-authors, and work-for-hire writers put their time in and established their credentials the hard way (one good book at a time).

There are a few additional considerations with these alternate writing forms. Writers who work “with” a famous author, like Patterson, sometimes benefit from the partnership by becoming best-selling authors themselves. They can also benefit by having access to agents or editors in the publishing profession who might have been otherwise out of reach. On the negative side, if the book sells a million copies or lands a tv/movie deal, but the work-for-hire contract stipulates a one-time advance, and no royalties, then you are out of luck. In any event, a surprising number or working writers have taken forays into one or more of these alternatives into publishing. For some, it is a convenient way to pay some bills. For others, an opportunity to pair their name with a better know, more established writer, and, possibly, reach a larger readership. A good agent can sometimes help you find these deals and connections, and you never know when you might get pitched for one of these co-authoring, work-for-hire, or ghosting jobs. In those cases, being well-informed will help you make a good career decision.

In the pre-dawn hours of February 18, 1942, three American warships zigzagged in convoy along the south coast of Newfoundland. Caught in a raging blizzard, the three ships ran aground on one of the most inhospitable stretches of coastline in the world—less than three miles apart, within eight minutes of each other. The Wilkes freed herself. The Truxton and Pollux could not. Fighting frigid temperatures, wild surf, and a heavy oil slick, a few sailors, through ingenuity and sheer grit, managed to gain shore—only to be stranded under cliffs some 200 feet high. From there, local miners mounted an arduous rescue mission. In Hard Aground, based on END_OF_DOCUMENT_TOKEN_TO_BE_REPLACED