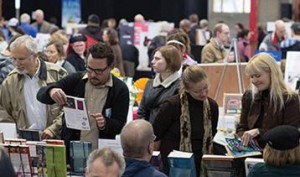 Book festivals are celebrations of reading and writing and they bring authors face to face with their audiences.  Don’t overlook them in your marketing plan as you will find they are a wonderful way to meet your readers and market your books. Like rock concerts and music festivals to recording artists, book festivals are the performance highlights to any author’s book tour.

Autumn and book festivals are nearly synonymous in the Midwest. This weekend is the Twin Cities Book Festival at the Minnesota State Fairgrounds. 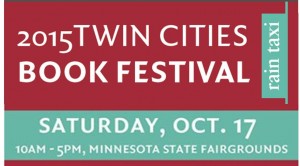 This free day-long festival is THE annual get-together for Minnesota’s devoted literary community and sponsored by Rain Taxi, which champions literary culture through its publication of reviews, interviews, and essays, and by hosting live literary events. This weekend you can hear Amy Klobuchar (The Senator Next Door), Matt Burgess (Dogfight, A Love Story, and his new book Uncle Janice), Allen Eskins (The Life We Bury) and Susan Cheever (Drinking in America: Our Secret History) will be featured authors. Madison Public Library’s Wisconsin Book Festival happens October 22-25 this year. Don’t miss Mary Norris, Between You & Me: Confessions of a Comma Queen, who will present on Saturday the 24th at noon in Madison’s Central Library. The magazine, Wisconsin People & Ideas, hosts annual fiction and poetry contests that award cash prizes, publication in the magazine and a reading at the festival. Writers Nikki Kallio and Kathryn Gahl, both from Appleton and members of The Mill: A Place for Writers, will read their prize-winning stories from the 2015 fiction content at a Room of One’s Own bookstore on Friday, October 23rd, at 5:30 pm.

Last weekend was the Iowa City Book Festival is organized by the Iowa City UNESCO City of Literature. Iowa City is one of 11 Cities of Literature in the world and the festival celebrates books and writing with a four-day celebration that includes readings, discussions, and demonstrations. Little Free Library founder Todd Bol and author of The Little Free Library Book, Margaret Aldrich, appeared along with a line-up of literary rock stars which included Sara Paretsky, Bonnie Jo Campbell, Rebecca Makkai, and NPR book critic Maureen Corrigan. 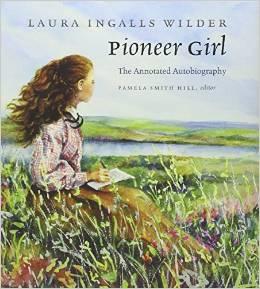 occurs the last weekend in September in Deadwood and Rapid City.  Pamela Smith Hill, editor of the Laura Ingalls Wilder autobiography Pioneer Girl published by the South Dakota Historical Society headlined the festival along with Megan McDonald. The Young Readers Festival of Books is new to the Black Hills this year and featured McDonald’s book, Stink: Twice as Incredible. The list of participating authors included Garth Stein (The Art of Racing in the Rain) and Pam Houston (Contents May Have Shifted) and Minnesota novelist William Kent Krueger (Ordinary Grace).

The American Writers Museum (to open in Chicago in 2016) offers a helpful list of book festivals to begin your search for festivals near you.

In the pre-dawn hours of February 18, 1942, three American warships zigzagged in convoy along the south coast of Newfoundland. Caught in a raging blizzard, the three ships ran aground on one of the most inhospitable stretches of coastline in the world—less than three miles apart, within eight minutes of each other. The Wilkes freed herself. The Truxton and Pollux could not. Fighting frigid temperatures, wild surf, and a heavy oil slick, a few sailors, through ingenuity and sheer grit, managed to gain shore—only to be stranded under cliffs some 200 feet high. From there, local miners mounted an arduous rescue mission. In Hard Aground, based on END_OF_DOCUMENT_TOKEN_TO_BE_REPLACED