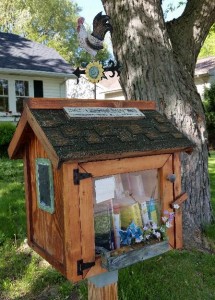 met its fundraising goal last week to help get books into the hands of those who need them most. Created by Todd Bol, the campaign celebrated the 3rd anniversary of the non-profit which he started as a tribute to his mother who loved books and loved to share her passion for reading. 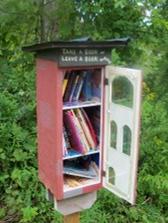 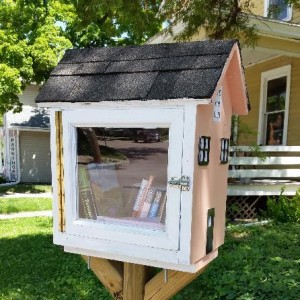 I recently moved back to Appleton, Wisconsin, where I was a teenager in the 1970s. I didn’t appreciate then how much this place is a city of literacy. I want to share the fun up of taking up residence in a neighborhood of readers. 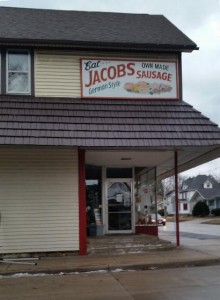 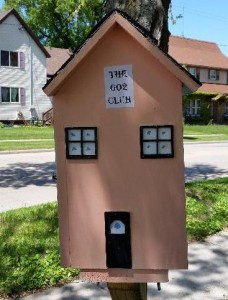 My first apartment in 1976 was two blocks from Jacobs Meat Market, started in 1945 by brothers John and Leonard Jacobs when on nearly every corner in the city you could find a grocer. My neighborhood grocer again, Jacobs is across the street from the 602 Club. In the backyard there is a large picnic table which fills every afternoon with young neighbors at the book oasis. 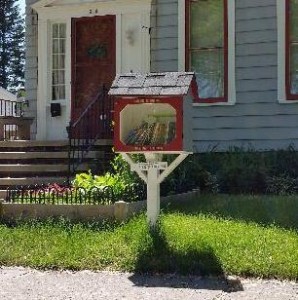 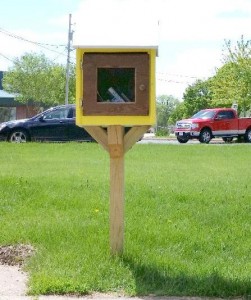 Summer is a great time to walk and bike and skate past Little Free Libraries in your community. Take one. Leave one.

In the pre-dawn hours of February 18, 1942, three American warships zigzagged in convoy along the south coast of Newfoundland. Caught in a raging blizzard, the three ships ran aground on one of the most inhospitable stretches of coastline in the world—less than three miles apart, within eight minutes of each other. The Wilkes freed herself. The Truxton and Pollux could not. Fighting frigid temperatures, wild surf, and a heavy oil slick, a few sailors, through ingenuity and sheer grit, managed to gain shore—only to be stranded under cliffs some 200 feet high. From there, local miners mounted an arduous rescue mission. In Hard Aground, based on END_OF_DOCUMENT_TOKEN_TO_BE_REPLACED