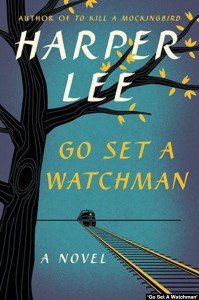 The July publication of Go Set a Watchman revealed Harper Lee changed point of view when she rewrote it as To Kill a Mockingbird. The new book is an unedited version and shows Harper Lee sloppily slip-sliding between first-person and third. The difference between a story narrated by Jean Louise Finch, a 26-year-old daughter, about her disillusionment in Atticus and small town bigotry, and the one narrated by a 6-year-old Scout is significant. To Kill a Mockingbird is written in third-person limited point of view. Scout tells the story of what happened in her Alabama hometown when a black man was falsely accused of raping a white woman and her father served as his defense attorney. The narrator in To Kill a Mockingbird is an adult, Jean Louise, who tells the story of what Scout witnessed as a child. 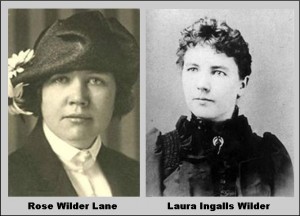 Laura Ingalls Wilder wrote a manuscript, Pioneer Girl, published for the first time in December 2014 by the South Dakota Historical Society and edited by Pamela Smith Hill. This first-person account of growing up with hardships and tragedies as white settlers didn’t find interest from a publisher. It did, however, inspire 11 novels and multiple short stories by Laura Ingalls Wilder and her daughter Rose Wilder Lane. An editor and successful Bobbs-Merrill author, Rose suggested ‘Mama Bess’ (the nickname she called her mother) consider fictionalizing the stories for the juvenile market. Wilder revised and based her first novel, Little House in the Big Woods, on Pioneer Girl. Developmental editing of Wilder’s memoir for young readers meant Lane approached the writing as fiction and switched from first-person to third-person limited. An elderly grandmother is introduced as the narrator with the opening line, “When Grandma was a little girl.”

Point of view (POV) is the manner in which a story or account is narrated and determined by who it is that tells the story. It is the angle, perspective, or lens through which readers see. How Scout sees the adult subject matter of race, violence, sexuality, stigma, and justice is innocent and naïve. Laura is also a flawed character: plucky, quick-tempered, and sometimes lacks self-confidence. In both of these great American novels, the switch to third-person limited POV changed the story structure into a more satisfying read. 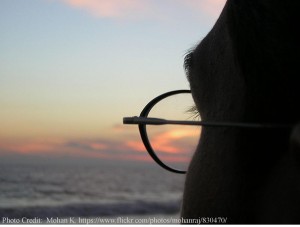 Most writers know three voices: first-, second-, and third-person POV. Not every writer knows third-person comes in three styles. Third-person objective is the neutral language adopted by an impartial narrator. This is what is often called journalistic style or reportage. The narrator is the fly-on-the-wall. Third-person omniscient adopts the voice of an all-seeing, all-knowing narrator who shares with the reader a perspective larger the sum of the characters. This is the writing style of most nonfiction, especially history. Third-person limited POV is what Mark Twain used to craft The Adventures of Tom Sawyer. The narrator escapes the limitations of first-person whereby you cannot include information the narrator didn’t hear or see or experience directly. In the great American storytelling tradition, this third-person limited narrator sits on the porch in a rocking chair and begins, “Let me tell you the story about so-and-so.” The advantages to the reader of a narrator who knows more than the protagonist alone should not be underestimated. Knowing what the reader needs to know and when they need to know it in crafting a satisfying story arc is what makes an author successful. Turning a good story into a great one can be as simple as a change in perspective.

Find the heart of the story. Then figure out who is the best character to narrate it.