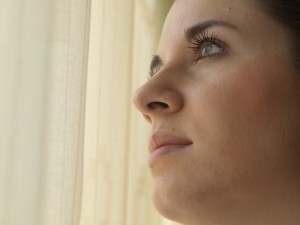 When I was a teenager, I was a little hurt when my mother commented that I was a daydreamer, as in “just a daydreamer.” Apparently I spent more time than my siblings sitting and staring off into space.

If I were Catholic, I would carry a bit of guilt for daydreaming, but my mother gave me Buddhism, from which I learned that reflecting on things is not much different than daydreaming.

In daydreaming, the controlling mind relaxes. There is no striving towards problem solving, but rather a contemplation of the options. However, as Erik Mueller says in Daydreaming in Humans and Machines, “…when one sees a cat, one is not overwhelmed with every idea and experience associated in some way with cats…” Even daydreaming can be selective. You don’t have to worry about your mind becoming so relaxed that random unrelated images bombard you.

In random daydreaming, a person’s thought usually turn to fantasies about people, on whatever emotional issues with them are most urgent at the time. But it is also possible to daydream with an indirect focus. One can go into a daydreaming mode with a particular idea in mind. 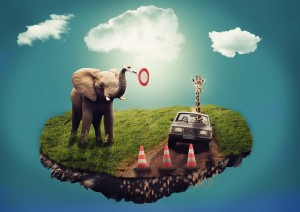 It is akin to solo brainstorming, and also shares some similarity with mindful meditation, which has been described as “paying attention in a particular way” by Jon Kabat Zinn, a longtime Buddhist teacher. It is also a technique used to help interpret one’s dreams. Night-time dreams have been known to offer profound truths, such as when Watson and Crick came up with the idea for double-helix DNA structure because of Watson’s dream of two snakes intertwining in a descending spiral.

It seems very possible that daydreams can offer up unexpected insights as well. Creativity has often been linked with daydreaming. A relaxed but focused mind is able to offer unexpected or new connections without getting distracted by all random stimuli; a state of mind that can be quite conducive to getting past writer’s block.”

Taking a walk while writing is not only good for the body, but it also is good for the mind. The mind is a muscle. 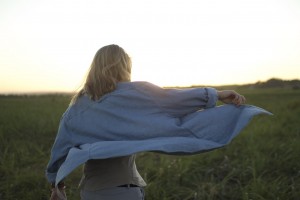 By taking a walk (or dancing) when faced with an obstacle in writing, you will give the mind muscle a chance to relax and recharge. It may be as simple as a renewal of motivation, or it may allow new ideas, new connections to float into your conscious mind. I have to admit I carry a notepad with me when I walk for this very reason. Trying to commit free-association ideas to memory isn’t as effective as it should be.

In considering the mind as a muscle, you might also enjoy this video on the topic which shows the possible unity of mind with the rest of the body.

Here’s one repertoire of exercises to warm up for more writing:

I’m not successful at forcing myself to sit down write on command. This repertoire works for me, but you can adapt it to your own circumstances. You might even try doing an active but routine housecleaning task for 15 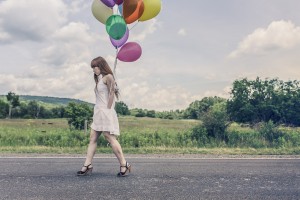 minutes, whatever gets you moving but leaves your mind at least partially free to relax. This process can be explained on a physical level: once your circulation is increased (by moving), new blood will course through your brain, and there can be a second wind in your productivity.

Give yourself a chance to daydream; it can be a very helpful addition to your “writer’s toolbox.” In any case, it is nothing to feel guilty about!

One thought on “Daydreaming for Authors”