Often when people plan to write a book, they dream their book will get published by one of the big publishers – Hatchette, Penguin Random House, Simon & Schuster, or HarperCollins. My story is different and I’ve always been grateful to have gotten in on the ground floor with a small publisher. 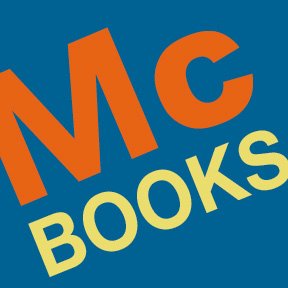 When my son was about 6 months old, I began working very part-time in a wonderful local Ithaca bookstore, McBooks. It was started by Alex Skutt (the store’s name was a nod to his political hero, George McGovern.) I brought my son to work during his nap times and he slept in a carrier under my desk in the back office where I did the bookkeeping.

One day the bookstore owner mentioned he was going to venture into publishing, starting a company called McBooks Press. His first project was to publish a book of poetry written by his girlfriend. I somewhat jokingly asked him if he’d be willing to publish something that I wrote.

“Well, it depends on what you write,” he replied, reasonably so.

At that point, in 1978, I was a vegetarian. In those times, vegetarianism was considered a questionable nutritional choice for adults, and I could not find any information about feeding a vegetarian baby. And so at home, I was trying to figure out how to give my son a healthy diet now that he was ready to eat solid food. 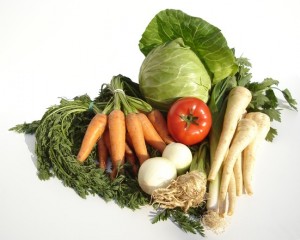 Then I realized I was already doing deeper research on a topic that would make a great book: Feeding a Vegetarian Baby. There was only one other publication on the topic, more of a pamphlet, which was not readily available, and the next day when I suggested the idea to my boss, he said, “Yes!”

I developed an outline for the book, creating a plan for a book that would answer all the questions I had. My boss drew up a one page contract on his typewriter, I signed it, and we were off into the world of publishing!

Writing this book was such an interesting project because it directly sprang from my desire to feed my son a healthy vegetarian diet. With Cornell libraries available up the hill, I found all kinds of research written to dissuade parents from a vegetarian diet, one article even calling it a form of child abuse.

I came to understand that the early vegetarians of the 60’s cut meat and dairy from their diets without making sure the nutrients were obtained in other ways. Vegan parents did not take into account the tremendous caloric needs of growing children because helpful nutritional information on the subject was not available. Doctors rarely had any nutritional training, much less vegetarian nutrition, and even less knowledge about changes necessary to feed vegetarian children. It wasn’t surprising to find that studies showed that vegan children in particular tended to be underweight and shorter than normal, with possible cognitive deficiencies as well. 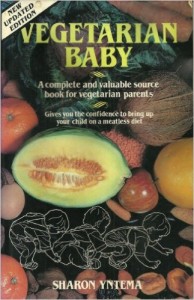 I finished the manuscript in 6 months, and it was published in 1980. The first run was about 4000 paperback copies, including a small number also published in hardcover with an eye to selling to libraries. The book got good reviews in Library Journal and Vegetarian Times. The first run sold out in about 6 months, and another run was done. To date, Vegetarian Baby has sold over 70,000 copies.

My publisher, Alex Skutt, had been working as a bookseller for several years, and talked to publisher reps every season. He knew the ins and outs of publishing from a user’s perspective and so began to apply his insights to McBooks Press. He was also quite the visionary, including “electronic rights” in the contract at a time way before ebooks were even a glint in anyone’s eye. (It was quite surprising, 20 years later, when he began publishing an ebook version, to realize that he’d naively offered a much higher royalty rate for the electronic versions than for the hard copy, so a couple of my royalty checks suddenly jumped up.)When my book was updated, the contract was revised, and this skewed detail was brought into line with hardcover and paperback royalty percentages.

Because of the timing of the book, in an era when there was nothing else available on the subject, my book became a bestseller for McBooks Press. In the first few years after it was published, my biannual royalty checks were a life-saver financially since I was a single parent with a part-time job. For the record, I still receive a few hundred dollars a year in royalty checks now, 35 years later!

Alex explored foreign rights to the book, and was able to sell in other languages to publishers around the world: England (yes, there were some language changes to the British edition), Israel, Spanish, Portuguese, Dutch and Polish. These were primarily outright sales, without ongoing royalties, but what a thrill to receive copies of the books in different languages, with other covers, other vegetarian children pictured. I hoped the translations were accurate, and sometimes wondered how differing food supplies in other countries might affect the usefulness of the book. But I was still so impressed that Alex was able to do this kind of outreach publishing on my behalf. 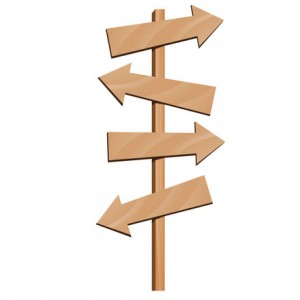 If I had been published by a large publisher, there are so many ways my experience would have been different. The personal element would not have been there to suggest the idea and encourage me in the first place. Even though it was a good seller for McBooks Press, my book didn’t sell enough copies to hit the New York Times bestseller list and would probably have quickly faded to backlist and then out of print without any further sales effort from a larger publisher. I doubt at that point that foreign rights would have been explored, nor electronic rights written into the contract. Having a small publisher was like being a large fish in a small pond, and I was very fortunate every step of the way.

At some point, it became clear to Alex that McBooks Press needed additional distribution capabilities, and so McBooks joined a publishing group that centralized distribution for a number of small presses. In this way, the publisher rep for the group would go to a huge number of booksellers around the country to promote my book along with other titles.

While this worked for a while, the distribution group developed some severe financial troubles and book distribution for McBooks Press came to a halt. But Alex was not going to give up so easily, and in fact McBooks Press received the first annual award for Creativity in Independent Publishing from the Association of American Publishers in 2004.

“Mr. Skutt was nominated by his staff in recognition of the extraordinary creativity he demonstrated after his company suffered a $330,000 loss resulting from the bankruptcy of its distributor. According to the staffers who nominated him, Mr. Skutt’s “integrity and fairness with distributors, authors, and staff inspired everyone’s trust . . . so that McBooks stayed viable.”

Because Vegetarian Baby had been such a success, I contracted with McBooks Press to write three other books, Vegetarian Children, Vegetarian Pregnancy, and Vegetarian Family. I received an advance for each of these, but only completed the first two. By the time I began work on Vegetarian Family, I realized that I had exhausted my enthusiasm for the topic; my son no longer wanted to discuss food or eating habits with me; my second husband was not a vegetarian, and it did not seem right to continue writing books on the topic. I had to return the third advance, of course, but it was such a relief to be out of the contractual responsibilities that I was happy to do so and there were no hard feelings. When Vegetarian Baby needed updating (new nutritional information became available that would enhance the book), I readily agreed to have someone else do the updating.

Nowadays, I am working in a different field, writing about massage and bodywork instead of nutrition. I’m not ready to publish anything, and McBooks Press would not be the right publisher in any case, as they almost entirely focus on nautical fiction at this time. But I look back with wonder at my success as an author which clearly came from working with a small publisher who is deeply committed to publishing, innovative and willing to focus his energy on taking my book into uncharted publishing territory.

In the pre-dawn hours of February 18, 1942, three American warships zigzagged in convoy along the south coast of Newfoundland. Caught in a raging blizzard, the three ships ran aground on one of the most inhospitable stretches of coastline in the world—less than three miles apart, within eight minutes of each other. The Wilkes freed herself. The Truxton and Pollux could not. Fighting frigid temperatures, wild surf, and a heavy oil slick, a few sailors, through ingenuity and sheer grit, managed to gain shore—only to be stranded under cliffs some 200 feet high. From there, local miners mounted an arduous rescue mission. In Hard Aground, based on END_OF_DOCUMENT_TOKEN_TO_BE_REPLACED

3 thoughts on “Adventures with a Small Publisher”