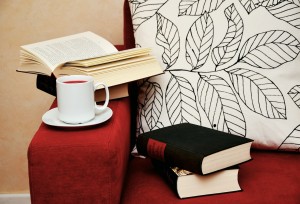 No distractions. No interruptions. It is the time of year when I can indulge in reading works I have set aside because I know I am going to enjoy them.

Some of these might have ended on my list to wrap up for 2015 if I hadn’t set them aside for my end-of-year reading marathon.

In short, I may have saved the best for last.

Here’s what on my TBR stack for my holiday reading.

For the love of books!

Synopsis: Constance Kopp doesn’t quite fit the mold. She towers over most men, has no interest in marriage or domestic affairs, and has been isolated from the world since a family secret sent her and her sisters into hiding fifteen years ago. One day a belligerent and powerful silk factory owner runs down their buggy, and a dispute over damages turns into a war of bricks, bullets, and threats as he unleashes his gang on their family farm. When the sheriff enlists her help in convicting the men, Constance is forced to confront her past and defend her family—and she does it in a way that few women of 1914 would have dared.

Stewart’s previous books, Wicked Plants and The Drunken Botanist, made me a fan of her nonfiction science writing. This is her first work of fiction. She and her husband live in Eureka, California, where they own a bookstore called Eureka Books.

Synopsis: In this groundbreaking book, a unique interplay of narrative and image, Mann’s preoccupation with family, race, mortality, and the storied landscape of the American South are revealed as almost genetically predetermined, written into her DNA by the family history that precedes her. Sorting through boxes of family papers and yellowed photographs she finds more than she bargained for: “deceit and scandal, alcohol, domestic abuse, car crashes, bogeymen, clandestine affairs, dearly loved and disputed family land . . . racial complications, vast sums of money made and lost, the return of the prodigal son, and maybe even bloody murder.” In lyrical prose and startlingly revealing photographs, she crafts a totally original form of personal history that has the page-turning drama of a great novel but is firmly rooted in the fertile soil of her own life.

The controversy surrounding Sally Mann’s photography finally has her full backstory. I adored Patti Smith’s Just Kids, her memoir about Robert Mapplethorpe. And I still hope one day a memoir in photography about Jacqueline Livingston might be done.

Synopsis: Readers looking for another red-man-departs-wise-words-to-white-man-to-lessen-white- man’s-guilt will be disappointed by the tone and content of this work. Realists wanting a truthful, fiery, and, ultimately, cleansing dialogue between Indian and white will definitely want it. Nerburn reluctantly agrees to a meeting with Dan, a Lakota elder who asks him to construct a book from a motley collection of notes, diatribes, and political and social commentaries written over seven decades and kept in an old shoe box. Void of the hypocrisy rampant in many books that have whites adopting the ways of “the great spirit,” Nerburn exposes the real truth, which whites are unwilling to face: that in “the hunger to own a piece of the earth, we had destroyed the dreams and families of an entire race.” Joined by a dog named Fatback, Dan gives Nerburn the ride of his life as they cross the vast Midwest in Dan’s Buick. Along the way, Dan alternates between rage and melancholy, and Nerburn between shame and confusion. Nerburn unintentionally touches nerve after nerve and elicits an almost unbearable flood of anguish and despair. The truth revealed in this book will be difficult for most whites to face, but it is painfully necessary if healing is ever to begin. Kevin Roddy/Booklist.

Now a classic, a 1996 Minnesota Book Award winner, filledwith vivid characters about land v. property, the power of silence, and the selling of sacred objects and ceremonies.

Synopsis: Built of the interlocking fates of a badger-baiter and a farmer struggling through lambing season, The Dig unfolds in a stark rural setting where man, animal, and land are at loggerheads. There is no bucolic pastoral here: this is pure, pared-down rural realism, crackling with compressed energy, from a writer of uncommon gifts.

This Welch novelist came recommended by a beloved bookseller at Thomas A. Lyons Fine Books in Neenah, Wisconsin. That is was published by Coffee House Press made sense as I start to get a sense of place that feels Midwestern Gothic.

Synopsis: Every story has two sides. Every relationship has two perspectives. And sometimes, it turns out, the key to a great marriage is not its truths but its secrets. At the core of this rich, expansive, layered novel, Lauren Groff presents the story of one such marriage over the course of twenty-four years. At age twenty-two, Lotto and Mathilde are tall, glamorous, madly in love, and destined for greatness. A decade later, their marriage is still the envy of their friends, but with an electric thrill we understand that things are even more complicated and remarkable than they have seemed. With stunning revelations and multiple threads, and in prose that is vibrantly alive and original, Groff delivers a deeply satisfying novel about love, art, creativity, and power that is unlike anything that has come before it. Profound, surprising, propulsive, and emotionally riveting, it stirs both the mind and the heart.

Arcadia is a book I read twice because I enjoyed it so much. This one looks to be a pleasure read.

Hetty “Handful” Grimke, an urban slave in early nineteenth century Charleston, yearns for life beyond the suffocating walls that enclose her within the wealthy Grimke household. The Grimke’s daughter, Sarah, has known from an early age she is meant to do something large in the world, but she is hemmed in by the limits imposed on women. Kidd’s sweeping novel is set in motion on Sarah’s eleventh birthday, when she is given ownership of ten year old Handful, who is to be her handmaid. We follow their remarkable journeys over the next thirty five years, as both strive for a life of their own, dramatically shaping each other’s destinies and forming a complex relationship marked by guilt, defiance, estrangement and the uneasy ways of love.

As the stories build to a riveting climax, Handful will endure loss and sorrow, finding courage and a sense of self in the process. Sarah will experience crushed hopes, betrayal, unrequited love, and ostracism before leaving Charleston to find her place alongside her fearless younger sister, Angelina, as one of the early pioneers in the abolition and women’s rights movements. Inspired by the historical figure of Sarah Grimke, Kidd goes beyond the record to flesh out the rich interior lives of all of her characters, both real and invented, including Handful’s cunning mother, Charlotte, who courts danger in her search for something better.

This is the next selection for my Appleton book club. To date there hasn’t been a book chosen I haven’t enjoyed reading.

Synopsis: From Dani Shapiro, bestselling author of Devotion and Slow Motion, comes a witty, heartfelt, and practical look at the exhilarating and challenging process of storytelling. At once a memoir, a meditation on the artistic process, and advice on craft, Still Writing is an intimate companion to living a creative life. Writers—and anyone with an artistic temperament—will find inspiration and comfort in these pages. Offering lessons learned over twenty years of teaching and writing, Shapiro shares her own revealing insights to weave an indispensable almanac for modern writers.

I overlooked this book last year and don’t want to end another one without reading it.