It’s December and I reflect back on the books I’ve read this year which stand out above all others from my vantage as a book development editor. Here’s my top 10 list of great new books and why I think these works will stand the test of time. 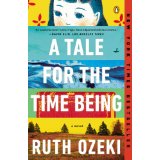 In Tokyo, sixteen-year-old Nao decides there’s only one escape from her aching loneliness and her classmates’ bullying. But before she ends it all, Nao plans to document in her diary the life of her great grandmother, a Buddhist nun who’s lived more than a century. Across the Pacific, we meet Ruth, a novelist living on a remote island who discovers a collection of artifacts washed ashore in a Hello Kitty lunchbox—possibly debris from the devastating 2011 tsunami. As the mystery of its contents unfolds, Ruth is pulled into the past, into Nao’s drama and her unknown fate, and forward into her own future. Full of Ozeki’s signature humor and deeply engaged with the relationship between writer and reader, past and present, fact and fiction, quantum physics, history, and myth. The playfulness of this novelist with narrative and her strengths in making the implausible seem realistic merits note. 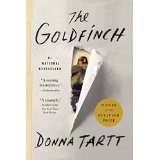 Theo Decker, a 13-year-old New Yorker, miraculously survives an accident that kills his mother while they are in a museum. Theo is taken in by the family of a wealthy friend. Bewildered by his strange new home on Park Avenue, disturbed by schoolmates, and tormented by his longing for his mother, he clings to a small, mysteriously captivating painting of a bird he kept hidden and stole from the museum after the bomb blast. This rare painting draws Theo into the underworld of art. His father appears and takes Theo to Las Vegas with his trashy wife where he makes friends with Boris, a Ukranian sidekick and a character worthy of study for subplot structure. When Theo’s dad dies he returns to New York where he works in an antique store for Hobie, who becomes his mentor. As an adult, Theo moves among the wealthy, alienated and in love–and at the center of a narrowing, ever more dangerous circle surrounding the stolen painting of the Goldfinch. Donna Tartt knows how to craft a plot driven by characters’ motives. Stay up all night storytelling. It won the Pulitizer Prize. 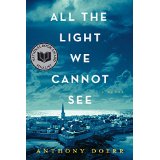 About a blind French girl and a German boy whose paths collide in occupied France as both try to survive the devastation of World War II. Marie-Laure lives with her father in Paris near the Museum of Natural History, where he works as the master of its thousands of locks. When she is six, Marie-Laure goes blind and her father builds a perfect miniature of their neighborhood so she can memorize it by touch and navigate her way home. When she is twelve, the Nazis occupy Paris and father and daughter flee to the walled citadel of Saint-Malo, where Marie-Laure’s reclusive great-uncle lives in a tall house by the sea. With them they carry what might be the museum’s most valuable and dangerous jewel. In a mining town in Germany, the orphan Werner grows up with his younger sister, enchanted by a crude radio they find. Werner becomes an expert at building and fixing these crucial new instruments, a talent that wins him a place at a brutal academy for Hitler Youth, then a special assignment to track the resistance. More and more aware of the human cost of his intelligence, Werner travels through the heart of the war and, finally, into Saint-Malo, where his story and Marie-Laure’s converge. 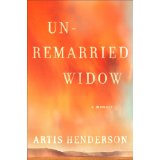 Marrying a conservative Texan soldier and becoming an Army wife was never part of Artis Henderson’s plan, but when she met Miles, she threw caution to the wind and moved with him to a series of Army bases. She made few friends among the other Army wives. On November 6, 2006, the Apache helicopter carrying Miles crashed in Iraq, leaving twenty-six-year-old Artis—in official military terms—an “unremarried widow.” A role, she later realized, that her mother had been cast in 20 years earlier when Artis was five years old and her father died in a plane crash. Artis Henderson’s voice and writing made her story an extraordinary memoir. 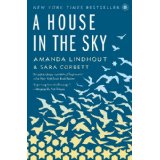 As a child, Amanda Lindhout escaped a violent household by paging through issues of National Geographic and imagining herself in its exotic locales. At the age of nineteen, working as a cocktail waitress in Calgary, Alberta, she began saving her tips so she could travel the globe. Aspiring to understand the world and live a significant life, she backpacked through Latin America, Laos, Bangladesh, and India, and emboldened by each adventure, went on to Sudan, Syria, and Pakistan. In war-ridden Afghanistan and Iraq she carved out a fledgling career as a television reporter. And then, in August 2008, she traveled to Somalia—“the most dangerous place on earth.” On her fourth day, she was abducted by a group of masked men along a dusty road. Held hostage for 460 days, Amanda converts to Islam as a survival tactic, receives “wife lessons” from one of her captors, and risks a daring escape. Moved between a series of abandoned houses in the desert, she survives on memory—every lush detail of the world she experienced in her life before captivity—and on strategy, fortitude, and hope. When she is most desperate, she visits a house in the sky, high above the woman kept in chains, in the dark, being tortured.

Professor of plant ecology Kimmerer combines indigenous knowledge with Western science in this series of essays. Her mesmerizing vignettes about sweetgrass basket-making and scientific attempts to reintroduce sweetgrass habitat begins her braiding together of spiritual, social, and scientific strands of knowing. She shares legends from Potawatomi culture to illustrate a philosophy of gratitude in botanical wisdom. Naturalist for the 21st century, Kimmerer is also the author of Gathering Moss.

Questions about the long-term evolution of inequality, the concentration of wealth, and the prospects for economic growth lie at the heart of political economy. But satisfactory answers have been hard to find for lack of adequate data and clear guiding theories. In Capital in the Twenty-First Century, Thomas Piketty analyzes a unique collection of data from twenty countries, ranging as far back as the eighteenth century, to uncover key economic and social patterns. The main driver of inequality—the tendency of returns on capital to exceed the rate of economic growth—today threatens to generate extreme inequalities that stir discontent and undermine democratic values.

Dunbar-Ortiz challenges the founding myth of the United States and shows how policy against Indigenous peoples was colonialist and designed to seize the territories of the original inhabitants, displacing or eliminating them. And as Dunbar-Ortiz reveals, this policy was praised in popular culture, through writers like James Fenimore Cooper and Walt Whitman, and in the highest offices of government and the military. Impeccably researched and elegantly written. 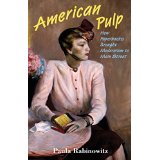 Published in vast numbers of titles, available everywhere, and sometimes selling in the millions, pulps were throwaway objects accessible to anyone with a quarter. Conventionally associated with romance, crime, and science fiction, the pulps in fact came in every genre and subject. American Pulp tells how these books ingeniously repackaged highbrow fiction and nonfiction for a mass audience, drawing in readers of every kind with promises of entertainment, enlightenment, and titillation. Focusing on important episodes in pulp history, Rabinowitz looks at the wide-ranging effects of free paperbacks distributed to World War II servicemen and women; how pulps prompted important censorship and First Amendment cases; how some gay women read pulp lesbian novels as how-to-dress manuals; the unlikely appearance in pulp science fiction of early representations of the Holocaust; how writers and artists appropriated pulp as a literary and visual style; and much more. Examining their often-lurid packaging as well as their content, American Pulp is richly illustrated with reproductions of dozens of pulp paperback covers, many in color.

You might think a book without pictures would be boring but not when you read this one aloud.

For the love of books! Please tell me what books you read in 2014 that made a difference in your writing.