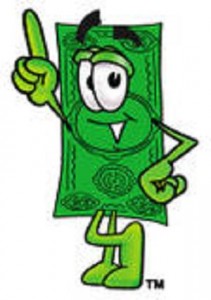 There is a war raging in book publishing. Amazon v. Authors, Books, Bookstores, Publishers, and Readers.

There has been a long buildup to this conflict. It’s recently heated up over the pricing of ebooks with Hatchette. To bring in reinforcements, Hachette announced a three way deal. It intends to purchase Perseus Books and sell off distribution services to Ingram. Germany launches an investigation of Amazon for anti-trust violations as it has cornered 70% of online retail book purchases.

Until recently, Amazon fought furiously against paying state sales taxes. None of Amazon’s US workers belong to unions. Warehouse jobs are being taken over by robots and soon packages will be delivered by drones. You have heard complaints about low wages and poor labor practices at Amazon before, but who hasn’t shopped at Amazon? What’s the big deal?

The big deal is economic war. And as an author you can get caught in the crossfire. The lines in the sand have been drawn.

There isn’t a bookstore in America that will stock a title published by Amazon. Bookstores consider Amazon the enemy; they undersell. Amazon doesn’t make a profit from selling books. Sales of books account for 7% of Amazon’s $75 billion dollar revenues. They sell books to get customers’ demographic data and then sell them everything else as a retail clearinghouse.

In economics, a monopsony is a market where there is only one buyer and multiple sellers. A monopsony dictates terms to sellers much like a monopolist who controls the market when he is the only seller with many buyers. Amazon today is a monopsony as it negotiates purchase contracts for inventory from publishers.

By 2010 Amazon controlled ninety percent of the market in digital books. Publishers looked for a competitor to Amazon and found it in Apple. Offering an “agency model” of a 30 percent commission on book sales, Apple offered publishers a way to control pricing. Amazon filed a complaint with the Federal Trade Commission and in April 2012 the Justice Department sued Apple and the five publishers for conspiring to raise prices and restrain competition. Amazon had an effective monopoly in digital books and sold them so cheap it resembled predatory pricing – a barrier to potential competitors. The court looked at the antitrust case from the perspective of consumers for whom what matters most is lowest price, even if that goal comes at the expense of market competition.

If you want to get your book published in the current market it means you have to choose sides in this economic war. If you self-publish, then your only distribution channel is Amazon. You won’t find your title in a bookstore, museum gift shop, library or school. And there isn’t a legitimate publisher out there who will work with you on your next book. Once you step over the line in the sand to Amazon’s side there is little chance of crossing back over until this long and protracted war is over.

In the pre-dawn hours of February 18, 1942, three American warships zigzagged in convoy along the south coast of Newfoundland. Caught in a raging blizzard, the three ships ran aground on one of the most inhospitable stretches of coastline in the world—less than three miles apart, within eight minutes of each other. The Wilkes freed herself. The Truxton and Pollux could not. Fighting frigid temperatures, wild surf, and a heavy oil slick, a few sailors, through ingenuity and sheer grit, managed to gain shore—only to be stranded under cliffs some 200 feet high. From there, local miners mounted an arduous rescue mission. In Hard Aground, based on END_OF_DOCUMENT_TOKEN_TO_BE_REPLACED

One thought on “The Battle with Monopsony: Amazon v. Books”