If you are a writer who seeks publication, you need to read. Yes, more books.

I often hear from writers who tell me they don’t read because they don’t want to be influenced by others’ works.

Bah Hambug! Everything is a Remix! To combine or edit existing materials produces something new. Original ideas aren’t created in a vacuum. 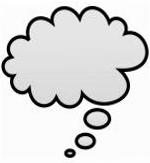 You don’t read because you don’t have enough time? I’ve heard that excuse, too. You don’t have time to waste writing if you haven’t been reading.

I think there’s a deeper fear when I hear this defense against reading. What if somebody has already written the book I want to write and it’s better than mine?

What if they have? Why is that a thing to be feared? If your book isn’t published yet, you’ve got time to make improvements. If you admire the writing, let the author know and create a relationship based on your gratitude and appreciation instead of jealousy. Cultivate a professional relationship.

A writer needs to know their genre intimately.

The writer who doesn’t read will fail to recognize the implicit contract between author and reader to serve the needs of readers. Be a reader. Be a friend to readers.

Long before there were writing workshops and MFA programs, aspiring authors learned to write from reading their predecessors and contemporaries.

Slow down. Read to study the craft of writing. Writers are readers first. 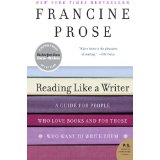 Reading like a Writer: A Guide for People Who Love Books and for Those Who Want to Write Them by Francine Prose is an invitation to examine why certain works in literature endure. It’s a guided tour of the literary conventions and tropes of master storytellers.

If you’re like me, you can sit at the keyboard and work on one paragraph for an hour. Word choices. Order of sentences. Eliminate passive voice. Change the verb tense. And then I start from the top of the paragraph again banging away without literary inspiration.

If I step away and get lost in a good book, when I return to the passage it’s worked itself out in my head. Snap. It works.

A lifelong knitter, trying to write a difficult passage for me is like finding a mistake in my stitchwork. Ack! I can see there is a problem. I don’t know what to do because I can’t figure out what I need to do.

I immediately set my needles down. Even if it’s an emergency, like a dropped stitch. I leave the knitting and focus on something else. Like reading the pattern. Again. More slowly. Then the fix comes to me as I read. Calmly, I pick up where I left off with a plan and strategy to move forward instead of ripping out the stitches back to where I missed something. 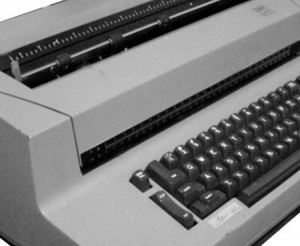 Having learned on a typewriter, not a keyboard, writing on the computer isn’t always faster for me. I use the backspace to erase everything I’ve entered from the moment I see my typo back to the mistake as though I were still using an IBM correcting Selectric. Kind of like ripping out all the stitches back to the dropped stitch. Do you spend hours writing and rewriting simultaneously?

When I write creatively, it’s hard to turn off my inner editor. The one inside my fingertips at the keyboard. When I write longhand, I am less likely stop and make corrections in the same way I do when writing at a keyboard. I slacken the reins enough to write my ideas out in a linear fashion. Writing by hand helps me find the same decelerated pace as reading.

When you slow down to read more good writing, you’ll learn the techniques and tricks to take your writing to the next level.

In the pre-dawn hours of February 18, 1942, three American warships zigzagged in convoy along the south coast of Newfoundland. Caught in a raging blizzard, the three ships ran aground on one of the most inhospitable stretches of coastline in the world—less than three miles apart, within eight minutes of each other. The Wilkes freed herself. The Truxton and Pollux could not. Fighting frigid temperatures, wild surf, and a heavy oil slick, a few sailors, through ingenuity and sheer grit, managed to gain shore—only to be stranded under cliffs some 200 feet high. From there, local miners mounted an arduous rescue mission. In Hard Aground, based on END_OF_DOCUMENT_TOKEN_TO_BE_REPLACED