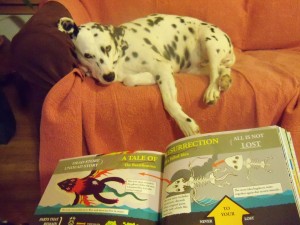 While a great first chapter may interest acquisitions editors in reading your full manuscript, your last chapter may determine whether you get a contract offer or not.

Reader dissatisfaction with the ending is the kiss of death to book sales. Perhaps you’ve even put down some of these books that have very well crafted first chapters that landed them a book contract but couldn’t sustain your interest. You don’t want that to be your book someone doesn’t finish reading.

If your first chapter lures the reader a solid hook and strong premise, builds excitement and trust in the author, then the author needs to deliver on the goods at the end of the book.

“The ending didn’t work for me.” If your beta-readers tell you this, then they are doing you a favor. They may not be able to articulate fully why it didn’t work for them as a writer, but what you need to know is that the ending did not satisfy the reader.

Reader satisfaction matters to publishers. A lot. Much easier to hear criticism from a beta-reader than in a rejection letter.

Endings are embedded in the beginning and the inevitability of the final outcome is structured into the narrative. Wrapping up all the loose ends and resolving all the plot and subplot points is essential to reader satisfaction.

“One must never place a loaded rifle on the stage if it isn’t going to go off. It’s wrong to make promises you don’t mean to keep,” Anton Chekov. This principle of narrative arc requires that every element in your book manuscript be necessary and that everything else be edited out. The ending or conclusion is a denouement: a final resolution or clarification of the narrative plot. After narrative tension has risen to a climax, the events following the crux reveal how the pieces of the puzzle fit together in this previously insoluble problem or conflict.

Wrapping it up. Not quite like putting a bow on a gift box. There are more ways to fail at your ending than there are in getting it right.

So what does it mean when readers and editors tell you the ending doesn’t work? Some reasons may be quite specific to the story, or to the conventions of its genre. Yet there are some very common reasons articulated in The Wonderbook.by Jeff Vandermeer. I encourage you to find more about this subject of “Falling Down At The End,” in this illustrated guide to writing.

In the pre-dawn hours of February 18, 1942, three American warships zigzagged in convoy along the south coast of Newfoundland. Caught in a raging blizzard, the three ships ran aground on one of the most inhospitable stretches of coastline in the world—less than three miles apart, within eight minutes of each other. The Wilkes freed herself. The Truxton and Pollux could not. Fighting frigid temperatures, wild surf, and a heavy oil slick, a few sailors, through ingenuity and sheer grit, managed to gain shore—only to be stranded under cliffs some 200 feet high. From there, local miners mounted an arduous rescue mission. In Hard Aground, based on END_OF_DOCUMENT_TOKEN_TO_BE_REPLACED

One thought on ““Meh.” The ending just didn’t do it for me.”