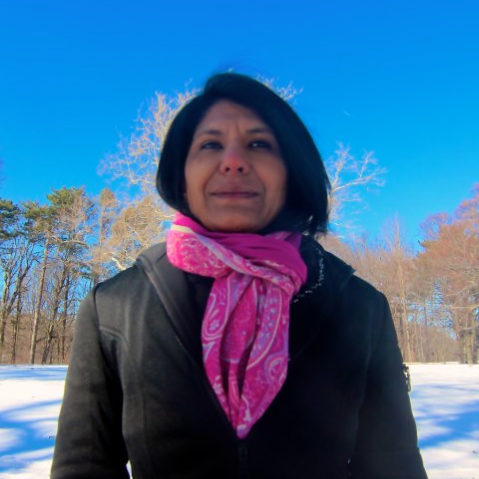 When I met Mariam Raqib at her Boston office at Simmons College, where she teaches Political Science, she welcomed me in with a warm, calming presence. From her gentle demeanor, one would never anticipate the weight of Mariam life’s story nor the power of her life’s mission. When she speaks about her organization and her work in Eastern Afghanistan, though, she does so with great passion.

Since Raqib founded Afghanistan Samsortya in 2008, the organization has established three tree nurseries in Eastern Afghanistan and tends 100,000 saplings. Once seedlings reach a state of maturity, they contribute them to the local communities. Fruit trees, in particular, provide a range of benefits to local households, she says.

“In Afghanistan, every bit of fruit is consumed or enjoyed. If it’s not eaten, it’s dried and eaten later… Fig trees produce fruit for three seasons. You have ripe fruit and you have fruit that’s green, and it’s all on the same tree. They can be dried as well, so in the wintertime they can be transported easily.”

Mulberries are another fruit enjoyed fresh or dried. In Eastern Afghanistan, it’s common to convene in a community courtyard of sorts, a shaded small orchard that also serves as a public space for anything from engaging in a political discussion to holding a marriage ceremony or funeral. The shade of the mulberry trees provides refuge from the elements, and villagers can keep their animals or livestock beneath the trees to escape the intense summer heat.

In the New Year, Afghanistan Samsortya will start work on a new project reforesting a mountaintop in Eastern Afghanistan, creating their fourth nursery in this region. In this space, they will plant a particular variety of mountain tree that is very resilient and revered by the local people. They have 2500 trees to transplant and will raise many more from seedlings to repopulate the area with trees. 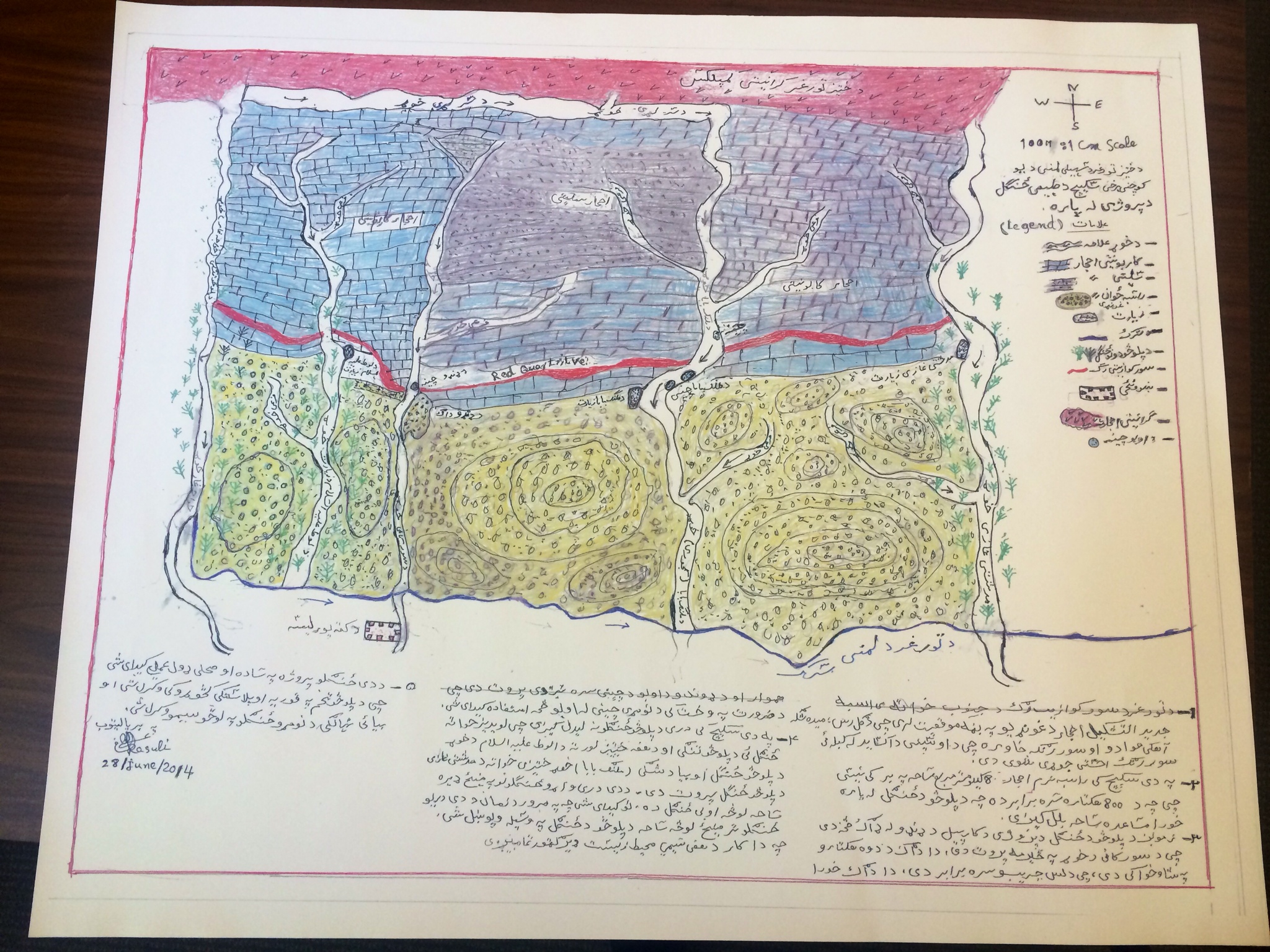 Many in Afghanistan suffer water-borne illnesses, especially young children. Each of Afghanistan Samsortya’s nurseries has a well that holds enough water not only to sustain the trees but also to provide clean drinking water for the local community. At Afghanistan Samsortya’s first nursery, members of the local population asked the organization to invest in solar panels for the project rather than using diesel fuel, with the aim of increasing efficiency and lessening environmental impact. The organization worked with a local engineer to purchase the solar panels, and the project was subsidized by the community itself, providing local labor using local resources. 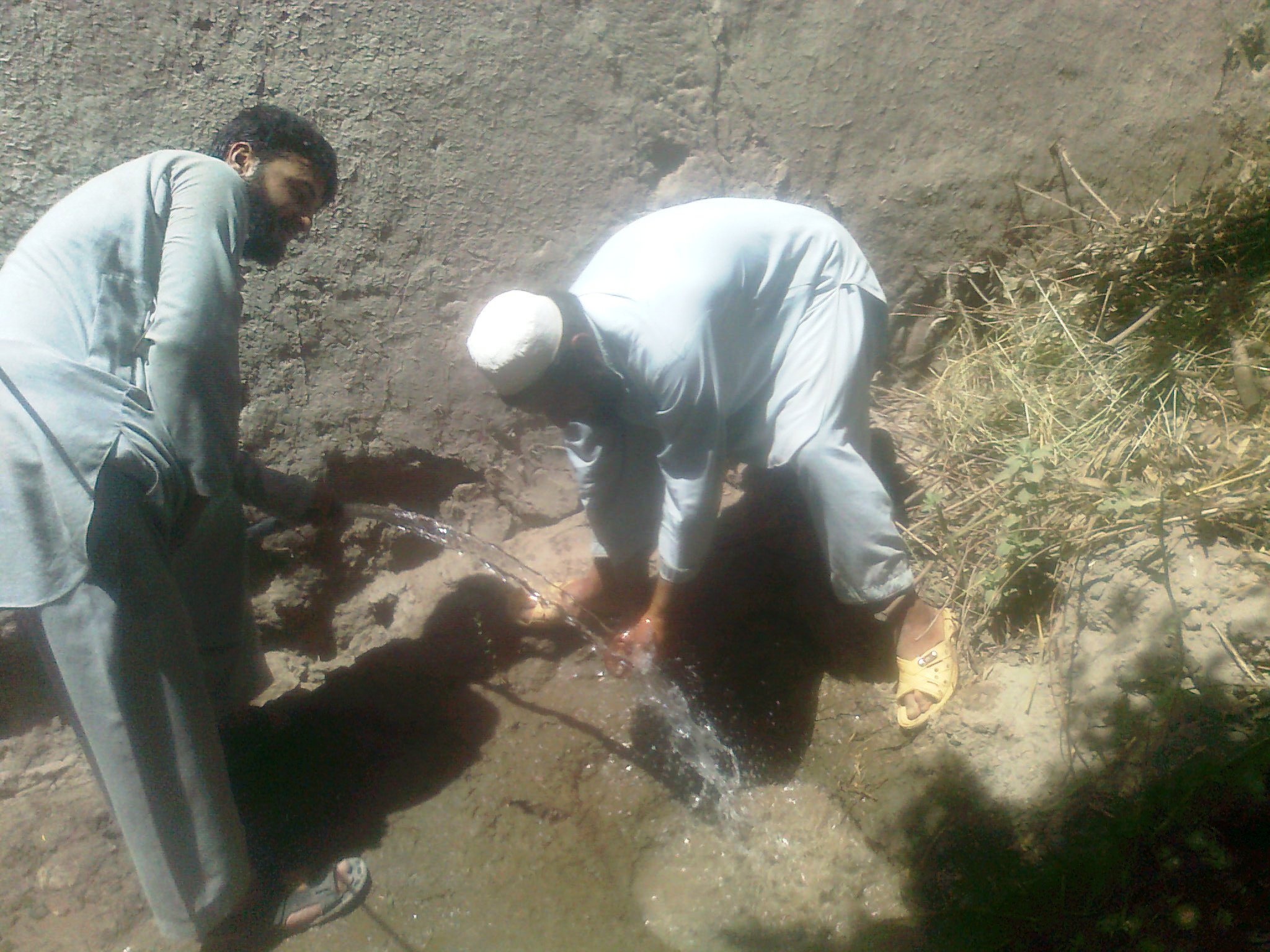 “Rural women are farmers. They know about better land stewardship and make a unique commitment to nurturing the natural environment. Some of these women are disenfranchised and have little opportunity for employment other than what we are able to offer them…  It’s a way for these women to feel empowered and contribute to the reconstruction of their country.”

In the past year and a half, Afghanistan Samsortya started working with livestock and poultry, giving a cow or chickens to a household, which provide an immediate impact to a hungry population.

“Milk is very important, obviously, because protein is so scarce. And the extra milk can be sold, so it provides funds for maybe the school books for that child, maybe medicine for that household, maybe transportation needs are met. But again, it’s alleviating poverty.”

In 2015 they plan to house at least 100 chickens in one location for the purpose of donating eggs to the local community, which will then be responsible for sustaining the project.

“I have been thinking about my story and Afghanistan’s story in the context of large, international issues since I was a very young child, and it obviously has an impact on me…  I could never turn my back [on Afghanistan]. It was always haunting me in a way, always calling me back. And there was such exquisite beauty in all of that tragedy.”

Prompted by other people’s questions about her experience and the desire to share her story after years of holding many of her memories within the deep recesses of her mind, Mariam found the writing process therapeutic in many ways. It forced her to reacquaint herself with the vulnerability and trauma of her childhood in a healthy way, she says, sharing through writing.

“What happens in Afghanistan matters…on an international scale.  And if we planted trees, hundreds of thousands of them, when we reforest, it means we’ve reforested a very fragile part of this gorgeous planet.”

Yesterday, Afghanistan Samsortya launched a project on the GlobalGiving website, a resource for nonprofit organizations to generate support and funding for specific projects. Through GlobalGiving, Afghanistan Samsortya faces a challenge to raise $5,000 in four weeks from 40 individual donors. Beyond this, Mariam has her own personal goal: to raise at least $10,000. Mariam hopes the challenge will raise awareness of her organization and its good work. She encourages the idea of giving trees in honor of friends and family members during the holiday season. For $15, an individual can provide the gift of a tree that will continue to give to a community in Eastern Afghanistan for years. And in the meantime, Mariam will continue to work tirelessly toward recreating the lush, green, fruitful land that she remembers from her childhood.

“Here’s the reality: It is very bleak, it is very upsetting, there are so many moments of tragedy. But at the same time, we are resilient. We humans, we don’t just succumb. This is not my story, it’s not Afghans’ story; it is universal. Humans try to survive. We try to survive.”

[This interview appeared earlier in the December 2014 Newsletter.] 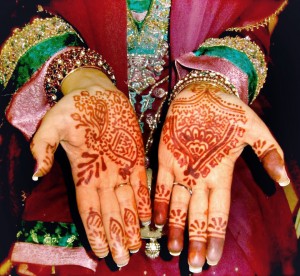