Award winning author, Cathryn Prince, will be in Ithaca for two events during Veterans Day weekend.  Cathryn Prince is the author of four books of non-fiction history, a frequent contributor to The Christian Science Monitor, The Weston Forum, Weston Magazine, and Ridgefield Magazine, and has taught journalism at Quinnipiac, Columbia and Boston Universities. Military Writers Society of America recently awarded Cathryn Prince its 2013 Founders Award for Death in the Baltic: The World War II Sinking of the Wilhelm Gustloff.

On Saturday, Nov. 9, at 1 p.m., Cathryn Prince will be part of the Veterans Day program on Absent Narratives sponsored by The History Center of Tompkins County. Executive Director Scott Callan has pulled together an exciting program that includes local author, Katie Aldridge, and Brooklyn poet and Iraqi war veteran, Nicole Goodwin. Cathryn Prince will discuss Burn the Town and Sack the Banks: Confederates Attack Vermont! (Basic Books) and local author, Katie Aldrigdge will talk about No Freedom Shrieker: The Civil War Letters of Union Soldier Charles Freeman Biddlecom, 147th Regiment, New York State Volunteer Army (Paramount Market Publishing).  Nicole Goodwin was one of the first homeless veterans of the Iraq War and featured in the documentary When I Came Home. She will read some of her poems and give a presentation on the Warrior Writers Project.  Cathryn Prince, Katie Aldridge, and Nicole Goodwin will discuss the importance of including absent narratives in our understanding of war history and the healing powers of writing for veterans. 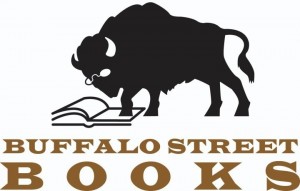 On Sunday, Nov. 10, at 1 p.m., Cathryn Prince will be at Buffalo Street Books for a presentation on Death in the Baltic: The World War II Sinking of the Wilhelm Gustloff (Palgrave Macmillan).

The worst maritime disaster ever happened in January 1945 in the freezing water of the Baltic Sea when more than 9,400 perished. Drawing on interviews with survivors, she weaves their personal narratives into a broader story brought back from the bottom of the sea.  Copies of her books will be available for purchase at both events, courtesy of Buffalo Street Books.

In the pre-dawn hours of February 18, 1942, three American warships zigzagged in convoy along the south coast of Newfoundland. Caught in a raging blizzard, the three ships ran aground on one of the most inhospitable stretches of coastline in the world—less than three miles apart, within eight minutes of each other. The Wilkes freed herself. The Truxton and Pollux could not. Fighting frigid temperatures, wild surf, and a heavy oil slick, a few sailors, through ingenuity and sheer grit, managed to gain shore—only to be stranded under cliffs some 200 feet high. From there, local miners mounted an arduous rescue mission. In Hard Aground, based on END_OF_DOCUMENT_TOKEN_TO_BE_REPLACED