This is the second “Featured Local Bookstores” post that has focused on a bookstore located in downtown Ithaca’s Dewitt Mall. Until 2006, The Bookery and Buffalo Street Books used to be known as Bookery I and Bookery II. Now, however, it is the only bookery in town that offers “an extensive selection of used and rare books, available in our store and online at thebookery.com. In addition to this, The Bookery also appraises and purchases individual volumes and collections. 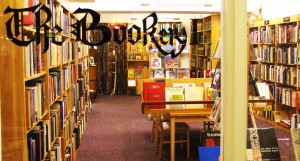 According to the Oxford English Dictionary, “bookery” is a noun that means “the study of books,” as well as “a collection of books; a library.” Maybe it’s time to add a new major to liberal arts course catalogues across the country – a B.A. in Bookery. The store embodies both definitions. I asked the young man at the front desk – a soft-spoken, quirky academic-type – if he’d studied literature before working at The Bookery. He shrugged and said simply, “No, I just love to read.” It’s not difficult to see why a bibliophile would be drawn to the store. The Bookery is quiet as a church and cozy as a friend’s fireside. The store is laid out in such a way that each section ends up with its own little alleyway or corner. The carpets are soft, and the resting places (tables, armchairs) are many. Making your way through the stacks is more labyrinthian than the store’s smallish size suggests, which only adds to its charm and privacy.

While most people think The Bookery deals only in antiquarian books (“Because,” said the young man, “the store is kind of intimidating”), there is actually a huge range of offerings, from $1 used paperbacks to academic texts. Many of the shelves fall into standard categories, such as gender studies, fiction, or history. Then there are the more specialized sections – magic and conjuring, historiography, Cornelliana, and best of all, an array of antique pop-up books. There is even a section devoted to “books on books.”

Scattered throughout the store are glass-front display tables and bookcases, with small polite notes requesting that you ask for assistance before removing a book. These are where the true first-edition, signed-manuscript junkies come to peer at dust jackets and original woodcut illustrations. The books in these cases are very beautiful and, indeed, somewhat intimidating. A glance revealed a full set of leather-bound, gold-embossed encyclopedias, and a first edition of “Leaves of Grass.” 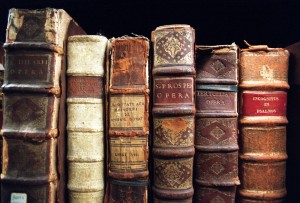 Part of the frustration of a bookstore that specializes in rare and out-of-print books is that an entire trip is often devoted to the pursuit of one particular edition. The Bookery eliminates the fruitless quest with their website’s thorough inventory of their current books. Detailing everything from paper quality and spine condition to markings and inscriptions, this feature would be immensely helpful for anyone trying to track down a particular book. Whether you’re a collector, an antiquarian book dealer, or the average bookworm, The Bookery will procure something worthwhile for you.

In the pre-dawn hours of February 18, 1942, three American warships zigzagged in convoy along the south coast of Newfoundland. Caught in a raging blizzard, the three ships ran aground on one of the most inhospitable stretches of coastline in the world—less than three miles apart, within eight minutes of each other. The Wilkes freed herself. The Truxton and Pollux could not. Fighting frigid temperatures, wild surf, and a heavy oil slick, a few sailors, through ingenuity and sheer grit, managed to gain shore—only to be stranded under cliffs some 200 feet high. From there, local miners mounted an arduous rescue mission. In Hard Aground, based on END_OF_DOCUMENT_TOKEN_TO_BE_REPLACED