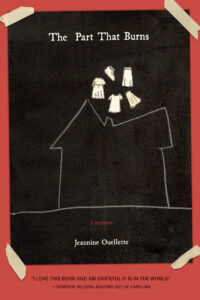 Jeannine Ouellette’s new memoir, The Part That Burns, has garnered critical acclaim since its release on February 1. Joyce Carol Oates called it “simply beautiful. Precisely imagined, poetically structured, compelling, and vivid.” Last week Ouellette joined Jo Ann Beard, Katherine Angel, Dantiel Moniz and Michele Filgate for a panel discussion on “Desire” for the Red Ink Series, sponsored by Books Are Magic bookstore in Brooklyn NY. Kirkus gave The Part That Burns a starred review and describes it as “A textured remembrance of a traumatic childhood that also offers affecting moments of beauty.”

Ouellette continues her virtual book tour this week with an event sponsored by independent bookstore Magers & Quinn in Minneapolis. Heidi Seaborn will moderate a discussion with Jeannine Ouellette, Lilly Dancyger (Negative Spaces) and Gina Frangello (Blow Your House Down: A Story of Family, Feminism, and Treason). This virtual event will be live on Facebook and YouTube. 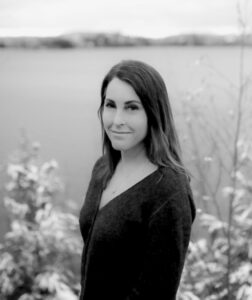 The following week, Literati Bookstore in Ann Arbor hosts a conversation with Ouellette and author Jennifer Pastiloff on Zoom a week from Thursday on March 25 at 8 pm ET. Jen is the founder of the online magazine, The Manifest-Station, and author of the On Being Human: A Memoir of Waking Up, Living Real, and Listening Hard. Register to get the Zoom link here.

Stay tuned for dates and locations to be announced for April events with Jeannine Ouellette and Ethel Rohan who has a new story collection coming out (In the Event of Contact) and with novelist Keisha Bush (No Heaven for Good Boys).

Enter to win a free copy of The Part That Burns by leaving a comment on the blog about why you’re interested in reading her memoir. A drawing for the winner will be held on Saturday, March 20.

UPDATE: We have a winner! Congratulations to Carly who will receive a copy in the mail this coming week. Thanks everyone for entering.

In the pre-dawn hours of February 18, 1942, three American warships zigzagged in convoy along the south coast of Newfoundland. Caught in a raging blizzard, the three ships ran aground on one of the most inhospitable stretches of coastline in the world—less than three miles apart, within eight minutes of each other. The Wilkes freed herself. The Truxton and Pollux could not. Fighting frigid temperatures, wild surf, and a heavy oil slick, a few sailors, through ingenuity and sheer grit, managed to gain shore—only to be stranded under cliffs some 200 feet high. From there, local miners mounted an arduous rescue mission. In Hard Aground, based on END_OF_DOCUMENT_TOKEN_TO_BE_REPLACED

28 thoughts on “The Part That Burns – A Book Giveaway”