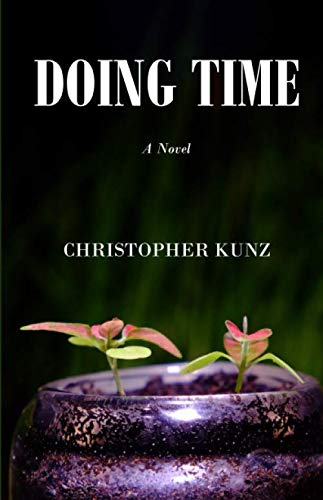 Looking for something new to read? Pick up Doing Time, a timely, thought-provoking tale by Wisconsin author Christopher Kunz.

Sentenced to the future by the Wisconsin Experimental Prison, identity thief Mike Newhouse is dropped into Eau Claire in 2151, a city transformed by past plagues into a sustainable, zero-growth, and highly connected society. Spied on by the men who launched his 131-year leap, Mike unwittingly sends information back to the present—to be used for good and nefarious purposes.

When Mike arrives in Eau Claire, the Prolong Life Movement (PLM), a shadowy organization with a controversial agenda to double human life expectancy, has targeted the city. Mike soon finds himself taking the blame for disease outbreaks that threaten the survival of Eau Claire’s residents. Together with Gina, the confident environmental engineer Mike falls for, he must risk everything to discover the source of the PLM’s power before it’s too late.

Doing Time is the journey of a man plunged into an unfamiliar future only to discover the biggest challenge isn’t change but what remains the same—love, deceit, and relationships. 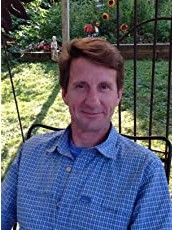 Christopher Kunz searches for the meaning of life and is fascinated by our short existence. When diagnosed with stage IV colon cancer, he decided to send his writing out into the world. He contemplates death, along with the graceful fall of a leaf, in his many personal essays. Now, with a closer horizon, his novels and essays seem prophetic. Christopher believes every story should have a happy ending and continues to write stories of hope and wonder, if a bit twisted.

Christopher balances the solitude of writing with the social nature of collaborative community politics. He currently serves as a city alderperson and recently finished twelve years as a school board member. He’s been a lifelong project manager and problem solver, dissecting issues with a need to correct discrepancies.

When both of his parents died too young, Christopher decided to spend his time doing the things he loves. He embraced his fear of being a lonely writer and finally put his psychology degree to use making up stories. He likes to tag along with his characters, much as he did growing up the youngest of four. He seeks to find wonder and present it in a way that makes the joy of discovery accessible to everyone.

Originally from Minneapolis, Christopher has rediscovered community, living in the wonderfully approachable city of Neenah, Wisconsin, with his lovely wife, wild gardens, and neglected lawn.

Pick up your copy of Doing Time today!

In the pre-dawn hours of February 18, 1942, three American warships zigzagged in convoy along the south coast of Newfoundland. Caught in a raging blizzard, the three ships ran aground on one of the most inhospitable stretches of coastline in the world—less than three miles apart, within eight minutes of each other. The Wilkes freed herself. The Truxton and Pollux could not. Fighting frigid temperatures, wild surf, and a heavy oil slick, a few sailors, through ingenuity and sheer grit, managed to gain shore—only to be stranded under cliffs some 200 feet high. From there, local miners mounted an arduous rescue mission. In Hard Aground, based on END_OF_DOCUMENT_TOKEN_TO_BE_REPLACED