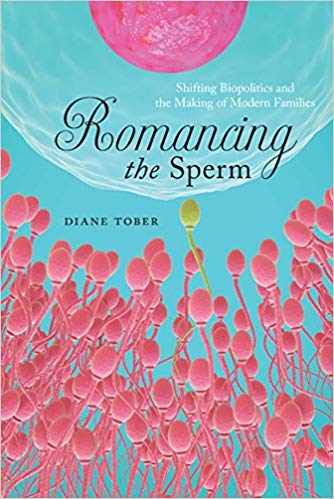 Our ideas about families have certainly undergone significant changes over the past couple decades, a shift that author, filmmaker, and anthropologist Diane Tober has been studying the past twenty years. Her new book Romancing the Sperm: Shifting Biopolitics and the Making of Modern Families chronicles the shifting landscape of modern families and Rutgers University Press will release it on November 5. “In Romancing the Sperm, Diane Tober explores the intersections between sperm donation and the broader social and political environment in which ‘modern families’ are created and regulated. Through intimate stories from her informants, this book provides a captivating read for anyone interested in family and kinship, genetics and eugenics, and how ever-expanding assisted reproductive technologies continue to redefine what it means to be human.”

In light of her impending book launch, I am excited to share my interview with medical anthropologist Diane Tober.

Audrey Arnold: You have a degree in anthropology and you research egg and sperm donation. What inspires your passion for this subject?

Diane Tober: I first got into this research while I was a graduate student in Medical Anthropology at UCSF in the 1990s. I was working as a research assistant on Prof. Gay Becker’s study exploring “Gender Differences in Response to Infertility,” which focused solely on married, heterosexual couples.

At the same time, single women and lesbian couples called up to volunteer for the study, but were rejected because they didn’t meet the study requirements. In the 1990s, “infertility” wasn’t considered to be an issue for unmarried women. I thought this would be an interesting project. I also didn’t feel comfortable turning people away who wanted to share their stories—especially people who were already marginalized—so I decided to pursue this topic for my dissertation.

One of the things I find most interesting as an anthropologist is how we, as individuals and as a society, think about family, kinship, and genetics. At the time, women without male partners were often denied access to fertility treatment, so they faced many challenges creating their families and, in the case of lesbian couples, having both mothers legally recognized as parents.

As I started interviewing women, I came to discover the way in which people choose sperm donors reflected deep personal, cultural, and to some degree, political values. Donor selection is embedded in individual perspectives on what is genetically valuable, and connected to what one hopes to see in their future child. I became very interested in how broader cultural values and politics intersect with sperm bank practices and individual experiences.

In all of my work—whether my research, writing, or now through documentary film—I love being able to leverage my anthropological skills and training to not only confront complex social issues, but also to tell intimate human stories.

AA: What impact do you hope your book Romancing the Sperm has on its readers and the world? 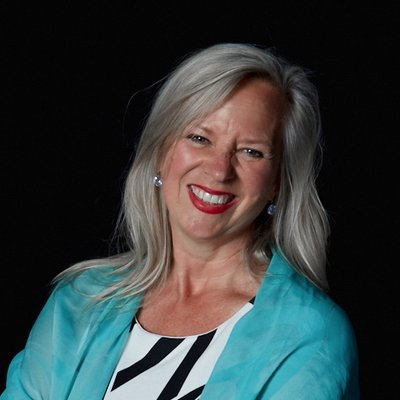 DT: I think the world needs more empathy and understanding. I hope readers of my book see and feel the humanity of the people who shared their stories with me. I think in the United States we have come a long way in terms of recognizing and accepting a range of family forms—especially with the legal recognition of same sex marriage. But people still face ridiculous obstacles in creating their families, having the same legal rights that heterosexual married couples take for granted and, in some places, being socially accepted.

Ultimately, I want my work to help inspire people to challenge their assumptions about social norms, and begin to think in new more encompassing ways that better reflect the range of human experience.

AA: What has been the most rewarding aspect of your research, writing, and work?

DT: Of course, getting my book published is enormously rewarding. This work has been over twenty years in the making, so seeing it materialize is an amazing feeling. Also, because I’ve been working on assisted reproduction and modern family creation for over twenty years, I have seen a lot of changes, both culturally and politically, in terms of recognizing same sex marriage and single parent families.

Also, on a personal level, as a single mother myself I spent years doing work that supported my kids and put food on the table, but was not my first passion—to have a career as an anthropologist. Now that my sons are older, I have been able to return to my own work—to my research—and think about how I want to spend the rest of my working years. My own life trajectory as a single working mother reflects the broader challenges women face in society as working parents. It feels enormously rewarding—but has also been enormously challenging—to now build my research career later in life and move my work forward.

AA: What were your thoughts going into writing this book and then bringing it to completion?

DT: I wouldn’t say that I had any initial expectations as to what writing and completing this book would be like. It certainly has been a journey, and Jill was enormously helpful in helping me articulate my thoughts and writing through this process.

Since I started this work back in the 1990s, the book has really changed over time, and so has my thinking. Having the benefit of seeing technologies—and how they are used—evolve over time has been really interesting. 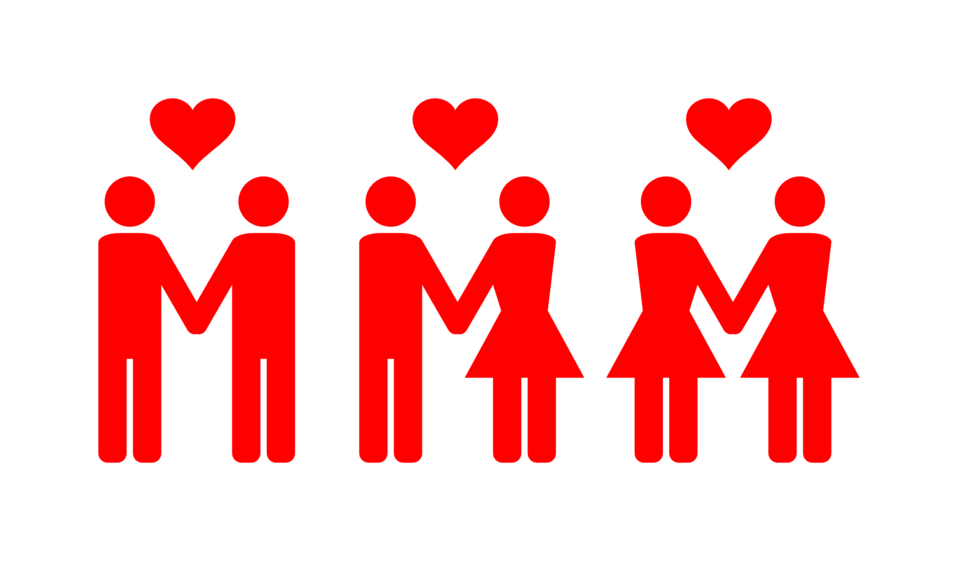 I couldn’t imagine twenty years ago just how much the reproductive technologies would advance. For example, at the time, single heterosexual women who wanted to have a child before their biological clocks ran out had one option: If they couldn’t find a partner, their only option was to find a sperm donor to conceive. Now, many women are freezing their eggs in their late twenties or early thirties, in an effort to stall the biological clock. Interestingly, the common denominator underlying both decisions—whether going to a sperm bank or freezing eggs—is not having found “Mr. Right.” Single women choosing sperm donors came to terms with mothering alone; egg freezers today are still holding out hope that the right man will come along eventually and that they won’t have to use their frozen eggs. With egg freezing, however, we do not yet know whether women who eventually use their frozen eggs will have the same success in achieving pregnancy as women who used sperm donors to have a child.

Twenty years ago we also didn’t see much in the way of transgender people using assisted reproductive technologies to create their families. Now we see transgender men freezing their eggs before undergoing gender affirming hormone therapies, and transgender men becoming pregnant. We’re also seeing increasing numbers of single men and same sex male couples using egg donors and gestational surrogates. The technological and social worlds have evolved simultaneously. Technologies that were initially created to treat infertility among heterosexual married couples have been adapted to different situations and needs beyond their intended use.

AA: What do you feel is the next step for you?

DT: Since about 2014, I have been conducting research with egg donors. To date, I’ve interviewed about 100 egg donors and conducted close to 200 surveys. My goal is to track donors’ experiences both in the short term and over time, so it’s a big project. 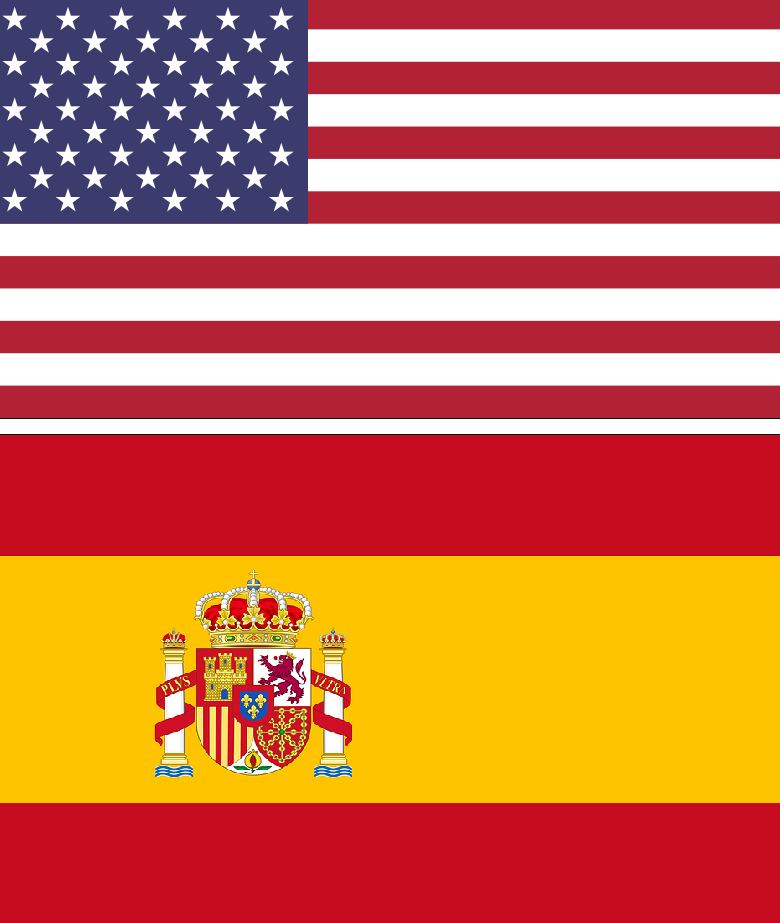 I was also recently awarded a National Science Foundation research grant to compare egg donation in the United States and Spain—two primary locations and destinations for fertility treatment with donor eggs, but under dramatically different regulatory conditions. I’m really interested in how these different regulations affect human biomarkets more broadly, and egg donors’ decisions and experiences more specifically. For the project, I’m collaborating with other scholars at universities in Spain and will be spending a lot of time going back and forth for the next few years.

I’ve also been working on two documentary films on egg donation: one based in the United States and the other focusing on the global market in human eggs in several different key, international locations.

So I have a number of interconnected projects I’ve been working on related to third party reproduction and the different actors involved, including industry professionals, donors, intended parents, and donor-conceived children. It’s an exciting time!

Pre-order your copy of Romancing the Sperm today, and catch Diane Tober presenting at the following events: 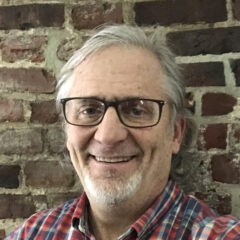 Brian McDonald has accepted an offer of publication for his new memoir, THE LONG SURRENDER (Working Title), from Wisdom Editions, an imprint of Calumet Editions for April 15, 2022. After 30 years of preaching, Brian Rush McDonald walked away from the pulpit. He had become a Jesus freak during the tumult of high school desegregation in the 70s in Mobile, Alabama, and then immersed himself in the dogma of fundamentalism at Bob Jones University. Anxiety about unsaved souls facing eternal damnation, doubts about harsh doctrine, and guilt about his sexual longings as a young adult—he attributed it all to Satanic END_OF_DOCUMENT_TOKEN_TO_BE_REPLACED