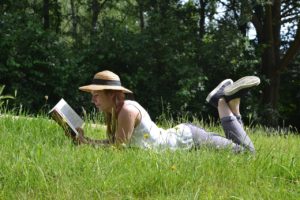 If you are an author of memoir, then you know the story isn’t entirely about you. It’s about the reader.

Taking the “me” out of memoir is important if you seek publication for your story. If you use the pronoun “I” in every sentence you actually create a division between you and the reader. Imagine the difference between these two passages.

In the first, the narrator creates a world with words that the reader can step into and experience for themselves in their imagination. When you read this passage, you feel as though you are there walking through the forest. As a memoir writer, you show the reader what you have experienced or witnessed.

The second scenario is too egocentric. Such narrators call attention to themselves. This style of narration excludes readers from the meaning-making process which is what makes this genre so rewarding to readers. Readers want to make their own inferences about the tree canopy, a breeze, shade, and birdsong. The narrator in this second example tells the reader what to think, instead of what to think about. 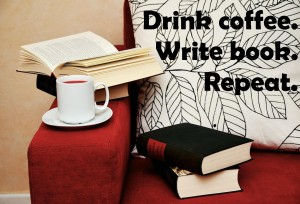 Memoir needs to offer the reader an arm-chair adventure, vicarious experiences, and a hero’s journey. The story needs to be about something bigger than one’s ego, something to which others can relate, perhaps a universal. Your story needs elements experienced by everybody.

But I often find novice memoirists try to write in general and vague terms thinking it will be easier for readers to relate, for them to imagine themselves in similar circumstances, or remember similar experiences. It may seem counterintuitive, but the universals in a memoir are found in the details.

The particulars. Specifics. Deets. The facts, ma’am. When, where, who, what, why, how.

Not “one day.” Instead, “on a hot July afternoon in 1987.” A good memoir has facts which you couldn’t possibly make up or fictionalize, and if you could, no one would believe you. Those rare experiences which yield sharp memories are the stuff of memoir. 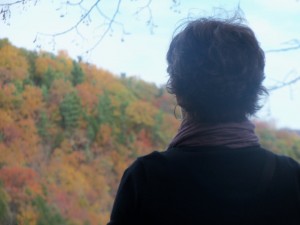 But which details? How do I know which facts are important to include?

Names, locations, dates. These are important for characters and events which appear in scenes in your narrative arc. Walk-on walk-off secondary characters do not need names but the reader needs to understand who else is in your life story as major characters and who is talking in dialogue. Keeping the reader informed of time and place in the scene is critical to the reader’s experience of your work.

If you have a scene in which there is little happening except sitting in a waiting room outside a hospital emergency room, you might write that in your pocket you found a piece of gum and chewed it. But if this is a scene in which you want to deepen the character and reveal more for the reader, then mentioning it was Juicy Fruit gum and you folded the yellow sleeve as though you were going to make a paper chain of the wrappers like you’d made in third grade when you waited outside Grandma’s hospital room. You’d wanted to give her a gum wrapper necklace to make her feel better so she could come home. You never saw her again. The detail of a gum wrapper is included because it serves to advance the story.

Details to exclude are those of no consequence. If you introduce a gun in the first act, however, it should go off before the end of the second act, according to Chekhov’s principle. In story structure, sequence is consequence.

This genre of nonfiction functions for readers like a synecdoche. What’s a synecdoche? It’s a rhetorical trope of letting the part stand for the whole. Or vice versa. The whole for one of its parts. Here I mean to suggest that it is the parts, the small bits, the particulars that matter first and most. From the particulars, some larger whole comes into meaning from life experiences and what it means to be human.

Polish your particulars. You are the only one who can write your specific story. In one speck of sand, the universe.

In the pre-dawn hours of February 18, 1942, three American warships zigzagged in convoy along the south coast of Newfoundland. Caught in a raging blizzard, the three ships ran aground on one of the most inhospitable stretches of coastline in the world—less than three miles apart, within eight minutes of each other. The Wilkes freed herself. The Truxton and Pollux could not. Fighting frigid temperatures, wild surf, and a heavy oil slick, a few sailors, through ingenuity and sheer grit, managed to gain shore—only to be stranded under cliffs some 200 feet high. From there, local miners mounted an arduous rescue mission. In Hard Aground, based on END_OF_DOCUMENT_TOKEN_TO_BE_REPLACED

3 thoughts on “Memoir as Synecdoche”