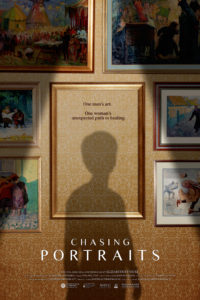 Many people all over the world have families who have been affected by the events of World War II. Elizabeth Rynecki is one of those people. Her great-grandfather Moshe Rynecki “depicted the everyday lives of the Polish-Jewish community in his art,” but sadly, he died in a concentration camp and most of his art was lost in the war. Elizabeth Rynecki’s book, titled Chasing Portraits: A Great-Granddaughter’s Quest for Her Lost Art Legacy, details the journey of Elizabeth as she strives to rebuild her great-grandfather’s art collection. For some time, Elizabeth has been working on producing a documentary film which bears the same title as her book, and now, at the end of May, the film will premiere in Warsaw, Poland. In light of this exciting news, I had the chance to interview Elizabeth Rynecki for Swenson Book Development, and I am excited to share it with you.

Swenson Book Development: What has it been like seeing this documentary film project come to life?

Elizabeth Rynecki: We filmed the first interview in 2008 and cut a 9 minute “proof of concept” trailer in 2010 as a way to generate interest and funding in the project. I thought I’d be finished in a year. I had no real understanding of the complexity of putting together a documentary film. I didn’t know how much money I would need, how hard it would be to raise it, nor how important it would be to assemble just the right team to bring it all together. I am incredibly fortunate to have worked with several very smart, talented, and capable individuals who understood the core of my story and wanted to help me tell it. Being able to say that I wrote a book and made a documentary film….it’s really very surreal. And, gosh darn it, I’m very proud of both. 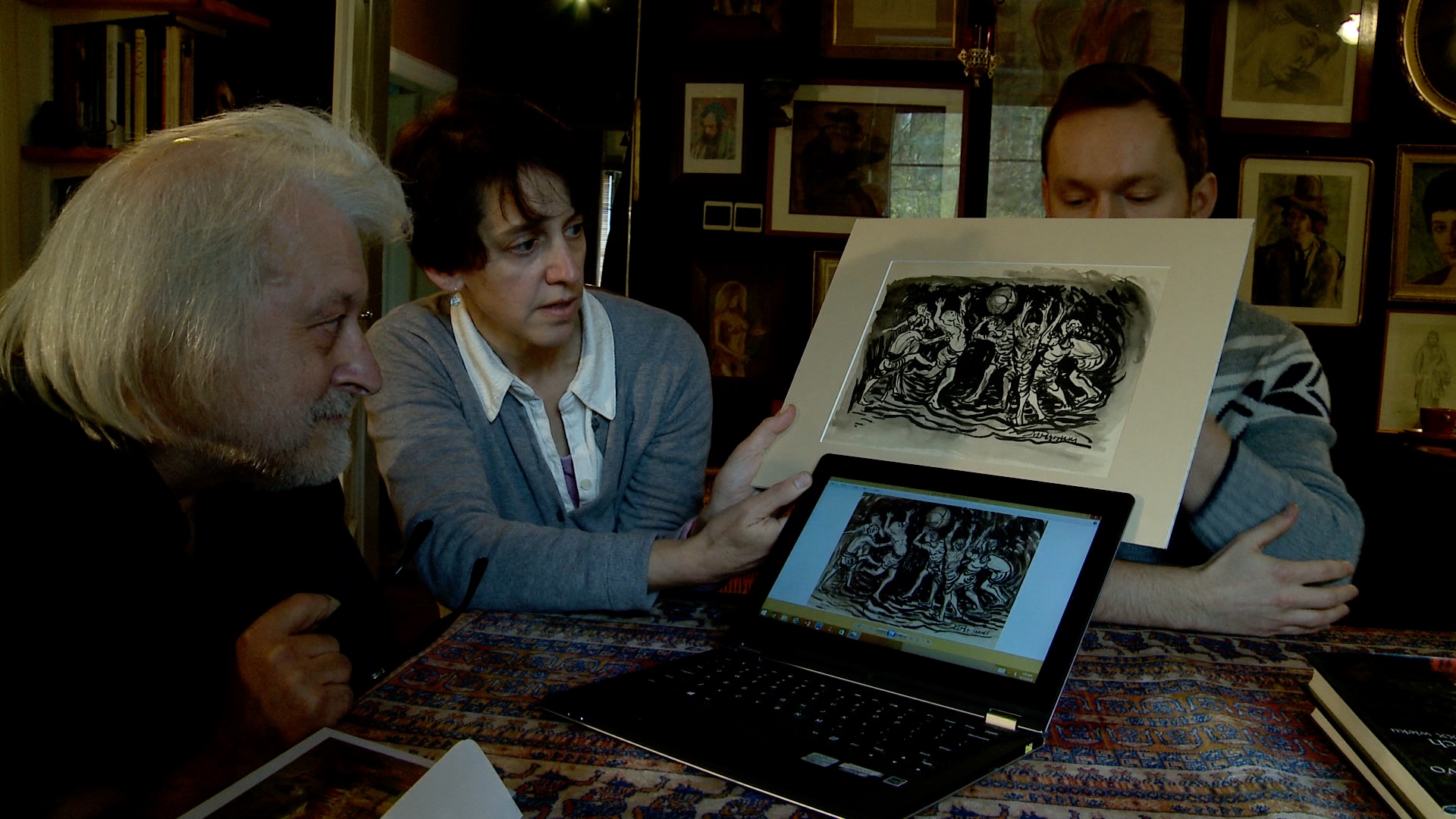 SBD: What are the ways in which the Chasing Portraits documentary is different from, but also similar to, the book?

ER: At the center of both the book and the documentary film are my great-grandfather’s paintings. Readers will recognize some of the stories, scenes, and people in the film. Those who have not read the book will be able to follow the story without any problem, but may want to go back and pick up the book for historical background and details. The book contains a significant amount of my great-grandfather’s life story, how Dad and his parents survived the Holocaust, and what happened to the Rynecki family after the Second World War. The documentary is, of course, tied to the history of the Second World War, but I wanted the film to be not about the history of the Holocaust, but a twenty-first century story about the quest for my lost art legacy. Ultimately the story arc in the book tells the journey of the paintings, whereas in the film the emphasis is on my relationship with my Dad.

SBD: The documentary will premiere in Warsaw, Poland this month. Where else will it be showing?

ER: My goal right now is to get Chasing Portraits into as many film festivals as possible. The film festival submission process is a lot like applying to college, except that everyone is on a different timeline. Festivals that are in June and July had application due dates in November. Festivals that are in March of 2019 aren’t all accepting submissions yet. It’s a year long process of submitting the film for consideration and then waiting. Having said that, I can share that the documentary was accepted early into the Flickers’ Rhode Island International Film Festival and will screen there in August. I’m waiting to hear back from 60+ festivals from around the world, so stay tuned for screening news.

[Note: shortly after conducting this interview, the documentary was also accepted into the March 2019 Palm Springs Jewish Film Festival.] 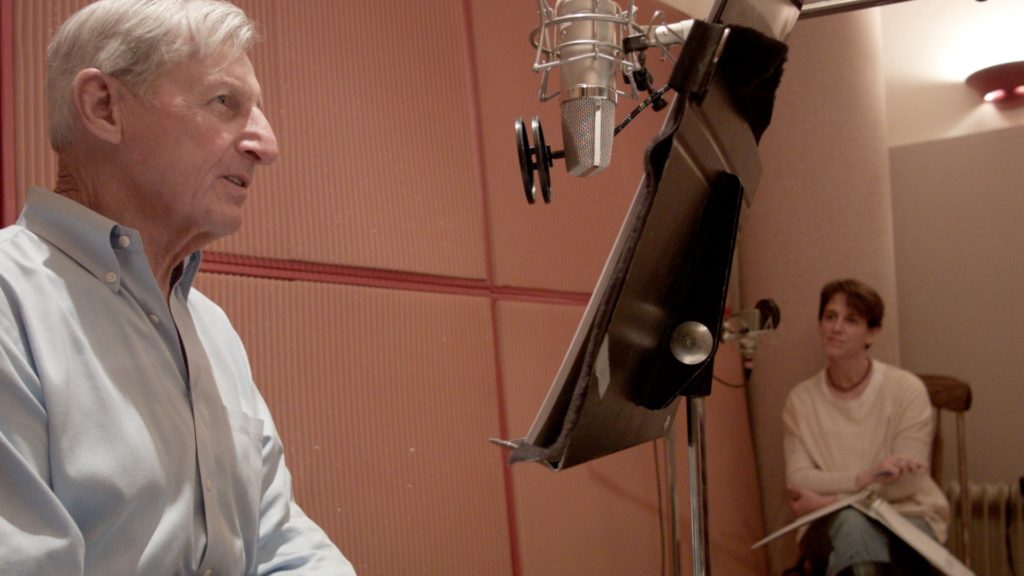 SBD: What were some of the greatest challenges you have had to overcome while writing the book and working on the documentary film project?

ER: Honestly, the hardest thing is digging deep to find the emotional stamina to keep moving it all forward. At times I felt like crawling into bed, hiding under the covers, and giving up. The publishing world has a lot of challenges, and so does the documentary film world. The competition is fierce in both. Learning not to take negative reactions all too personally is one of the most difficult challenges. The truth is that not every book, or every film, is for every reader or audience, and knowing that, and knowing not to get too upset about it, can be hard.

SBD: During the course of your research, did you come across anything unexpected or surprising that made you want to dive deeper, even if it didn’t necessarily relate to your search for your great-grandfather’s legacy and artwork? 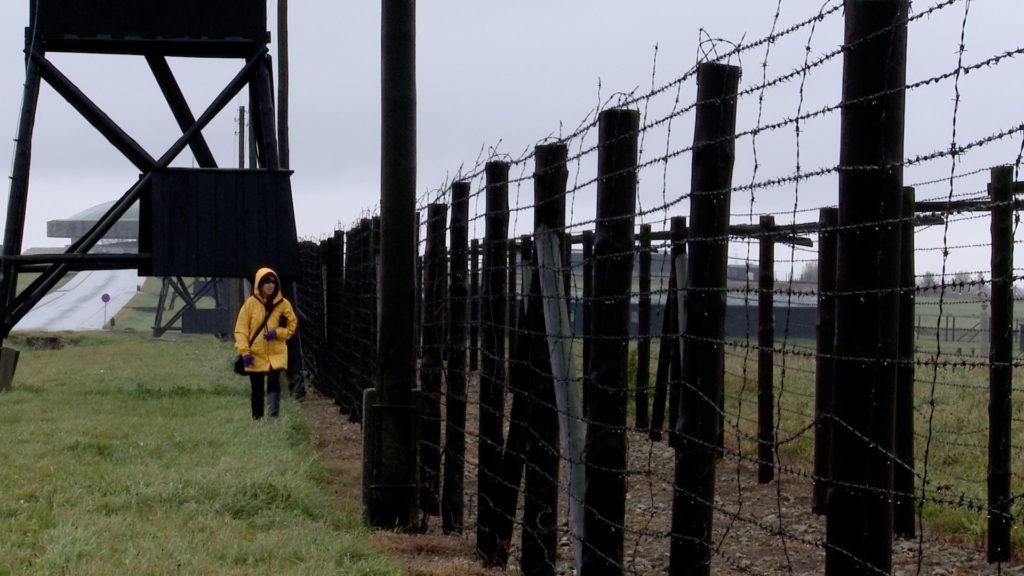 ER: In the ten years that it took me to make the film, I read many books and watched a lot of films related to the Holocaust. I probably became overly obsessed with Holocaust survival stories, second generation memoirs, and other looted art stories. I don’t regret any of it, and I believe that consuming so much research helped me to better tell my family’s own story. Grandpa George’s memoir was enormously helpful in understanding my family’s experiences, but all the other material helped me to situate his story within a larger framework. I like to say that I often was able to triangulate his stories and documents with information I gathered elsewhere. I think all of that made me a more reliable author and documentary film producer even if all of the material didn’t necessarily end up in the pages of the book or on screen.

SBD: Is there anything else that you wish people knew about your great-grandfather that perhaps didn’t make it into the book?

ER: The book and the film both contain a significant number of paintings, but I wish I could have included even more. I think the more Rynecki paintings that people see, the better they are able to understand his legacy.

SBD: Your book is both emotional and inspirational. What is the biggest thing that you hope people get from the book?

ER: I hope readers (and film audiences!) gain an appreciation for my great-grandfather’s art. He was a phenomenal artist who captured the Polish-Jewish community in the interwar years in an important and compelling way. I very much appreciate your saying that the book is emotional and inspirational. If that is indeed true, I hope that the book and film inspire others to learn more about their family’s histories. 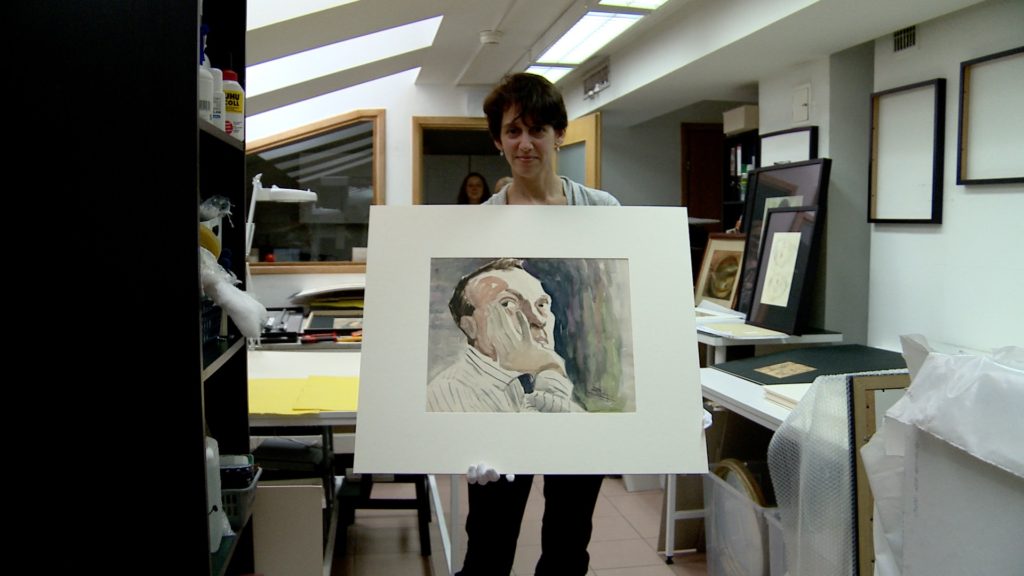 SBD: What has been your favorite part about this journey of discovering your family’s past, creating the website, writing the book, and making the documentary?

ER: Getting to spend so much time with my great-grandfather’s paintings, gaining a better understanding of the time and community he painted, and sharing the art with others.

SBD: What do you feel is next for you? Do you have any other projects in mind for the future?

ER: This is my first and (probably) last documentary film. I am working on a new writing project. I don’t want to say too much about it except that it’s narrative non-fiction, it’s another personal story, and it’s much more lighthearted.

All photos used with permission via Elizabeth Rynecki]

In the pre-dawn hours of February 18, 1942, three American warships zigzagged in convoy along the south coast of Newfoundland. Caught in a raging blizzard, the three ships ran aground on one of the most inhospitable stretches of coastline in the world—less than three miles apart, within eight minutes of each other. The Wilkes freed herself. The Truxton and Pollux could not. Fighting frigid temperatures, wild surf, and a heavy oil slick, a few sailors, through ingenuity and sheer grit, managed to gain shore—only to be stranded under cliffs some 200 feet high. From there, local miners mounted an arduous rescue mission. In Hard Aground, based on END_OF_DOCUMENT_TOKEN_TO_BE_REPLACED