This past Saturday, May 14, Jill Swenson and I attended the Lakefly Writers Conference in Oshkosh, WI. This was my first time attending a literary conference and I experienced the joy of participating in a community of Wisconsin writers.

Sponsored by the Friends of the Oshkosh Public Library, the Lakefly Writers Conference is named after the insects which annually appear briefly in early May along the shores of Lake Winnebago. The Oshkosh Convention Center is one block from the lake but the cold weather and wind kept them away from the conference site this year. Ruth Percey, Dixie Jarchow, and Tom Cannon pulled together a well-organized conference with a team of volunteers who assisted and met the needs and interests of every participant.  We began our day by listening to a few book pitches from authors who sought representation and/or feedback. The brilliant thing about this conference is that it welcomes seasoned authors as well as those just getting their feet wet with the delights of writing. To be able to meet others who have a passion for a world of books and understand the ups and downs of writing always makes for good conversation, especially over lunch. 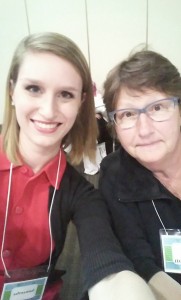 The variety of sessions held concurrently proved to be the highlight of the conference. On Friday, participants attended sessions on World Building, How to Deliver a Successful Pitch, Putting Your Best Voice Forward, 30-Day Promotional Plan, Writing What You Don’t Know, and “How” to be an Indian in the 21st Century. Jill Swenson led a session on how to use Twitter as an author in the afternoon. Thursday evening the Oskhosh Public Library hosted the awards ceremony for the Annual Lakefly Writing Contest. On Friday, the conference offered a variety of sessions: From Idea to Novel, Write and Promote for a Younger Audience, Writing a Memorable Memoir, Dealing with Rejection, Writing Flash Fiction, Getting to Know Your Characters, and What’s the Use of Poetry. Detective Jeremy Wilson of the Oshkosh Police Department led a Crime Workshop on how to write a perfect murder scene—including blood splatter. Jill Swenson led a workshop on how to prepare a book proposal and filled nearly every seat in the room.

Last summer as an intern with Swenson Book Development LLC I had learned the details of what is needed in a book proposal to a publisher. To hear this review of what goes into a proposal helped me refresh my understanding but it was the eager expressions on the attendees faces as they heard what would make their voices heard that I noticed most. “Don’t take it personally,” Jill explained. If a publisher rejects your proposal it doesn’t mean your writing is bad. It means the financial risk of investing in your project is too great. “It’s a business” is another phrase I’ve heard Jill say many times since I began my internship in 2015. A damper, perhaps, on the expectations of the literary dreamers, but a reality check. 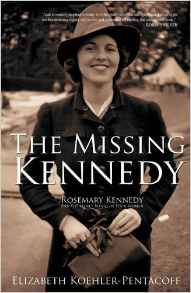 Elizabeth Koehler-Pentacoff gave the keynote address on Saturday afternoon. The author of The Missing Kennedy: Rosemary Kennedy and the Secret Bonds of Four Women, she described her research and writing process. Koehler-Pentacoff had a personal connection to Rosemary Kennedy through her aunt, a nun who cared for the woman after her lobotomy. The presentation featured pictures taken of Rosemary, as well as a detailed description of what a lobotomy was like in 1941. The end of the presentation featured a heartfelt message of accepting people with mental disabilities and how it means so much to them when we do.

Overall, my first experience at a writing conference convinced me it won’t be the last. The event kicked off the end of the school year for me and it’s one for the books!

In the pre-dawn hours of February 18, 1942, three American warships zigzagged in convoy along the south coast of Newfoundland. Caught in a raging blizzard, the three ships ran aground on one of the most inhospitable stretches of coastline in the world—less than three miles apart, within eight minutes of each other. The Wilkes freed herself. The Truxton and Pollux could not. Fighting frigid temperatures, wild surf, and a heavy oil slick, a few sailors, through ingenuity and sheer grit, managed to gain shore—only to be stranded under cliffs some 200 feet high. From there, local miners mounted an arduous rescue mission. In Hard Aground, based on END_OF_DOCUMENT_TOKEN_TO_BE_REPLACED

2 thoughts on “The Lakefly Writers Conference”