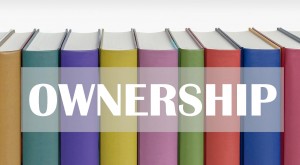 As a writer, you may assume you will have the copyright of your book when it is published. If you write for magazines or newspapers, you may need to negotiate rights over your own written material — one time use — but these days, once you write something, you are assumed to own the copyright from that moment on.

Although historically there were some European writers who managed to get full rights to publish and sell their own books, the first American copyright law was not passed until 1673, and even then, only in Massachusetts. But it was not the same kind of copyright that an author has today. 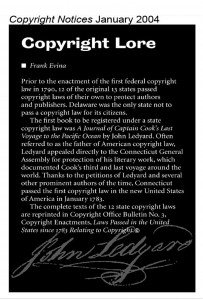 It was called a “bookseller’s copyright” because there was only a narrow distinction between Publisher and Bookseller. Since this law protected the publisher, it protected the bookseller in the same breath. What this copyright law didn’t protect was the Author. This was true on both sides of the Atlantic.

In the American colonies, each state had its own regulations (or lack thereof). Because of this, a publisher in one state could basically take the text of a book from another and republish for full profits. Book printing, however, was considered a “gentleman’s trade,” with agreements between publishers more common that outright stealing. But authors in the colonial states were only paid by their original publisher since they had no rights of their own.

In those days, authors had to pay for their book to be published, much like “vanity publishing” these days. To pay back the expense of publication, authors were encouraged to go on tours, much like most authors are required to do these days. These days, a traditional publisher pays for the cost of publishing, not the author.

Here are some examples of authors who got around this iniquity: 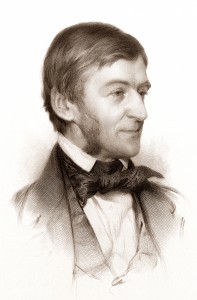 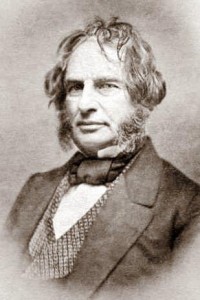 alph Waldo Emerson (pictured at left) “shrewdly increased the return from his books by the expedient of paying for their manufacture, and gave his publisher only a commission on their sales.”

Henry Wadsworth Longfellow (pictured at right) found his “royalties from eight books whose plates he owned averaged 18.25 percent return instead of the 8 percent earned when, as formerly, he had shared the net proceeds of two books of poetry with his publisher, John Owen.” By 1710, England had transferred this legal protection from publisher to author, and there was a move in the American colonies to do the same. In 1782, Noah Webster — yes, as in Webster’s Dictionary fame — campaigned particularly heavily and travelled throughout the existing states to promote a copyright law for authors. When his lobbying efforts proved successful, he earned the informal title of “The Father of American Copyright.”

In 1783, Connecticut legislators passed the first state law protecting authors rights: “Whereas it is perfectly agreeable to the Principles of natural Equity and Justice, that every Author should be secured in receiving the Profits that may arise from the Sale of his Works, and such security may encourage Men of Learning and Genius to publish their Writings; which may do honor to their Country, and Service to Mankind…May it be enacted.” 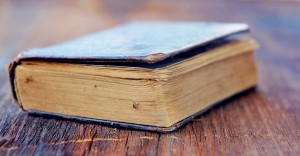 This law only applied to new books (published from 1783), and only to people who were residents of the United States (1776). The first book to be copyrighted in the US was John Ledyard’s, A Journal of Captain Cook’s Last Voyage to the Pacific Ocean (1783).

The first federal copyright law in the United States was the Copyright Act of 1790. The specified purpose of the act was “the encouragement of learning,” and gave authors “the sole right and liberty of printing, reprinting, publishing and vending the copies of their maps, charts, and books, for a term of 14 years, with the right to renew for one additional 14 year term should the copyright holder still be alive.” Since 1978, a copyright is good for the author’s life plus 70 years.

The issue of copyright determines who gets reprint rights. In the 1700-1800s, a book author rarely made much money, and writing for magazines and newspapers was paid by the word. There was no copyright, but it meant more income. 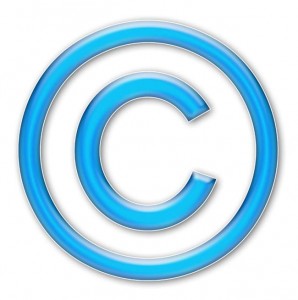 Today, copyright is a crucial detail in any publishing contract. It determines whether a publisher puts a book in a holding pattern or lets it go out of print if sales are low. If reprint rights are sold to another publisher (for foreign translation rights, or even paperback rights), the copyright ensures the author will continue to receive royalties.

A copyright was not always an author’s legal right, but we are fortunate today that it is not only federal law but since 2004, also accepted by over 155 countries worldwide as part of the Berne Convention.

When you sign a contract, whether it be with a magazine, newspaper, or book publisher, check the copyright details. Make sure your publisher is registering the copyright in your name and you grant the publisher the rights to produce, distribute, and sell your work.

In the pre-dawn hours of February 18, 1942, three American warships zigzagged in convoy along the south coast of Newfoundland. Caught in a raging blizzard, the three ships ran aground on one of the most inhospitable stretches of coastline in the world—less than three miles apart, within eight minutes of each other. The Wilkes freed herself. The Truxton and Pollux could not. Fighting frigid temperatures, wild surf, and a heavy oil slick, a few sailors, through ingenuity and sheer grit, managed to gain shore—only to be stranded under cliffs some 200 feet high. From there, local miners mounted an arduous rescue mission. In Hard Aground, based on END_OF_DOCUMENT_TOKEN_TO_BE_REPLACED

One thought on “The Evolution of Copyright in the United States”