On Saturday morning at 9 a.m. at the Atlas Coffee Mill, three dozen Fox Cities writers filled a meeting room for a workshop with Will Schwalbe, author of End-of-Your-Life Book Club (Knopf, 2012) and editor at Macmillan. Friday afternoon there were two readings to packed houses as part of the Fox Cities Book Festival. I listened to him at UW Fox Valley where the audience spilled out of the auditorium at 1:30 p.m. He also spoke at the Neenah Public Library at 3:30 p.m. 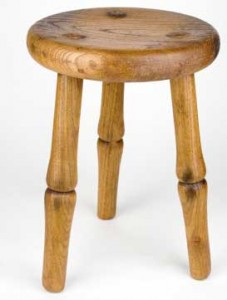 “Reading, writing, and editing are three legs of a stool,” Will Schwalbe said in his introduction Saturday morning. To write a book requires all three.

Offering advice to a room full of aspiring writers, Schwalbe said you have to give yourself permission to write a crummy first draft. While he set out to write a 50-70,000 word manuscript, he wrote 150,000 words before he arrived at a final version.

“Find or make the time to write,” he said. “This is perhaps the hardest part. Butt in chair.” For those writing memoir, he advised them to be authentic.

Schwalbe shared Hemingway’s advice: never stop writing until you know what will come next. He suggested writers shouldn’t overlook the Melville solution: drop in chapters with necessary expository information intermittently. Figuring out what the readers need to know and when they need to know it is the hard work of writing in long form. He suggested sleep sometimes provides the solution to these kind of writing problems. Schwalbe described the need for your subconscious to work on your draft.

After a stint as a journalist in Hong Kong in the 80s, Will Schwalbe worked in publishing where he started as a temp. He learned how to edit from Harvey Ginsberg in the pre-computer era by reading his comments on Post-it-Notes. With young editors he finds the biggest mistake is over-editing. Instead of trying to “fix” the writing, an editor needs to let the writer know what they are feeling or thinking in reaction to what they are reading, and ask questions. “I’m feeling bored here. Did you mean for that to happen?” The editor isn’t the writer, but a special kind of reader. 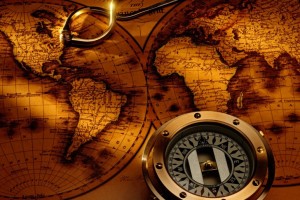 Will Schwalbe answered questions from workshop participants about their own works-in-progress.

“Let your reader know your informal rules of storytelling,” he said. “Give the reader a map for your book. Tell them where you are going.”

The first sentence should give the reader a sense of where the book is headed. The last word of a book is usually what the book is really about. What lies between is up to you.

In the pre-dawn hours of February 18, 1942, three American warships zigzagged in convoy along the south coast of Newfoundland. Caught in a raging blizzard, the three ships ran aground on one of the most inhospitable stretches of coastline in the world—less than three miles apart, within eight minutes of each other. The Wilkes freed herself. The Truxton and Pollux could not. Fighting frigid temperatures, wild surf, and a heavy oil slick, a few sailors, through ingenuity and sheer grit, managed to gain shore—only to be stranded under cliffs some 200 feet high. From there, local miners mounted an arduous rescue mission. In Hard Aground, based on END_OF_DOCUMENT_TOKEN_TO_BE_REPLACED

One thought on “Writing Advice from Will Schwalbe”