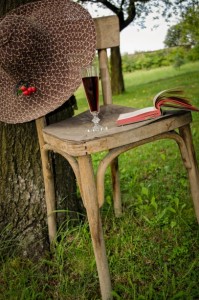 Interested in a writing residency or retreat but worried your application to MacDowell will end up in the slush pile? If what you’re after is quality writing time and connections with other writers, go for function rather than prestige.

Plenty of writing retreats and residencies offer quiet space in idyllic settings, sometimes with reduced or subsidized costs based on need. Some require engagement with the community, either through a workshop, a reading or a visit to a school.

As a fiction writer I’ve often sought out places where I could clear my head, recalibrate my writing, and spend some serious focused time honing my work. I’ve been to three different kinds of writing retreats. What you’ll discover if you attend more than one retreat is that none are exactly alike—just like artists and writers, they each have their own personalities, quirks and style. There’s one for you. 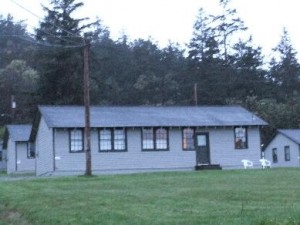 (1)  Completely independent. Generally, at retreats and residencies like these, you pay your money, get a place to stay, and they leave you alone. Centrum in Port Townsend, Washington, is one example. It offers residencies for writers and artists at a weekly cost of $400, which includes a heated cabin with a full kitchen. Centrum has a simple application form and acceptance is mainly based on space availability. It encourages but doesn’t require community interaction. If you’re planning a working/writing vacation anyway, a place like this is an economical choice.

I chose Centrum because I wanted to spend some independent time in Fort Worden State Park in Port Townsend, which also houses my graduate program through Goddard College. The park is home to Copper Canyon Press and the Port Townsend Writers’ Conference. Port Townsend is an arty little town on the water in the moody Olympic Peninsula. You can walk along the rocky beach, find sea stars and watch for ships. I like a bit of solitude but by the end of the week I found myself craving human interaction. But Port Townsend usually has lots of interesting community events going on—farmer’s markets and performances and such. I found a
high school production of Batboy: The Musical, and went. I did make good progress on one of my manuscript projects too, and went home happy.

(2)  Independent with optional interaction with other writers. 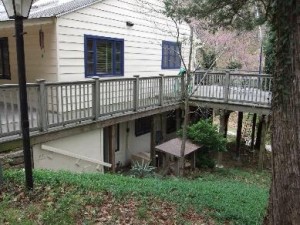 Some residencies are set up so that you work alone during the day and have some limited interaction with other writers in the evening. The Writers’ Colony at Dairy Hollow in Eureka Springs, Ark., offers residencies of one week to three months. It asks for a weekly contribution minimum of $60/night based on financial ability. 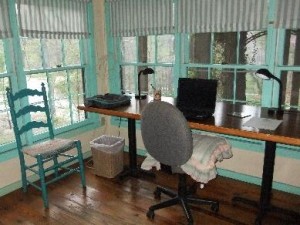 Residencies include nightly communal dinners with the other writers. Dairy Hollow has an application fee of $35 and asks for a writing sample and description of your work—but you don’t have to be a published writer to be accepted. You’ll be asked to participate in the retreat’s author series, in which the community is invited to Dairy Hollow to hear the residents read their work.

Eureka Springs is another quirky, arty town in the hills of Arkansas and has a reputation for being haunted. Hotels make no bones about it—they’re ready with ghost tours. The Crescent Hotel—a short walk from Dairy Hollow through the woods (yes, the woods, bwah, hah hah!)—is recognized in some circles as the most haunted hotel in America. It’s been on the Discovery Channel. Tour guides will tell you about the ‘doctor’ that owned the hotel in the 1930s, luring sick people to Eureka Springs because of its special water that people believed had healing powers. When he failed to cure them, he stuffed them in a basement morgue, where the tour ends. I made friends with a visiting writer from Tennessee and we enjoyed evenings exploring Eureka Springs and ghost-touring. This town is a place full of stories. It has a serious creative vibe.

(3)  Guided writing support. At these types of writing retreats, you’ll generally attend workshops and take meals with other writers. Your free time may be limited, but if you’re looking for an intensive approach and feedback from other writers, this is the type of retreat to choose. Wide Open Writing, which holds retreats in Maine and 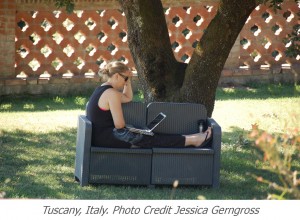 Tuscany and plans more domestic and international locations, was launched in 2014 by two of my Goddard classmates, Dulcie Witman and Regina Tingle. The Tuscany retreat takes about a dozen writers to a working vineyard for a week of yoga, wine, horses, Italian cuisine—and oh, yes, writing. The retreat also provides an extra bonus, such as a massage or a private session with a counselor who specializes in creativity. It was such a special retreat that I’ve since become involved with the organization. This year I led one of the writing workshops, all of which are held with a Tuscan sunrise or sunset as a backdrop.

The stunning setting aside, the retreat also provides a supportive, positive writing environment with daily writing prompts and group discussion. Cost for a shared room is $1,950 and includes all meals (with wine, of course), writing and yoga instruction, and transfer from Florence.

Whichever type of retreat appeals to you, it’s worth the investment in your writing, your creativity and yourself. 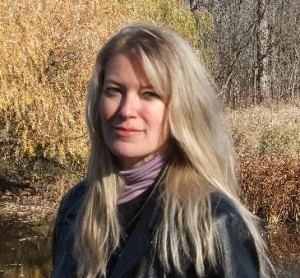 Nikki Kallio is a fiction writer and journalist who has worked in Wisconsin, Maine, and California. Kallio earned her MFA degree in creative writing from Goddard College, and her work has appeared in Pitkin Review, Minerva Rising, Midwestern Gothic, and Rawboned. She has taught fiction in Appleton at Fox Valley Technical College and The Mill: A Place for Writers, the latter of which awarded her the 2014 Mill Prize for Fiction. Kallio is currently editing her first novel, a post-apocalyptic tale set in rural Wisconsin. Her short story, “Geography Lesson,”  took first place in the Wisconsin People & Ideas 2015 Fiction Contest.