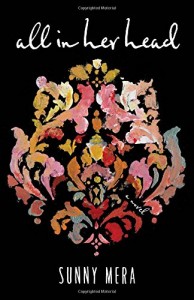 Today is the release date for All In Her Head: A Novel by Sunny Mera from She Writes Press. I look forward to celebrating the book launch in Brooklyn later this week. To be honest, I wasn’t sure this day would ever come. Not because Sunny Mera couldn’t write, but because of the enormous risks she would need to take in sharing her story with the public.

Several years ago I had the privilege of reading Sunny’s story when she came to me for advice. She needed a safe and supportive environment to share her work-in-progress because of the subject matter: mental illness. The stigma associated with postpartum mental illness can be nearly as devastating as the illness itself. 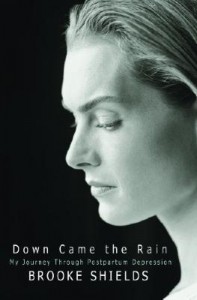 When I learned 1 in 10 new mothers experiences a mental health crisis, it shocked me. I had read Brooke Shield’s Down Came the Rain: My Journey Through Postpartum Depression and I remembered the backlash against her, starting with Tom Cruise’s condemnation of her seeking treatment. I had recently become friends with Yael Daphna Saar who is a Self-Kindness teacher and founder of “Mama’s Comfort Camp” in Ithaca, NY. Yael’s mother had committed suicide when she was a young girl and when she became a mother Yael experienced severe depression and suicidal ideation. Yael sought help and now helps other mothers online and in monthly support group meetings with zero judgement, no unsolicited advice, lots of respect, and love. Knowing about Yael and her safe haven for moms made me realize how Sunny had suffered alone, like millions of women, and she had a story others needed to hear.

Growing up in Kansas as the second of three children born to Christian fundamentalist parents, Sunny attended a small private Christian school, Cair Paravel, modeled after the teachings of the Inklings: C. S. Lewis, J.R.R. Tolkien, and others who praised the value of narrative and encouraged the writing of fantasy. When her father is banned from their church for having an affair with the pastor’s best friend’s wife, Sunny experiences the shame and stigma of scandal at any early age. Her parents’ marriage does not last and her mother remarries—her father’s best friend. As Sunny comes of age she attends college, marries her high school sweetheart, buys a house, enrolls in graduate school, and learns she is pregnant. But when she is admitted to the maternity ward, she experiences orgasmic labor and believes her physician has fallen in love with her and aroused her to climax as she delivers her daughter. As a new mother she descends into a world of delusion and paranoia. On her journey through treatment to recovery, Sunny Mera shares her struggle to separate the real from the unreal. 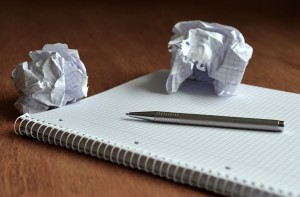 has its own rewards and Sunny Mera spent nearly a decade writing a narrative that helped make sense of what happened to her. She decided to share her story with others in hope that readers might gain a greater understanding and more compassion for other mothers like her. I referred Sunny Mera to She Writes Press because they are an independent curated press that is mission-driven and community-oriented, serving women writers and readers. I knew Sunny and her story would be in good hands.

Sharing her story is a courageous act. She assumed a nom de plume to protect her professional identity and to shield her young daughter from shame and stigma. Sunny Mera fictionalized her story because her tale includes descriptions of delusions as though reality and they couldn’t have really happened, could they? What woman hasn’t been told “It’s all in your head”?

In the pre-dawn hours of February 18, 1942, three American warships zigzagged in convoy along the south coast of Newfoundland. Caught in a raging blizzard, the three ships ran aground on one of the most inhospitable stretches of coastline in the world—less than three miles apart, within eight minutes of each other. The Wilkes freed herself. The Truxton and Pollux could not. Fighting frigid temperatures, wild surf, and a heavy oil slick, a few sailors, through ingenuity and sheer grit, managed to gain shore—only to be stranded under cliffs some 200 feet high. From there, local miners mounted an arduous rescue mission. In Hard Aground, based on END_OF_DOCUMENT_TOKEN_TO_BE_REPLACED

3 thoughts on “All In Her Head: A Novel”