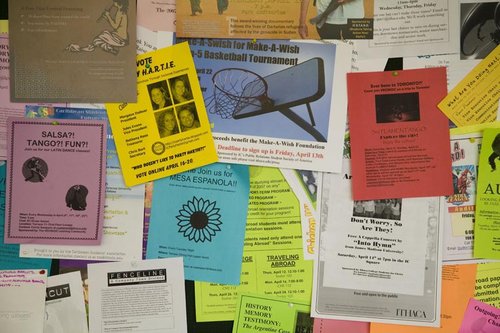 Vinyl records, No. 2 pencils, yellow-ruled tablets and cork bulletin boards. What I thought I needed in the 1970s to write has changed. But I still need a place to stick things that I don’t yet know where to file but inspire. I’ve used the outside of kitchen cupboard to tape up newspaper clippings, flyers for upcoming events, photographs, maps, postcards, and ticket stubs. Push-pin marks dot the walls where I kept rearranging the key scenes of a narrative. Post-It Notes adhere to any surface, including the computer screen.

So what do I use for a digital electronic bulletin board? Pinterest.

New releases I don’t have time to fully investigate? Pinterest.

Pinterest is a pinboard-style social sharing website that lets users create and manage theme-based ‘boards’ where they can collect images and ideas for projects and interests. 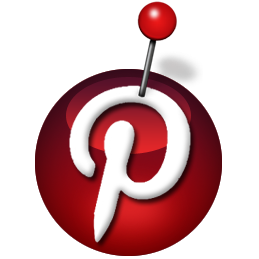 So what is a pin? It is similar to a bookmark, but you place a pin to link back to the site it came from. Boards are where you organize your pins by topic, project, or group. You can set up group boards to share ideas and make plans. You can follow people and boards and get their latest pins delivered to your home feed.

With an average of 1.36 million users daily, in the U.S., more than three-quarters of Pinterest users are women, the majority are mothers and 28% have an annual household income greater than $100,000. Don’t be fooled into thinking they are all shopping for shoes or home redecorating schemes and pinning them to boards filled with their wishes and dreams.

Pinterest offers authors a writing tool more than a shopping catalog or another soapbox to sell books. For example, a historical fiction writer has a board for costumes, cuisine, home furnishings, location photographs, related documentaries, and maps relevant to his work-in-progress. Tina L. Peterson, whose forthcoming middle-grade novel, Oscar and the Amazing Gravity Repellent, has boards for her in media parentis blog posts where busy moms might find them. Books she loved as a kid, Playing with Gravity, Children’s books about trains, and Modern snake oil are the other boards she makes public. Pinterest lets you decide whether to keep your bulletin boards private or public. Tina L. Peterson keeps the boards private where she collects ideas for book trailer, marketing campaigns, and author events as she plans for the next year as her title is released.

If you have need for a visual discovery tool to collect ideas and images, then give Pinterest a try.

In the pre-dawn hours of February 18, 1942, three American warships zigzagged in convoy along the south coast of Newfoundland. Caught in a raging blizzard, the three ships ran aground on one of the most inhospitable stretches of coastline in the world—less than three miles apart, within eight minutes of each other. The Wilkes freed herself. The Truxton and Pollux could not. Fighting frigid temperatures, wild surf, and a heavy oil slick, a few sailors, through ingenuity and sheer grit, managed to gain shore—only to be stranded under cliffs some 200 feet high. From there, local miners mounted an arduous rescue mission. In Hard Aground, based on END_OF_DOCUMENT_TOKEN_TO_BE_REPLACED

2 thoughts on “What do you have pinned to your bulletin board?”