While there are many reasons you should observe this rule, the most important one has to do with what I think of as the reader’s code. This concerns basic agreement between all authors and readers. I will try to describe it with an example. John Irving wrote The Cider House Rules. He had certain ideas about the story and his message while his readers had their own, very separate, very strong, ideas. This is perfectly allowed. Once the book is published, the story no longer belongs to the author; it then belongs to the reader. It is up to the reader how they will experience that story and what message they will find. This relationship is a beautiful and powerful thing. When it is respected, there is a shared responsibility for the story. The most any writer can ask of a reader is to approach the book thoughtfully and if they make it to the end, have a personal emotional response to the book. However much a one star review might hurt, it is an emotional response. Some fantastic books out there have many one star, as well as five star reviews. Those are powerful responses and emotions. Even when they are not the ones you hoped for, reviewers who gave you one star were strongly affected by your writing. 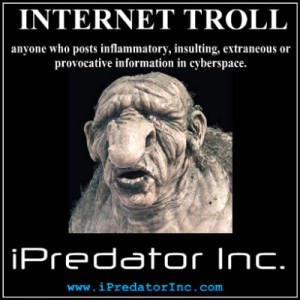 A recent example, and perhaps one of the worst, of a writer who has responded badly to a negative review is YA novelist Kathleen Hale who wrote a piece for The Guardian outlining her struggle handling bad reviews from a specific book blogger. While she initially agonized to understand the rationale behind the bad review posted on Goodreads, she gradually descended into a targeted investigation of the blogger herself, including paying for a background check on the individual, traveling to the blogger’s home, and calling her at work. The reviewer herself may have used false identity and had some shady motivations for her actions, a.k.a. catfishing. I will not outline the entire, crazy, series of events or the resulting backlash against the author. Instead, I would like to offer some advice on how to handle negative review(er)s and even internet trolls and catfish.

What can you do instead of obsessing over the bad review(er)?

Emotion is energy. Your emotional response requires you to do something with that energy. Just make sure it is something productive. It does not have to be positive, but it does have to be productive.

Here are some suggestions:

1. Write a journal entry. You are a writer, remember? Write through your feelings. You might be surprised to find that at the end of the entry that you feel a little better.
2. Call a trusted writer friend. You aren’t the only one who has been hit this way. You are part of a writing community. It is okay to call on someone from your community to help you out. There is one caveat: limit this part of the conversation to 5-10 minutes max. Then make a point to switch the conversation to the other person, how their writing is, how’s the family?
3. Write, write, write. Work on your next project. Sometimes you need to be like a shark to survive: always swimming, always moving forward. This is essentially the law of incompatible behaviors. If you are writing/working on your next project it is impossible for you to be googling yourself, dwelling on bad reviews, or engaging with trolls and catfish. 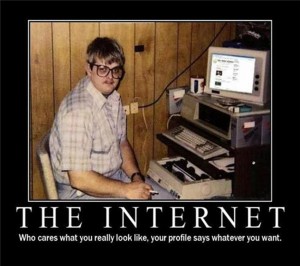 You can also reframe the negative into a positive light. Instead of focusing on the number average/rank given to your book, think about the number of reviews total. Appreciate the number of people who have rated your book. These folks have taken the time to purchase or take the book out from the library. They have spent time reading it, and spent even more time logging into a reading community to comment on it.

If you are pretty sure the negative review has no merit whatsoever, then put your energy into something positive like leading a youth reading project and tweet about it. Write a blurb or a review for another author in your genre and post it to your Facebook page. Keep the attention, change the tone.

And while it is easy to dismiss negative feedback, you may want to listen to what the reviewer said. Were any of the criticisms in the review valid? Dissect the review for anything useful. If you were criticized for flat spots or thinly drawn characters, remember to pay attention to those issues in the next book.

Remember to leave trolls and catfish alone. If you dance with the devil, the devil doesn’t change—you do.

In the pre-dawn hours of February 18, 1942, three American warships zigzagged in convoy along the south coast of Newfoundland. Caught in a raging blizzard, the three ships ran aground on one of the most inhospitable stretches of coastline in the world—less than three miles apart, within eight minutes of each other. The Wilkes freed herself. The Truxton and Pollux could not. Fighting frigid temperatures, wild surf, and a heavy oil slick, a few sailors, through ingenuity and sheer grit, managed to gain shore—only to be stranded under cliffs some 200 feet high. From there, local miners mounted an arduous rescue mission. In Hard Aground, based on END_OF_DOCUMENT_TOKEN_TO_BE_REPLACED

One thought on “Trolls and Catfish: How Not to Respond to Negative Online Book Reviews”