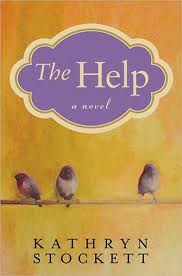 I first picked up The Help while on vacation this summer. I was in need of lighter literary fare so snatched the sensationalized book club favorite from my mom’s nightstand. What’s all the fuss about, anyway? Five-hundred odd pages later, I see why Kathryn Stockett’s divisive work has been the object of so much scrutiny on both sides of the color line.

Set in Civil Rights Era Jackson Mississippi, The Help unfolds before a backdrop of racist shootings, the Vietnam War, and the death of President Kennedy. Yet the book remains focused on the lives of aspiring writer Eugina “Skeeter” Phelan – a white socialite – and black maids Aibilene and Minny as they risk their reputation and lives to recount the experiences of black housekeepers in white Mississippi homes. Stockett’s idea for the work was borne out of a desire to know her own childhood black housekeeper, Demetrie, who died when the author was only 16.

Working in secret, the three women solicit Jackson housekeepers to share their experiences of cooking in white kitchens, caring for white children, and working under the bitter gaze of white women, many of whom were raised by the same black housekeepers they employ as adults. The highly controversial narrative rotates among Aibilene, Minny, and Skeeter, employing heavy southern dialect (“Law” instead of “Lord,” etc.) for the black characters.

This dialect, among other faults, perpetuated the now ubiquitous criticism of The Help. A simple Google search reveals the multi-faceted disparagement Katheryn Stockett’s work elicits. In addition to an entire website dedicated to comprehensive critical reviews of the book and caustic articles about the author’s character, it also sparked a lawsuit between Stockett and her brother, over the accusation that “Ablene” Cooper (the brother’s housekeeper), was the basis for the character in the book. Though the lawsuit was recently dismissed, the problems with The Help remain on more levels than one. Stockett not only crossed the color line, but the line between what is and isn’t allowed in a work of commercial fiction.

The book was the first title under a new G.P Putnam’s Sons imprint (an imprint of Penguin), Amy Einhorn Books. Deliberately on the small side, AE releases only 8-12 titles a year, and will expand to cover non-fiction and memoir. In an interview with writer and editor Pamela Hammonds, Einhorn elaborates on what makes a book an AE candidate: “I think what distinguishes my imprint from others is that Amy Einhorn Books aims to hit that sweet spot between literary and commercial. And I think we’ve done this quite successfully. Having the benefit of the most successful publisher’s sales, marketing and publicity departments coupled with the exposure of being on a small list is fairly unique.” The imprint also purports to focus on strong narrative and story telling.

And this is where my praise for Stockett begins and ends. Her narrative is strong, thoughtful, and I’ll admit: I empathized with the would-be writer, Skeeter, as she banged away at her type-writer, smoking cigarettes and hoping that her hard efforts would pay off someday with a book deal. “For four days straights, I sit at my typewriter in my bedroom. Twenty of my typed pages, full of slashes and red-circled edits, become thirty-one in thick Strathmore white.”

Also laudable are her idiosyncratic descriptions of rural Missippii living: “Next to my cot, now, my typewriter sits on a rusted, white enamel washtable…I take Daddy’s hankie and wipe my forehead, press salted ice to my writsts. Even on the back porch, the Avery Lumber Company temperature dial rises from 89 to 96 to a nice round 100 degrees.”

The black narratives of Aibilene and Minny, equally smooth, function to depict the often tender relationships between black help and the employer’s families. Of specific interest to Stockett is the way white children become so attached to the black help: “By the time she a year old Mae Mobley following me around everywhere I go….Miss Leefolt [Aibilene’s employer], she’d narrow up her eyes at me like I done something wrong, unhitch that crying baby off my foot. I reckon that’s the risk you run, letting somebody else raise you chilluns.”

But as for plot, The Help needs all it can get. The interwoven narratives of the characters work to mirror the compilation of stories Skeeter assembles throughout the novel; yet Stockett attempts to do too much, even in 522 pages. The storyline touches on characters and situations that are not resolved: the slow deterioration of Skeeter’s mother due to stomach cancer. (She mysteriously recovers.) Skeeter’s passing love interest with the State Senator’s son. The end of the story sits on a pile of loose ends.

In her story-telling, Stockett succeeds in painting isolated pictures of human interactions: a compassionate bedtime scene with Aiblene and Mae Mobley; the smile-swathed hatred Skeeter’s waspish “friends” harbor for themselves and each other as they dole out bridge cards; or the disbelief of socialite husbands when a scantily-dressed woman promenades into the conservative Junior League Benefit ball. But as vivid as theses scenes are, they manage to daintily tiptoe around the white elephant that is race relations, opting for pleasant vignettes over the harsh reality that whites and blacks resented each other.

Martha Southgate, author of The Taste of Salt, in a review for Entertainment Weekly, comments that it is highly incredible that black housekeepers would trust a white woman enough to open up about their lives, especially in the Civil Rights Era. While the black characters are hesitant at first about sharing their housekeeping stories with Skeeter, they gladly agree to reveal their experiences, knowingly putting their lives and their families in jeopardy. While for Skeeter, her biggest risk is a loss of a reputation in a town she would like to leave anyway (similar to Stockett’s beginning, the white protagonist has aspirations of leaving Jackson for New York City).

The Help, though strong in narrative, fell short of my expectations, even for fiction, and its commercial appeal and surface-plot robbed it of its distinction to be “literary.” The plot-driven world of commercial fiction seems an ill-fit for a book with such controversial content. Likewise, the wide-appeal, page turning commercial camp should stick to topics that can rely on plot to do them justice and avoid those that need extra attention.

The Help is a vacation read that makes a sad attempt to be so much more. I’m hoping we can expect better things in the future for both Amy Einhorn books and Stockett. They have their work cut out for them.