Nestled between the outfitters shops and Western art galleries that dot Park City’s lower Main Street, lies the eccentric Atticus Used Books and Teahouse. The project of husband and wife team Ericah and Randy Winzeler-and christened after that noble lawyer of the Harper Lee classic–this Utah book shop is a popular local hangout and tourist attraction. 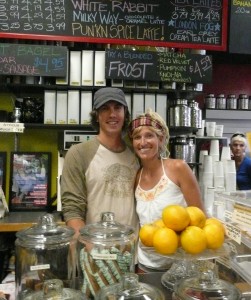 But in a vibrant vacation town where each season brings a new wave of skiers, mountain bikers, or Sundance goers, the owners face a constant challenge to maintain steady business in the face of the rich outdoor culture of Park City.

The used bookshop/teahouse got its start in 2005 in Ruidoso, New Mexico by Ericah’s mother, Cassandra Schiavone, a self-taught tea and used book aficionado. Last year when Cassandra could no longer run the shop, the business made the move  into the slightly smaller, but prominent space on Main Street, Park City’s central thoroughfare.

Because their tourist-driven location means fewer buyers than “browsers” for their book stock, they expanded the café/tearoom and downsized the book inventory. Since the 2002 Winter Olympics, Park City’s annual tourist industry has grown exponentially.

“We wouldn’t have been able to exist in this spot 6 to 8 years ago,” says Randy. Once primarily a ski destination, the area now boasts a nearly year round tourist base with mountain biking, hiking, and swimming, attracting crowds during the summer and fall months.

“But it really slows down in the spring,” says Randy, who explains how the café business is what sustains the shop during the spring or “mud season.” Promotions like two for one breakfast specials and closing for a couple weeks allow them to survive when the ski lifts aren’t in motion.

As for competitors, Atticus is the only used book store in town. Two blocks down Main Street there is Dolly’s Books. In business since 1975 selling new books, Dolly’s now stays open year round with its confectionery, toys and other boutique tourist items and complements rather than competes against the eclectic selection of used books at Atticus. 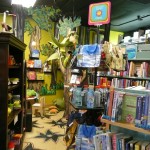 With a clientele comprised primarily of vacationers, Randy and Ericah bulk up on their used mystery/suspense sections as well as current bestsellers: Stieg Larsson series and this summer Kathryn Stokett’s The Help.

“More people ask about our used Utah Section,” said Randy. Books describing Park City’s history as a coal mining town are sought after by visitors to the area. But those in need of a trail guide or vacation book may have to look elsewhere as Randy admits their “outdoor” section is “the hardest to find and keep used.” As trail guides and local attractions change seasonally, the owners are hard-pressed to find current used outdoor guides. 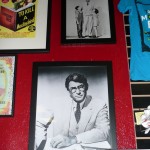 And the namesake Atticus can be found throughout the store on mugs, shirts, and photos. In spite of the challenges of used book hunting and the flux of the tourist season, Randy and Ericah plan to keep the used reads a-coming.

“It’s fun to see what [books] people bring in,” says Randy, who gets much of the used stock from buy-backs. He also recognizes that used books are a more stable niche market. But for as much as Randy and Ericah love books, he regrets that since Atticus Books opened its doors, he’s had a lot less time to read.

Fortunately, their efforts have Park City reading a lot more.

Check them out if you’re in Park City: