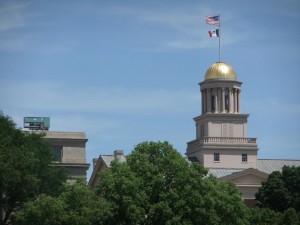 Each summer, the University of Iowa offers dozens of writing workshops open to writers at any level through its Iowa Summer Writing Festival — this year in its 30th year. The university, of course, is known for housing the nation’s premier MFA program in creative writing. The summer festival brings some of the same top-notch literary talent to the table, offering a taste of that literary magic without the investment of an advanced degree.

What are the other benefits of attending a session at the festival? 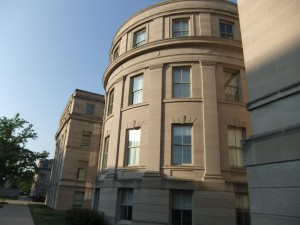 You can build skills and/or step outside your comfort zone. The Summer Writing Festival Workshops are designed so you  work on developing your own writing. In 2012, I signed up for a week-long session with poet Diana Goetsch (then Douglas Goetsch) called the Free-Writing Intensive, a Generative Workshop for All Genres. The weeklong session met for a few hours every morning and afternoon. It reinforced my love of prompts, the magic of generating something out of virtually nothing. But you can find workshops specific to your genre, skill level, and how far along you are in your project. You can choose intensive workshops to polish your manuscript, learn to write flash fiction, revise poetry, develop essays, or explore an aspect of writing craft such as character sketches, scene-setting or imagery. The festival allows you to intensively focus on developing one of your talents, or obtaining valuable creative cross-pollination by trying a new genre. 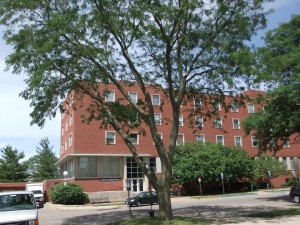 You can connect with other writers. You will meet writers who are more advanced in their professional writing career than you and you will meet some who are new and novices. The Iowa Summer Writing Festival has hosted writers from age 18 to 98 from all 50 states and every continent. Goetsch’s class had young writers, midlife writers, and seniors. Some writers had come from places within driving distance and one who had come from Argentina with a group of friends. The festival offers more chances to get acquainted. I connected with a poet from Dubuque who wasn’t in my class — we met at orientation, hit it off, and spent lunches together. We’re still connected and met for our own self-designed writing retreat one weekend. Only other writers understand the pain of the writing process, so it’s valuable to build a support network. 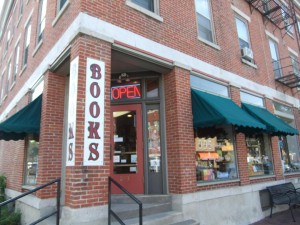 You can spend time in a city dedicated to literature. Iowa City is a UNESCO City of Literature, and it shows. With a number of independent bookstores within a few blocks, you can likely catch an author reading while you’re there, or just spend time wandering the stacks. At the Haunted Bookshop, a used bookstore, you might be kept company by resident cats. At the nationally acclaimed independent Prairie Lights, I attended a reading by author Carmela Ciuraru who promoted her book Nom de Plume, a collection of short biographies about writers who used pseudonyms.

Wander around the city and find literary quotes emblazoned in bronze sidewalk plaques: 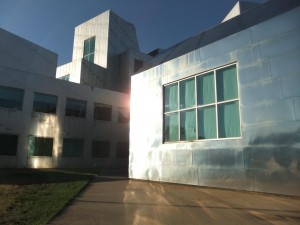 “All of us felt it. We must have. For in front of their gate, before we drove away still wearing their burnooses, we fell into a four-ply, laughing hug, we were so glad to know one another and so glad that all the trillion chances in the universe had brought us to the same town and the same university at the same time.” – Crossing to Safety, Wallace Stegner

The festival offers weeklong and weekend-long sessions throughout June and July. There are three two-week intensives this year. Most sessions are open to writers at any level, though a few require application. Weekend workshops are $320 and weeklong workshops are $620-$640. Housing is available on campus at the Iowa House Hotel or at nearby motels, hotels and Air BnBs. For more information, visit www.iowasummerwritingfestival.org. Hint: If you’re interested in attending, don’t wait long to sign up. Workshops are limited in size and fill up quickly.

Six or seven years ago my advice to aspiring authors of nonfiction books was to build an audience platform by blogging. An example of how critical blogging could be to securing a publishing contract can be found in the case of Ann Marie Ackermann, author of Death of an Assassin: The True Story of the German Murderer Who Died Defending Robert E. Lee. After an initial assessment of her manuscript, I had recommended she start a historical true-crime blog, and she did. In fact, the editor of the ideal book series at Kent State University Press became a fan of END_OF_DOCUMENT_TOKEN_TO_BE_REPLACED