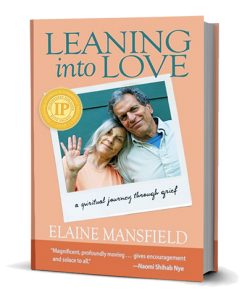 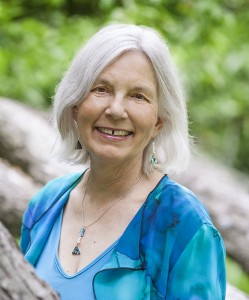 Leaning into Love: A Spiritual Journey through Grief, by Elaine Mansfield (Larson Publications) has been awarded a national gold medal for the best book in the category Aging/Death & Dying from the world’s largest book awards contest. The Independent Publisher Book Awards, known as the IPPY, honor the year’s best titles from around the world published by academic, small and independent presses. Nearly 6,000 entries from more than 2,000 publishers representing all 50 states, eight Canadian provinces, and 34 countries participated in the 19th annual Independent Publishers Book Awards.
The gala awards banquet for the IPPY Awards will be held Wednesday, May 27, in New York City. Elaine Mansfield will be in attendance with Amy Opperman and Paul Cash from Larson Publications and Jill Swenson. Larson Publications and Swenson Book Development llc will also showcase Elaine Mansfield’s memoir at Book Expo America at the Jacob Javits Center in New York City the last week of May.
Amy Opperman and Paul Cash from Larson Publications deserve recognition as a small and independent publisher for this title and also a hat tip to the cover designer Ann Kilgore of Paperworks. The writing style, voice, and editorial substance of Elaine’s book makes it a winner.
If you haven’t yet purchased the book, I highly recommend it. Uplifting and filled with grace, the story earns its gold medal.

Six or seven years ago my advice to aspiring authors of nonfiction books was to build an audience platform by blogging. An example of how critical blogging could be to securing a publishing contract can be found in the case of Ann Marie Ackermann, author of Death of an Assassin: The True Story of the German Murderer Who Died Defending Robert E. Lee. After an initial assessment of her manuscript, I had recommended she start a historical true-crime blog, and she did. In fact, the editor of the ideal book series at Kent State University Press became a fan of END_OF_DOCUMENT_TOKEN_TO_BE_REPLACED